I don't even know where this month went. It was like a bad hangover except nothing of that or well, any sort happened. I am currently on rocky grounds with movies- I can't seem to watch or write about them. It maybe the pressure of finishing 300 new-to-me films at the end of last year and all the awards talk and whatnot, but yes, it is pretty bad. January started out fine; for a while I even thought that I will be able to continue my streak of averaging 1-2 movies per day. However it was not meant to be because then I fell in love with Noel Fielding and everything went downhill. Sort of. I literally want to sit and watch his stuff all the time now, it's so weird. I started a lot of posts as well, but currently they are rotting in my drafts folder. Anyways, here are the things I saw in January. 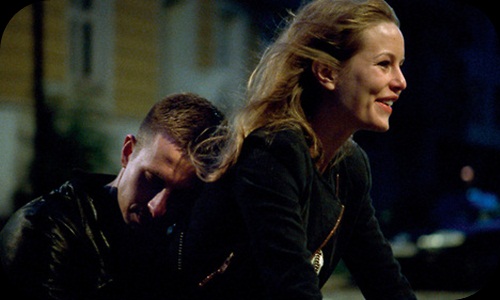 1) Zero Dark Thirty- I liked it more than The Hurt Locker (which isn't saying much) and the second-half of the film was pretty good, but it has completely vanished from my memory already.
2) Woody Allen: A Documentary- Though this wasn't the director's cut, I loved every second of it. Woody Allen is my favourite person in the world.
3) Django Unchained- FUCKING AWESOME!!!!
4) Anna Karenina- I thought it was just so gorgeous. I really enjoyed it.
5) The Imposter- So, so creepy. I prefer my film-world, thanks.
6) Paranorman- It was pretty good, and the last act really elevated it.
7) Celeste and Jesse Forever- I thought it was really sweet and smart.
8) Gangster Squad- So Gosling *did* fuck up his voice for this. Still, the best thing about this v. v. mediocre movie.
9) Les Miserables- I liked it a lot, very surprisingly. Might have even loved it were it not for Russell Crowe's "singing".
10) Silver Linings Playbook- Absolutely loved it. Wasn't expecting to. Must rewatch. JLaw for all of the awards!
11) The Best Exotic Marigold Hotel- I really liked it. It captured many elements of India really well, probably better than any other non-Indian film I have seen. The cast was lovely as well.
12) Cache- Successfully unsettled. Are you happy now, Michael Haneke?
13) The Discreet Charm of the Bourgeoisie- I was a bit baffled while watching it, but looking back on it, I did enjoy it.
14) Matru ki Bijlee ka Mandola- A number of surprising concepts in the film, though not executed as well as it could have been. Still, I love Anushka Sharma so much!
15) Oslo, August 31st- It was very beautiful and very sad. The scene where the picture given above is taken from is one I am not going to forget any time soon.
16) English Vinglish- Excellent film. Easily the best Indian film of last year. I recommend it to everyone.
17) The Sessions- Quite good, story and performance wise.
18) Dhobi Ghat- Pretty spectacular. Saw it in film studies and fell in love. 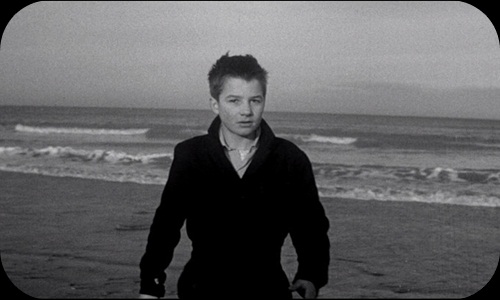 1) The Boat that Rocked- Last film of 2012 and first film of 2013. I regret nothing.
2) Breathless- In film studies. Jean Paul Belmondo is a sexy beast.
3) Bachelorette- I heart this film so much.
4) Nick and Norah's Infinite Playlist- I heart this film so much more.
5) Skyfall- I needed everyone I know to have watched this.
6) The Cabin in the Woods- Man, that homicidal unicorn!
7) The Perks of Being a Wallflower- This film kills me.
8) The 400 Blows- Rewatched it after a very long time in film studies. God, it is stunning!
9) Les Miserables- Cosette sucks.
10) Django Unchained- Loved Django so much more this time around. 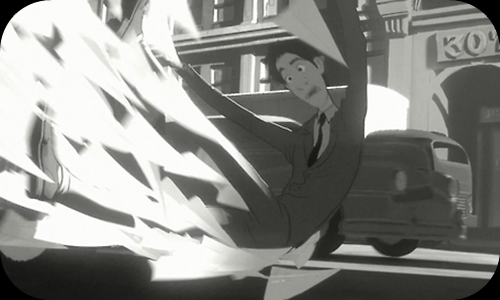 Paperman- Disney's Oscar nominated short is one for the ages. So adorable, simple and complex at the same time and with loads of heart.

1) Breaking Bad, season 4- Holy shit, what is this show?! Blown away. Gus :O :O
2) Homeland, season 1- I quite liked it, but then again, not that much.
3) The Hour, series 1 & 2- Ben Whishaw, you beauty! It's pretty good, especially the second series, but bloody cliffhangers. *shakes fist* BRITISH TELEVISION!
4) American Horror Story: Asylum- I absolutely loved this season. It was batshit crazy and so much fun, and extremely cinematic. There were Nazis, aliens, nuns, serial killers, Anne Frank, Satan and even a bit of breast feeding (eugh). a) Favourite episode- "Unholy Night" and "Split Milk". The former for all the Christmassy madness and the latter because of Lana and how freaking amazing it looked. b) MVP- Sarah Paulson as Lana Winters and Lily Rabe as Sister Mary Eunice. Lana is one of the most badass female characters I have seen in television. This series could not have had a better hero. And Sister Satan is so cool and evil. That dance scene! c) Favourite quotes- Sister Mary Eunice's always affable humour, "Did you celebrate Christmas in your Nazi household?" And the moment I truly fell for Lana, "One day, I’ll bury you."
5) The Mighty Boosh, series 1 & 2- This is such a weird show, but also  incredibly funny. I'm so in love with Vince Noir, even though I think I am a lot like Howard Moon (maybe that's why). Noel Fielding is very pretty.
6) All the Never Mind the Buzzcocks episodes feat. Noel Fielding- Yeah... It's fun. He's pretty.

With February comes Oscars and exams. I don't think I will be watching many films (I better not), but I need to rewatch certain favourites of the year and some nominated films. I will hopefully publish some of the posts that I started this month and also come out with my best of 2012 lists. Let's do this!