The Month that was- February

This has been one of my worst movie-watching months in perhaps, years. 9 movies- whaat? It's kind of insane because last February, I watched 61 movies, which is one of highest month watches ever. Anyways, this was because of goddamned exams and all the free time was utilised in making my end of year lists. In case you missed them- my favourite films, performances, shots, scenes, fight scenes and everything else. February was also the month when I went slightly nutso about The Greatest Casting Decision Of All Time. 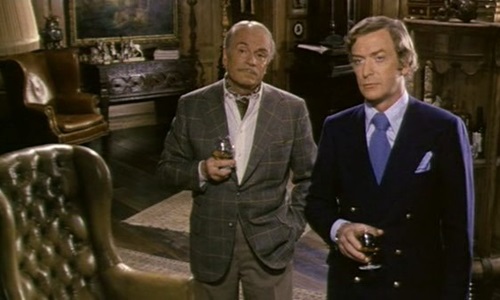 1) The Impossible- I have a feeling this film was made to test the cynic in us. I, for one, thought it would be hilarious if the plane would have crashed at the end of everything. Anyways, I loved Tom Holland and it was a nice enough film.
2) The Master- Finally! I did not love all of it, but I really loved parts of it. And great cast led by Joaquin Phoenix.
3) Warm Bodies- Awwwww. As adorable and smart as I had expected it to be.
4) Sleuth (1972)- Genius, fun, scary; impeccably acted, directed and written and the set design was as perfect as they come. I totally saw a third person though!
5) My Left Foot- Finishing my Daniel Day-Lewis Best-Actor-Oscar trilogy. I didn't really like the film but he was excellent. 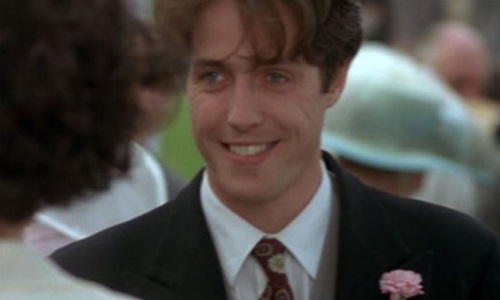 1) Cloud Atlas- My love for this film will grow everytime I rewatch it. Masterful.
2) Silver Linings Playbook- Ditto. Also, YAAY JENNIFER LAWRENCE!
3) Four Weddings and a Funeral- I was unable to follow my Valentine's Day tradition of watching Casablanca followed by Bridget Jones's Diary this year, but thankfully, I folded a couple of days before and watched this. I adore this film.
4) Hot Fuzz- Watching this film in parts is what kept me from going into complete zombie-mode during my exams. It is my #101st (ish) favourite film, I swear. 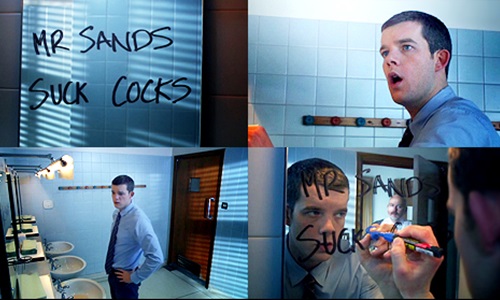 1) Series 3 of The Mighty Boosh- The best series of the show- so funny and weird and awesome. Oh my Vince! Why did it have to end? :'(
2) Series 1 and 2 of Being Human UK- I generally like supernatural shows and have a huge crush Russell Tovey. I liked the show, though I prefer it when it is lighter and more absurd. The scene shown above is one of the funniest things I have ever seen. I properly laughed till my insides ached.
George: '"Mr. Sands Suck Cocks"? For God's sake! It's "Mr. Sands Sucks Cocks" - singular, not plural. Have I taught you nothing?'

With March, hopefully I can bring things back on track.
Posted by Nikhat at 11:23 pm