1 Day to Doctor Who- The Doctor 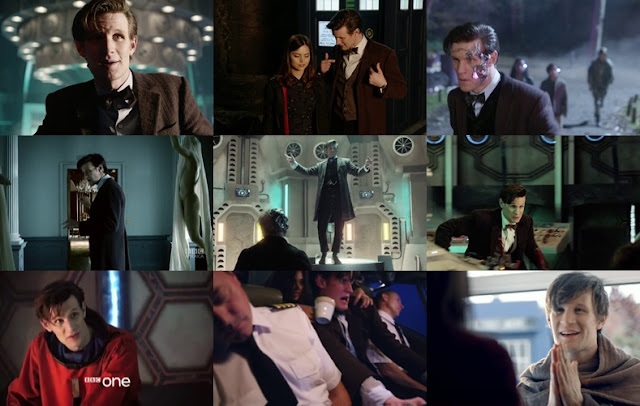 *Of course*, my most anticipated thing about the second phase of series 7 of Doctor Who is the Doctor himself. Matt Smith's Eleventh Doctor is my favourite incarnation of the legendary timelord and if it weren't for him, I would not have started watching and subsequently loving this show at all. Also, there are rumours going around that this may just be Smith's last series as the show's hero (DENIALLLLLL). It might be because of his all-important role in Ryan Gosling's upcoming directorial debut. Most unfortunately, this does feel like a possibility and in that case, this series has become even more crucial. Plus there is Doctor's big secret and all the Clara-ness to happen. And obviously, there is this factor.

And tomorrow, it begins...