Very soon it is going to be the third anniversary of this blog and to celebrate, I am making various film-related lists. In this list, I enumerate some of my favourite performances by actors. The list is in random order with my absolute favourite performance crowned at the end. 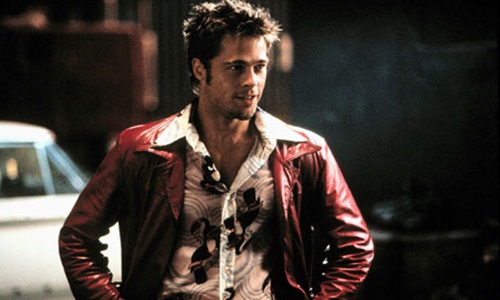 In a way, Pitt's Tyler Durden is my least favourite character of the main trio of Fight Club. But the more I think about it, the more amazed I am by his performance. Durden is crazy, strong and charismatic, someone not dissimilar to Satan in Paradise Lost, and Pitt brings to it so much energy and danger to Durden that one cannot imagine anyone else in his place.
Favourite scene- After being bloodied by the owner of the basement in which he holds his fight club, Tyler laughs hysterically and spits blood all over the man, leaving him very frightened indeed. 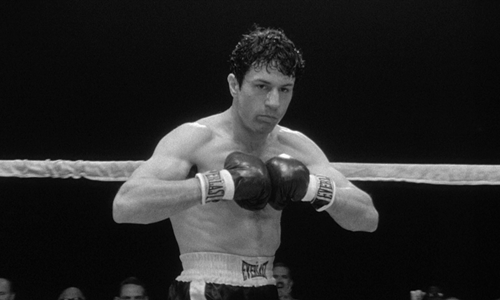 If you know me, you would know of my abhorrence towards sports and everything sports-related, in however big or small way. In spite of this, I could not help but be gobsmacked by De Niro's legendary turn as Jake LaMotta.
Favourite scene- LaMotta in his prison cell, punching and hitting his head against the wall and then collapsing crying. 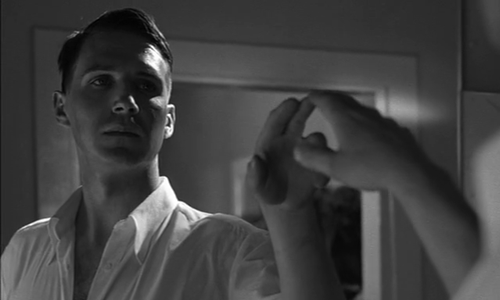 I have often spoken about how Schindler's List is sometimes a bad example for me for a Holocaust movie because I am so enchanted by Fiennes' Amon Goeth, in all his repulsive glory. He personifies everything that was wrong about that time and the worst acts of genocide and hatred that the world ever saw. It is a scarily brilliant performance.
Favourite scene- Goeth looks at the mirror and like a benevolent god says, "I pardon you." 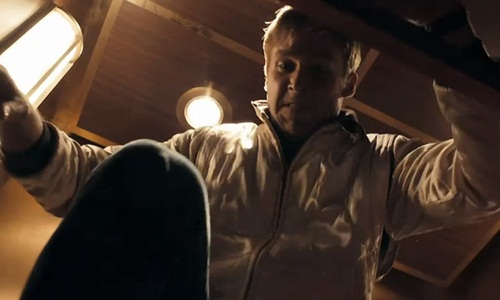 I have a thing for internalised performances. Gosling's Driver is a lonely and taciturn man who has a very lethal side to him that he keeps just under control. This underlying current of danger that is always present in his performance gives him a sort of edge that makes him one of the coolest anti-heroes of our time.
Favourite Scene- The Driver interrogates Blanche. The restrained anger is terrifying. 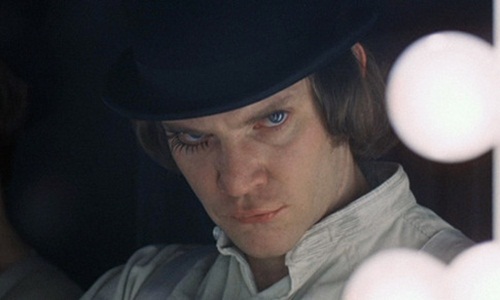 Malcolm McDowell in A Clockwork Orange

Speaking of anti-heroes, I am particularly partial to my favourite one, Alex DeLarge who is brought to life by McDowell. His DeLarge thrives on violence and Beethoven. I think this is a very brave performance in many ways. Not everyone would like to be the embodiment of nihilism but McDowell does it fantastically.
Favourite scene- The Minister of Interior feeding Alex while Alex artfully taunts him. 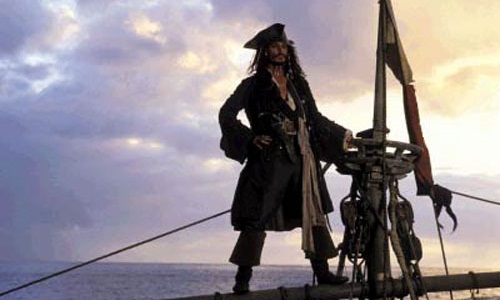 Johnny Depp in Pirates of the Caribbean: The Curse of the Black Pearl

Whatever one says or thinks of his career choices now, Depp's ability to morph into a character is astounding. And his Captain Jack Sparrow feels almost like a real living and breathing person. He isn't Depp as Captain Jack, he is Captain Jack himself. Depp immerses himself in this role completely, with all the mannerisms and acting and charm, and gives us a modern hero like we've never had before.
Favourite scene- "She's safe, just like I promised. She's all set to marry Norrington, just like she promised. And you get to die for her, just like you promised. So we're all men of our word really... except for, of course, Elizabeth, who is in fact, a woman." 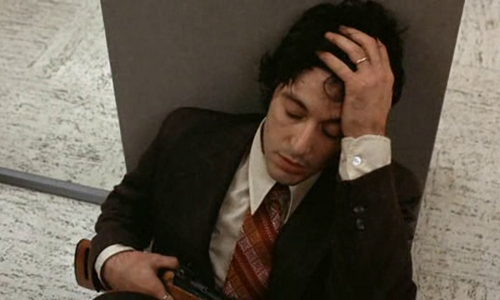 The only word I can use to describe this performance is all-encompassing. I really do not believe that there is any emotion that a human being can go through that Pacino's Sonny doesn't go through in this film and he shows it all so beautifully.
Favourite scene- Sonny talks to Leon on the phone. We get to see just how confused this man is about everything that is happening to him. 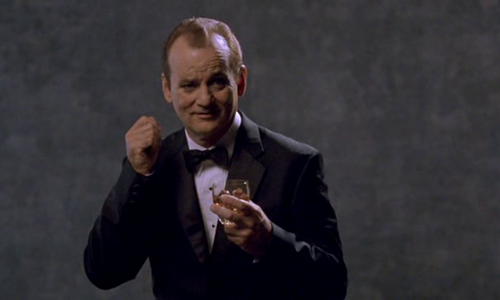 Bill Murray in Lost in Translation

Sofia Coppola wrote this part for Murray and it was really custom-made for him. While being one of the funniest men alive, Murray brings a sort of tragedy and vulnerability in this persona of him. A most nuanced and lovely performance.
Favourite scene- When he first says goodbye to Charlotte and watches her walk away while having to take pictures with the hotel staff. 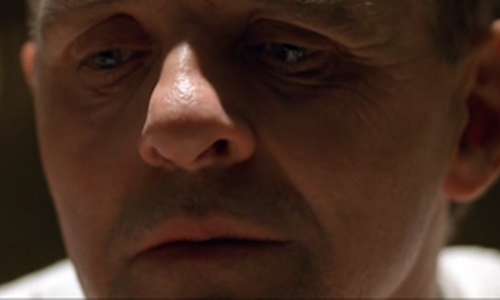 Anthony Hopkins in The Silence of the Lambs

For a character who is there for only sixteen minutes in the film, Hopkin's Hannibal Lecter pervades the entire running time because of his unforgettable menace and startling softness towards Clarice Starling. My favourite villain ever.
Favourite scene- When we finally see this "monster" in action and then him listening to music covered in another man's blood.

Which brings me to my favourite male performance- 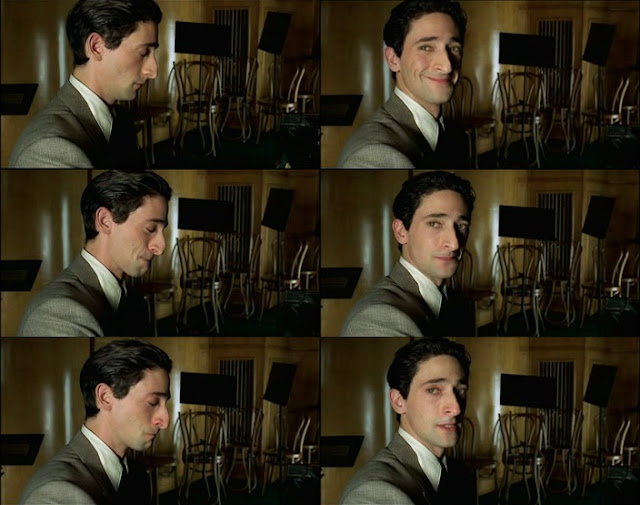 Adrien Brody in The Pianist

Just look at the stills above. This is towards the end of the film, when Brody's character Władysław Szpilman is finally playing a piano after having witnessed the horrors of Holocaust. He starts out at peace and then after seeing one of his friends outside the recording room starts to feel happy, but soon reality hits him and all that he suffered and lost is remembered and he starts to cry, only to try to compose himself and finish his beautiful piece.
I was stunned by Brody when I first saw The Pianist. He is alone throughout a major part of the film, barely talking to anyone... in a room, living, surviving. His character goes from being a sprightly attractive man at the beginning of the film to someone who is can barely walk straight and is almost ape-like by the end . There is so much pain and guilt and fear in this performance that it just breaks my heart. I have never seen a more deserved Oscar winner.
Favourite part- Szpilman walking down pillaged streets, crying, and when he plays a piano at the command of a German soldier.