The Month that was- August

Sorry I'm a bit late on this post! August has been a bit of a blur, due to the play, the traveling, the birthday, the ill-health etc. I had honestly felt that this was the month where I have watched the least number of movies, but apparently no. I managed to squeeze in 26 films this month (counting a film I rewatched twice). Yaaayy! 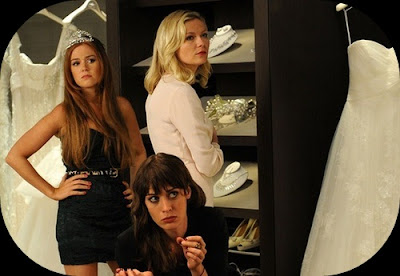 1) Kahan Kahan Se Guzre- This is a documentary that was screened in my college about a very eminent Indian theatre and cinema personality, M.S. Sathyu. It was alright.
2) Beowulf- Because we're studying it in our course and the professor wanted us to see how terrible this adaptation is. It truly is.
3) Haywire- That Fassy vs Carano fight has become my most favourite fight of this year. The rest of the film fades in comparison.
4) Margaret- Oh I loved this. It was so flawed, but I was at a loss of words and just a bundle of emotions after I saw it.
5) Swingers- It was fun. Vince Vaughn gets on my nerves though.
6) 2 Days in New York- This had its moments, but not as good as its predecessor, 2 Days in Paris.
7) Short Cuts- I had been meaning to finish this for months. It was very good. I love ensembles.
8) Waking Life- This should have been a part of my animation month. So weird and dreamy. But it needs to be watched completely awake.
9) Bachelorette- And thus, a life-long love for a movie is born. I adored it. Almost every minute of it. It was everything I wanted Bridesmaids to be.
10) Cabin in the Woods- This was so clever and awesome! I can see this becoming a cult favourite.
11) Stagecoach- For film studies. I quite liked it, and also didn't fall asleep! Point for westerns.
12) Delicatessen- Oh this was so dark and cool and quirky and pretty and delightful. There were sequences in it that I will love forever.
13) Another Woman- Oh Woody. Many a time when I watch one of Woody's movies, it ends up being the perfect cure for whatever mood is ailing me at the moment. This was no different. Just lovely.
14) The Last Picture Show- There were elements of it that were just spectacular, but I found it very hard to concentrate on the movie.
15) Stand By Me- I love how simple yet how profound this was. A truly remarkable coming-of-age film.
16) Shirin Farhad Ki Toh Nikal Padi- This could have been a good film. Casting Boman Irani and Farha Khan as its leads was nothing short of extraordinary, but god. So much unnecessary drama. Eugh.
17) The Deep Blue Sea- The only thing more stunning than the look of this period drama is Rachel Weisz's flawless performance as its tragic heroine. Pretty good. Stupid last shot. 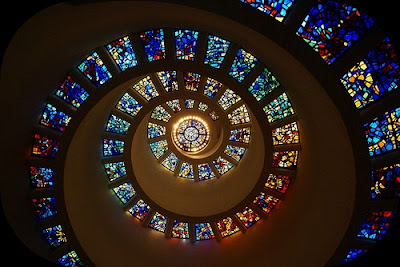 1) The Dark Knight Rises- Frustrating because it is so close to perfection and then lets stupid flaws come in its way.
2) I'm Not There- There's so much of this film I don't understand, but the fact that it exists makes me happy.
3) Hugo- For film studies. I made them watch it after we finished studying Méliès.
4) Singin' in the Rain (twice)- The first time for this post, and the second time for film studies.
5) Bachelorette- I had to watch it again. It's just that much fun!
6) Batman Returns- I love you Michelle Pfeiffer. You are still the best Catwoman ever.
7) The Princess Diaries- It was coming on tv. I like it. Bite me.
8) The Tree of Life- Made my film studies class watch this as well. I'm sure some of them hate me by now. 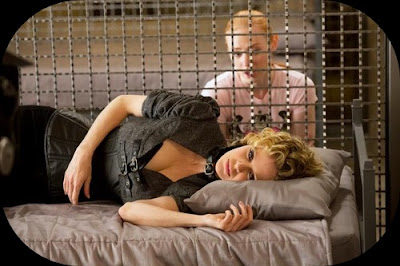 Well, True Blood season 5 came to an end. So did The Newsroom but I just gave up watching it. Regarding True Blood, what a crap and fucked up season! There was a lot of unnecessary shit, but it did end with a bit of a bang so yaay! And it had a fairy strip club, so YAAAY! a) Favourite episode- Save Yourself. It was a fun season finale okay. Points for death by fly, orgasmic fairy-human birth, evil Bill. b) MVP- Deborah Ann Woll as Jessica Hamby. I love her. She makes this show fun and almost realistic, because she is as confused by this world as we are. Also the scene where she makes Hoyt forget her *tears forever*. c) Favourite quotes- Steve Newlin's incredible admission, "I'm a gay vampire American", Jason Stackhouse's "That train has already sailed" and the deadpan queen, Pam's "You don't know me that well. My angry face and my happy face are the same." 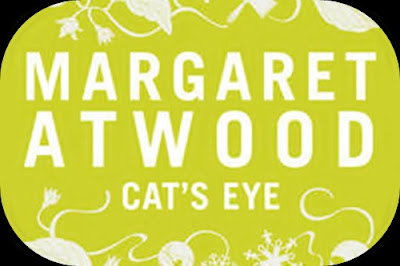 Cat's Eye by Margaret Atwood- Read it throughout my train journey. Not the best book to read when you're suddenly looking back on the last 20 years of your non-life and wondering what happened, but really well-written. I liked the detailed style of writing, but sometimes it got on my nerves.

This month I will hopefully get my viewing back on track. There are quite a few posts I intend to publish soon (though intention vs reality is a significant factor to consider), so watch out for them. Byee.