When I heard of this blogathon being hosted by Ruth of Flixchatter, I got really excited because I love small roles that have massive impacts. But I could not decide on one and after thinking it over and over again in my head, one performance, though not as obscure as the guidelines say, stands high and above any I can think of to bestow such a title on. I have spoken about two more that are second and third in my eyes respectively.

The many many honourable mentions- Everyone in Scott Pilgrim VS The World, especially the awesome Kieran Culkin, Anthony Michael Hall in Sixteen Candles and The Breakfast Club, Stanley Tucci in nearly everything he has done, likewise for Allison Janney, Michael Cera in Juno, Chia Hui Liu in Kill Bill Vol.2 etc. 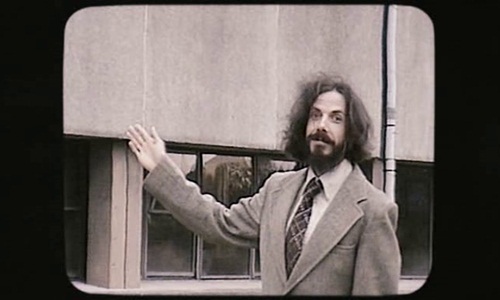 Very few characters can make me laugh like Taylor's Lloyd Tate. He's like the most adorable depressed person ever. There is always a tinge of humour in his sadness and vice versa. Whether he is explaining about his love for oceans or giving his son Oliver relationship advice or drinking lemon water for days on end, he is so subtly, almost pathetically funny, and my heart goes out to him in every scene of his in this movie.

Favourite part of his performance- "Listen, look, I know you think I'm very boring, you know... but once I ripped my vest off in front of a woman, and err... it was very effective actually. It produced a very atavistic response." 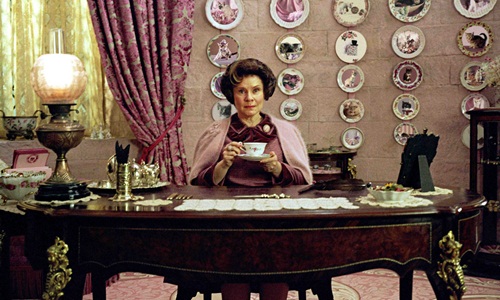 Imelda Staunton in Harry Potter and the Order of the Phoenix

In a way, almost the entire Harry Potter cast, certainly most of the adult actors, should qualify for this blogathon. I choose Staunton out of all of them because her Dolores Unbridge was a fantastically awful woman. I mean I hated her in the books, but with Staunton's pinkness and squeaky voice and this truly sinister undercurrent in her performance, I was terrified of her in the movie. Do not be fooled by the cat-lady act. Give me a 1000 Voldemorts any friggin' day, but keep this fuzzy pink monster away from me!

Favourite part- Inviting Harry to that super creepy office of hers for detention, and making him write "I must not tell lies" with his own blood *shudders*. 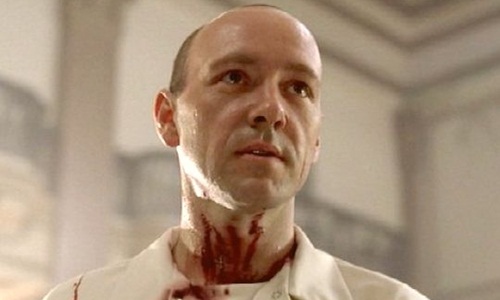 Se7en is a very disturbing film. We are shown all these horrific murders done by some diabolical mastermind. It is only towards the end of the film that we see this John Doe, the man behind the deaths. We already have formed an opinion, an image of him in our heads, and when Spacey walks into that police building, covered in blood, he is everything we had imagined and more.

Spacey is amazing as John Doe. All of his actions, his provocations, his "admission" of his "sin"- everything about him is incredibly scary and effective. You can understand how this man is capable of committing such atrocities. It is a bone-chilling performance, which helps make Se7en the modern thriller classic it is.

Favourite part- When he is sitting in the backseat of the police car, telling Mills and Somerset of his "perfect, flawless series of murders" and how no one will ever forget them or him. He was right of course.

So there you have it. These are my choices. Do check out Ruth's site for other entries. Also tell me about your choices in the comments.
Posted by Nikhat at 7:05 pm