The "Hit Me With Your Best Shot" series hosted by The Film Experience is celebrating the Gene Kelly's Centennial Week with the musical classic Singin' in the Rain. I adore this film. It was the first "old" movie that I loved, even though I didn't find it perfect. I still don't, but few other movies can fill me up with so much pure, unadulterated joy.

Some of the things I love about it- 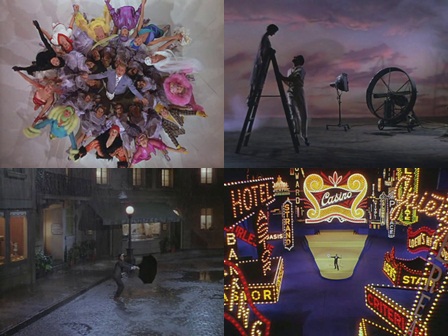 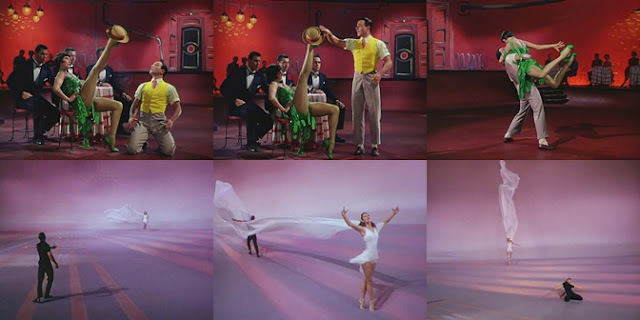 For example, O' Connor's awe-inspiring screwball humour in "Make 'Em Laugh". Just look at his face, though the best part is when he jumps off the painted wall (the last image). I love how it looks, though I found it impossible to capture perfectly since it happens so fast. 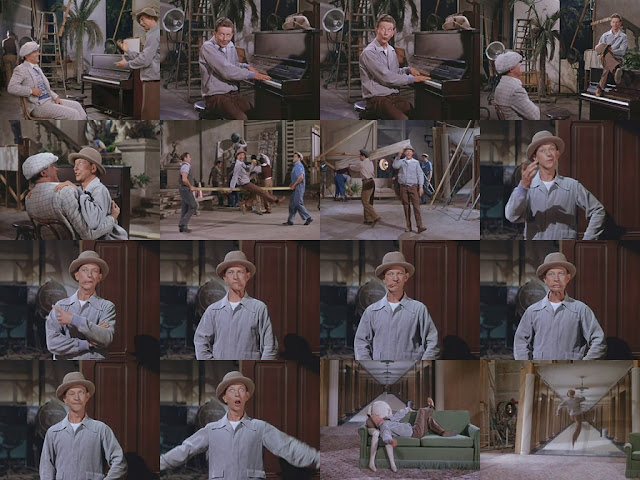 Then there's Hagen. Now the arguably the best thing about her in the movie is her voice. Just the first time we hear it, we cannot help but me shocked yet amused. And the contrast between her diction and her proper diction coach is hilarious. But her well-deserved Oscar nomination was not only for that. Just see her expressions, and how they change when Kelly's character Don Lockwood doesn't let her character Lina Lamont make a speech at their film's premiere. 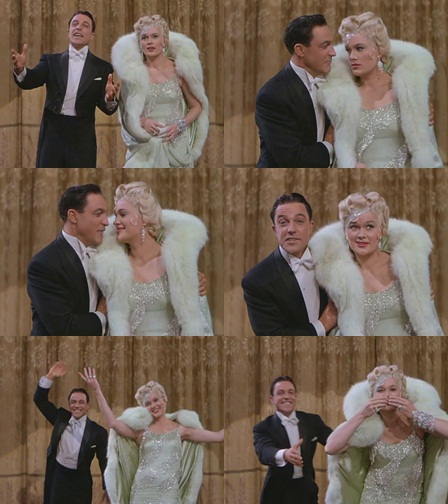 That's why my favourite shot is- but first, a little build up: Lina has just coerced the head of her studio to make Kathy, played by Reynolds, to voice her in all her talkies and after the successful reception of the first one, wants Kathy to sing a song for the audience behind the curtain, while she lip-syncs in front.

Basically Don, Cosmo and R.F., the studio head, pull the curtain to reveal the true singing star, Kathy Selden, though Lina has no clue yet.
Then, Cosmo comes and starts singing in Kathy's place and Lina is just beginning to register that- 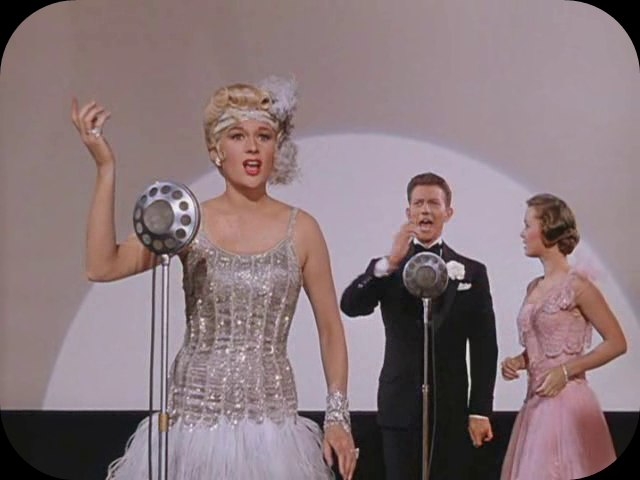 This is why I love them so much. Cosmo is a genius- he is always the one who comes up with the ideas, and they are usually really funny. Here he is publicly humiliating Lina in the most humorous way possible. And Lina, well, her face perfectly captures and explains her catchphrase, "Am I dumb or something?" Priceless.