The Month that was- July

This month sure did start out great, but then college began and things became really hectic. I have seen 46 films, including quite a few shorts. Of course it was also my Animation Month, as made very evident by the list below. I am excited about August though because it is the birthday month and though I don't know how much I can write about them, I intend on catching up with some essential watching. 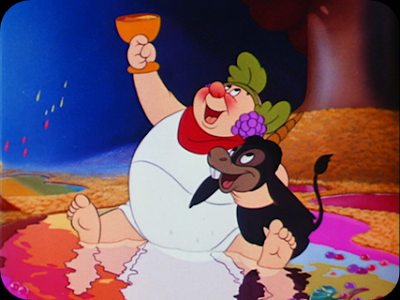 1) Alice in Wonderland- Groovy as hell. Captures the book very well.
2) Fantasia- Absolutely incredible. So ambitious and overwhelmingly beautiful. Easily the best Disney could offer.
3) Bambi- Simple but effective. Also the animals are so cute!
4) Cinderella- Big fat meh.
5) Antz- Woody Allen is too awesome even as an insect. Loved all the Woody-ness.
6) Peter Pan- It shied away from some of the darker, and my favourite, parts of the story.
7) Little Mermaid- It was very sweet and beautiful. Ariel is adorable.
8) Bol Bachchan- Bollywood, stop with this nonsense already!
9) Dumbo- Such a downer. Even with a flying a elephant.
10) Mulan- Oh she's such a great Disney princess, and this film is hilarious. Love it.
11) Ferrari Ki Sawaari- My granddad's first film in a cinema theatre in about 25. And a really touching and sweet one at that. Sharman Joshi's smile is to die for.
12) Lady and the Tramp- Not a dog person, so a big fat meh again.
13) Pocahontas- I am so in love with Pocahontas. She is the prettiest Disney princess of them all. I thought it was quite a stunning film.
14) The New World- I liked the previous film so much that I just had to watch this. It was beautiful, as all Terrence Malick films are, but this one felt tedious too.
15) Grave of the Fireflies- It was such a poignant tale, and so gorgeously animated too. If you don't feel like crying during this film, get your stone heart replaced immediately.
16) Hercules- The muses are the shit! Watch it for their sass, if not for anything else (definitely do not watch it for the mythology).
17) The Jungle Book- My bare necessities include a friend like Baloo. I need him.
18) Kahaani- Vidya Balan's massive acting chops and a lovely and true depiction of Calcutta make this thriller a rare Bollywood gem.
19) 101 Dalmatians- Screw the Disney princes, someone get me a Roger! Fun fun fun.
20) My Neighbour Totoro- Wish I had seen this as a child. The catbus is pretty spectacular though.
21) Perfect Blue- A great psychological thriller. I have never seen an animated film like that.
22) Despicable Me- I want them minions. Really delightful film.
23) The Dark Knight Rises- I will be watching this again and then may or may not review it on the blog. But for now, really really liked it, but didn't love it as much as The Dark Knight and The Avengers.
24) Paprika- Confusing at first, but the surreal animation nearly won me over.
25) South Park: Bigger, Longer & Uncut- Smart and profane- just how I like it.
26) The Fireman- Saw this in film studies. Early Chaplin movie with a lot of his physical gimmicks, but not so much heart.
27) A Dog's Life- Film Studies again. This one had more heart, but also a dog :/
28) Akira- Badass and excellent and impactful.
29) Arthur Christmas- Dawwww. Christmas movies are the best! 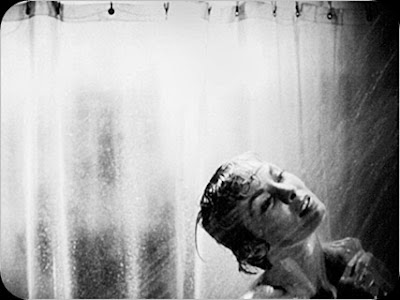 1) Submarine- This film is so endlessly rewatchable. That soundtrack owns my heart.
2) The Prestige- I needed to see if my dislike towards this movie was due to my irritable sleepiness. Apparently not, though it sure is a pretty film. I also wrote about it on Alex's blog.
3) Ocean's Eleven- There are very few films that are as entertaining as this. Rusty is my fav.
4) Batman Begins- I had started watching The Dark Knight, but then decided to watch this instead because I barely remembered it. Turns out it was a good idea because TDKR draws from this so much.
5) Psycho- For film studies. I was the only one who had watched it, and then hearing people's reactions for the scene above was totally brilliant.
6) Spider-Man- This film is so much fun, though it does look a bit tame now. Tobey Maguire is a superb Spidey, that kiss is marvelous, the swinging is magical and the villain is uber cool. 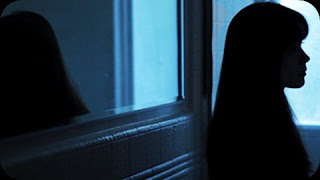 1) Tin Toy- Boy is the baby disturbing in this. Pixar has come such a long way, though you can see the beginnings of the concept of Toy Story in this.
2) Geri's Game- It is such a simple concept, but Pixar executes it perfectly.
3) Day and Night- Such a joy. This film is the essence of why I worship Pixar so much. It is about Day and Night meeting each other, and it is enchanting!
4) Partly Cloudy- Another Pixar short with so much warmth and respect for friendship. Beautiful to look at too.
5) Presto- A total riot. The funniest short Pixar has.
6) One Man Band- I remember watching this and it was as joyful now as it was then. Love the use of music, and that ending.
7) Lifted- I think any and every person who has ever been a student will relate to this film. Pretty funny too.
8) Boundin'- I love how all these shorts have a message to them. This one is about rebounding and moving on and having a blast in the meantime.
9) For the Birds- Another old one. Birds can be such bitches. Superb humour.
10) Knick Knack- Another uncomplicated idea executed impeccably.
11) Earrings- Alex Withrow's short, that can be found here, is a beautiful and haunting look into the life of a troubled woman. Especially love the Radiohead segment. 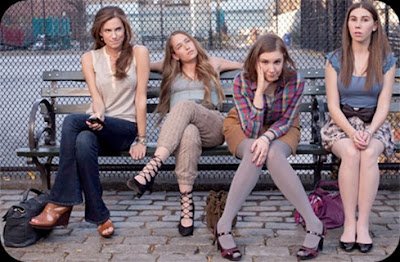 HBO's Girls- A prime example of first impressions being wrong. The first episode freaked me out, because it felt too realistic. But all the episodes since were genuinely great. Lena Dunham has made me a total fan, of hers and this show. Cannot friggin' wait for the next season! 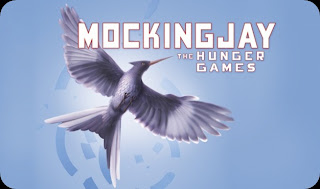 Mockingjay by Suzanne Collins- I really liked how it was set in the world outside of the games, but Katniss becomes very annoying very quickly. Still, it did eek out quite a few gasps from me.

IT IS BIRTHDAY MONTH BITCHEZZZ! BYEE!