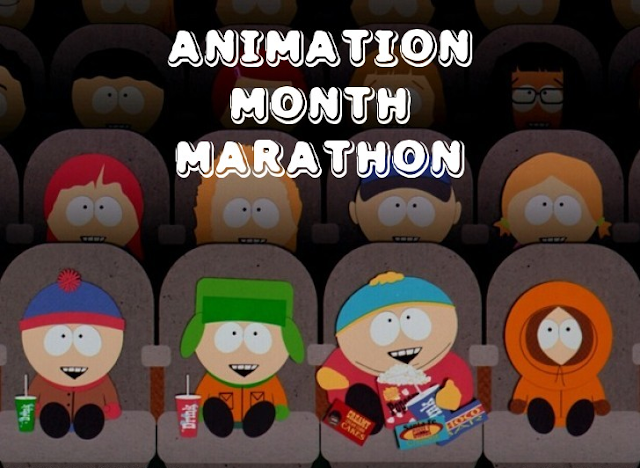 O you cruel dashed hopes! I had started out with 40 titles to watch this month, including rewatches, but soon it was apparent to me that I won't be able to fit in all of them. Still I had hoped that I would cover my 26 first-timers. With a lot of difficulty, I have managed to fit in only 24, with quite a bit of effort I might add. Maybe I can do another animation month eventually and finish the rest, and more, because one thing I did manage was to get a new found appreciation for animated films, outside the realm of Pixar. 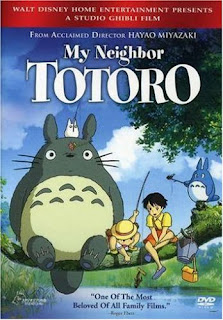 1) My Neighbour Totoro (1988)- I think if I were about 10 years younger, I reckon that I would have really loved this film. I still liked it quite a bit, and the animation, but there’s only so much of little kid crying that I can take.

The totoro itself was absolutely adorable. Like the Disney films of this month, this seemingly happy film has quite a dark side to it. Thankfully, the catbus comes to the rescue to those who suffer, at least in this world. 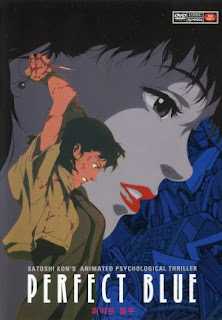 2) Perfect Blue (1997)- This film is famous for its Darren Aronofsky connections. While I could not find the big Requiem for a Dream reference, the Black Swan allusions were clear as a day. It was a pretty far-out animated film, to say the absolute least. Not for children at all.

I liked the way the protagonist’s mind and control over reality deteriorate over the course of the film. It actually makes the viewer equally confused. I felt that the climax was a bit weird and I don’t think I followed completely, but overall, very good. 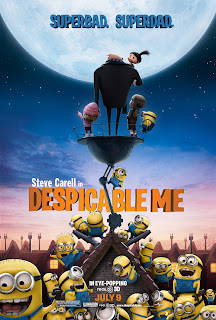 3) Despicable Me (2010)-  A lot of people seem to love this film. It is really sweet and quite funny, so I guess I get where they’re coming from. I like a “good” baddie, and Gru is just that. Also his minions were totally epic and if I were to fulfill my dreams of being a supervillain who can steal the friggin’ moon, I would want them to be my army too.


The three girls were very cute as well. It was a surprisingly heartwarming film. Not a lot, since there was no crying involved on my part, but enough to make you smile. 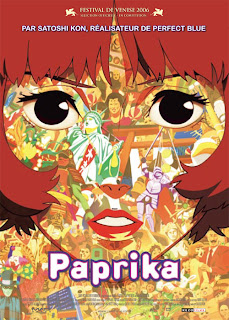 4) Paprika (2006)- Now at the beginning of this film, I was beyond confused and perplexed as to what it was that I was watching and who the hell this Paprika was anyways. It was quite a while later that things started to make sense.

People compare this to Inception, but I think the only thing common to both is the whole world of dreams that they are mostly set in. Paprika is very surreal, which is what I liked about it. I love the colours of the dream parade, and also the inclusion of films in such a place. Paprika, the character was strange, but I quite liked Dr. Chiba. The animation is definitely the best part of the film. 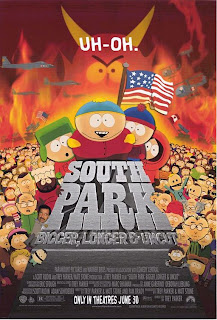 5) South Park: Bigger, Longer & Uncut (1999)- I have never been an avid watcher of the television series, but that’s because I am barely a TV person. Still, even with all the Indian censorship, I liked whatever little I had seen. So I was already on board when this film started, and boy was it some super-crass, super-awesome fun!

This is one smart movie with a really nice and important message, which was astonishingly unexpected to say the least. Personally, I like it for the potty-mouthed children and the “evil Canadians” and the Disney princess-esque Satan and whatnot. It is a total riot, but a rewarding one too. Also, Kyle’s mom is definitely an uber bitch. 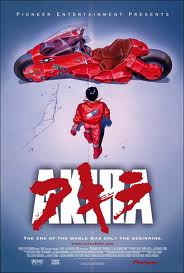 6) Akira (1988)- Woah that was brilliant! This film stands alongside Fantasia for me because it showed me things that I could have never even imagined to be a part of animated films. It has fantastic action and cool bikes and huge explosions and powerful villains and badass teenagers and just so much more.

A dystopian tale, it also looks at what jealousy can drive people into doing and being. I loved both the protagonists- Kaneda and Tetsuo. The animation is just mind-blowingly amazing. I can see why people would want to make a live action remake, but then again I can see them failing miserably. The music is superb too, and it is a great movie-watching experience all together. 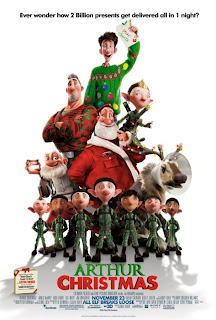 7) Arthur Christmas (2011)- Aww I love Christmas movies, and especially those about the Christmas spirit and the north pole and Santa. This film is about Santa's family, and especially his younger son Arthur, who must deliver the present to the only child his figurehead dad and adept brother missed in the whole world.


There is a lot to like in this film- the varied characters that the Clause family consisted of, the hi-tech North Pole, all the elves and especially the packing expert Briony, the magical sleigh- so many Christmas elements that one cannot help but feel cheerful. It also talks about changing times. It really is an adorable film that is officially going on my favourite films to watch on Christmas list. Also I can hear James McAvoy talk all day. 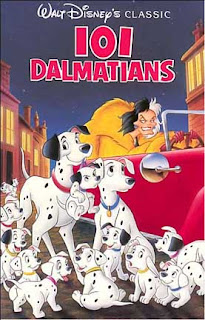 Updated: 8) 101 Dalmatians (1961)- I can't believe I forgot to mention this film, seeing how much I enjoyed it. Despite not being a dog person, I love all the canine friends in this film. They are actually too cute. But the cutest of them all is Roger, the male owner. His "Cruella De Vil" has been stuck in my head for a while now. Also Cruella is ab fab.


The final act does get a bit annoyingly long though. If the film had finished earlier, it would have gone to join my list of favourite Disney films. A lot of fun still.