"I am not formed by things that are of myself alone."- FAVOURITE SCENES OF 2013

They're finally here! My "best of 2013" lists are go! I begin with my favourite scenes/sequences of the movies that released in 2013. Last year I divided this list into a normal Best Scenes list and a Best Action Scenes list but this time, it's back to being one list.

P.S.- There are a lot of endings that have made their way into this list so SPOILERS of course!

P.P.S.-I am going to say right from the start that 2013 was a fantastic year for movies and all my lists are actually very long and I am only highlighting a part of them, so please don't think that I don't appreciate the things that haven't made it into my lists.

Honourable mentions: The dance scene in The Heat, the Gos gets his ass kicked in Only God Forgives, "Let It Go" in Frozen. 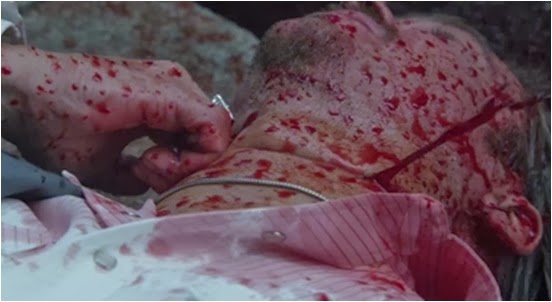 Westray dies in The Counselor

One the whole, I found The Counselor to be dull and forgettable, except for one fantastically shot and freakishly creepy death scene towards the end. This mode of killing was described earlier in the movie and seeing it executed is both brutal and thrilling. Brad Pitt does excellent dying man acting too. Best death scene of the year :) 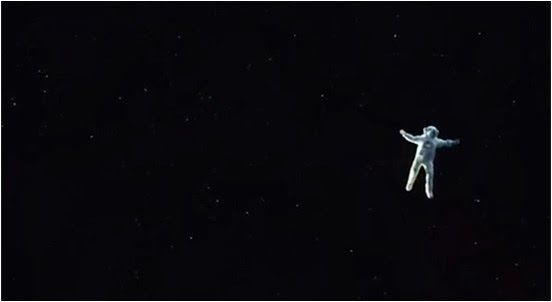 Ryan gets detached in Gravity

This scene stood out the most for me on my first viewing of Gravity and it *almost* distracted me from the enjoying the rest of the movie because I was that floored by it. In one single take, the kind that the duo of Emmanuel Lubezki and Alfonso Cuaron have become famous for, we see Sandra Bullock's Ryan Stone spiraling into space and how the camera moves closer and closer to her until we start seeing from her perspective and then it moves back out again. It's absolutely gobsmacking, visually, thematically and emotionally. Bravo. 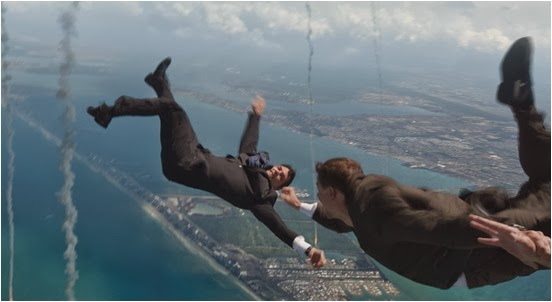 Barrel of monkeys in Iron Man 3

Some time at the beginning of 2013, Iron Man 3 was my favourite movie of the year and this scene had contributed a lot to that (admittedly I had seen about 5 movies at that point). As fun as Jaegars and Kaijus fighting each other was, this is THE action sequence of the year in terms of pure action, thrill, innovation and just delight. We actually fear for those people's lives and it is amazing to see Iron Man save them in such a way, along with that hilarious twist at the end of it. 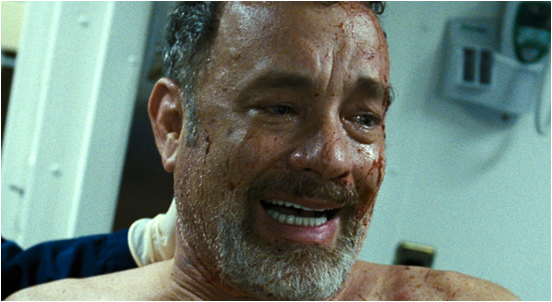 The ending of Captain Phillips

Captain Phillips is a very tense movie that keeps you enthralled throughout, barely letting you catch a breather and it is the same way for the characters in it, especially Tom Hanks' Captain Phillips. We see all the hardships that he goes through, protecting his ship from the Somali pirates and then being kidnapped by them, and how he still remains stable and calm. We almost wonder at his resilience to these incredible events, but then, right at the end, he lets go. And its shattering. I dare you to watch that scene without crying. 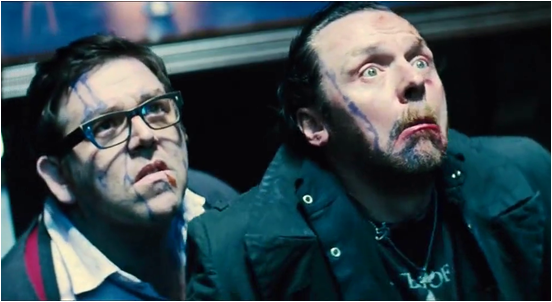 Gary King and his two musketeers come face-to-face with the Network at the last bar of their epic bar crawl and the one-liners that are unleashed have to be seen/heard to be believed.
It is the ultimate scene about defiance. Beatiful.
"Go back to Legoland, you cunts!" 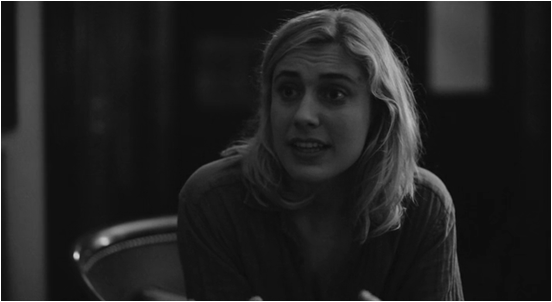 I was tempted to put the awesome dance-y run across New York streets set to David Bowie's "Modern Love" here, but I was left with my mouth hanging open and my heart completely gone when Greta Gerwig's Frances explains to some people at a dinner party what she wants in life.
"It's that thing when you're with someone and you love them and they know it, and they love you and you know it, but it’s a party! And you're both talking to other people and you're laughing and shining and you look across the room and catch each other's eyes. But not because you’re possessive or it's precisely sexual but because that is your person in this life. And it's funny and sad but only because this life will end. And it's this secret world that exists right there in public unnoticed that no one knows about. It’s sort of like how they say that other dimensions exist all around us, but we don't have the ability to perceive them. That’s what I want out of a relationship or just life, I guess."
When movies manage to explain something that you know to be true but have never articulated, it's just the best thing ever. I cried. 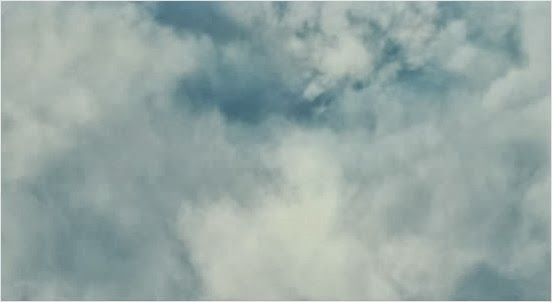 The ending of This is the End

I am not going to write about it in case someone who has not watched the movie is reading this post. All I am going to say is that I was ASTONISHED, SHOCKED, SURPRISED, FUCKING MINDBLOWN at it. Never expected it in a million years and god, it was heavenly ;-) 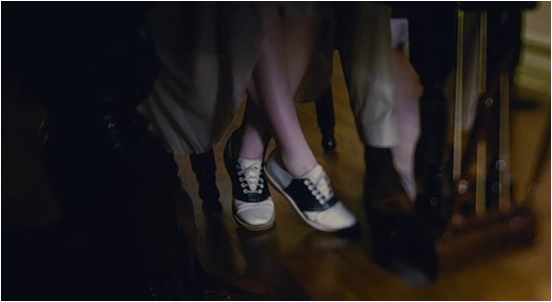 The piano duet in Stoker

Holy moly, I have never been aroused more in a scene that doesn't involve Ryan Gosling, ever. It's sinister and sexy. The chemistry between Mia Wasikowska and Matthew Goode is fantastic. The fact that nothing happens makes it even more eroticised. Musical notes and sexual tension heightening together to reach a crescendo, oh my! 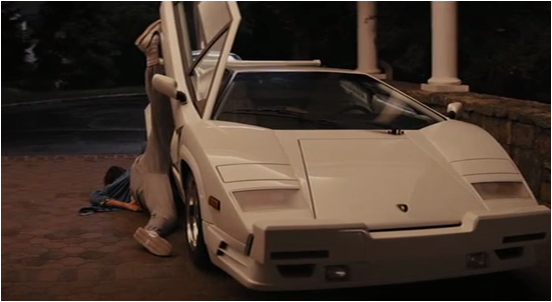 Lemmons in The Wolf of Wall Street

I am taking into account the full sequence from the Country Club to Jordan saving Donnie's life because I can. Everything, from the way Leonardo DiCaprio distorts his face when the lemmons trip starts, to the way he crawls, to the never ending steps in the Country Club, to the opening of the car door, to him screaming nonsense on the phone, to him fighting Jonah Hill's equally tripped out Donnie, to Donnie stuffing his face with salami because why not, to the juxtaposition of Popeye eating his spinach and Jordan snorting his coke- it is all part of the funniest sequence of the whole year. It's crazy and unbelievable and rip-roaringly hilarious and man, Leo is officially the modern master of physical comedy. I can't imagine the state of the set on the days this whole sequence was shot. 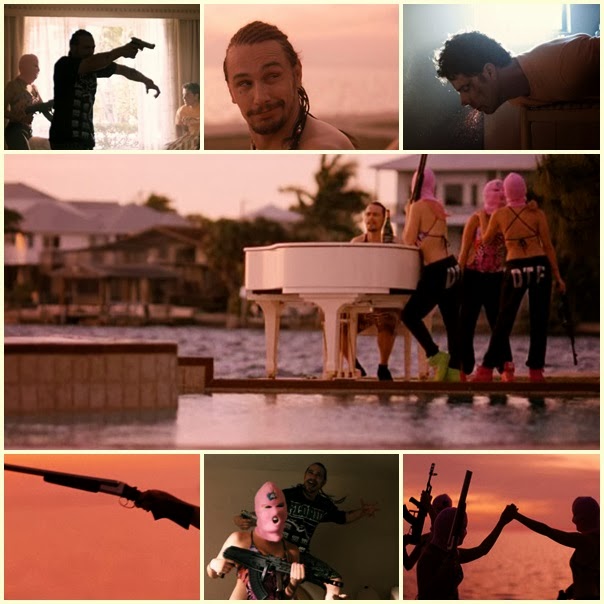 Even a doped out Leonardo DiCaprio opening his Lamborghini with his legs cannot trump this scene in terms of what-the-fuck-ness. As funny as this scene is, what with James Franco's Alien showing his sensitive side by playing and singing "Everytime" by Britney Spears, "one of the greatest singers of all time, an angel if there ever was on this earth," on his white grand piano while the sun sets to inspire a trio of girls in leopard-print monokinis and pink ski masks to go rob spring breakers followed by the actual, rather violent robbing, it simultaneously subverts and pays an ode to pop culture, which is what I love about it the most. Think 20-30 years ago, such a scene would have been set to classical music and it would have been big men carrying out these armed robberies. But the world is changing and pop culture is changing and the American dream is changing and the scene captures all that, amidst some of the most beautiful cinematography of the year. It is monumental.