"This ship is infinite."

As we find out more and more about the series finale of Doctor Who, I can't help but feel a little apprehensive. What has happened this series, particularly in the second half, is that we have been promised a lot of things, along with the whole "cinematic" look, and the episodes are continually not matching up to our elevated expectations. Something like this happened with the awesomely titled "Journey to the Centre of the TARDIS". I mean I loved the episode and it was very good in many parts, but with a name like that, I just wanted so much more, and though I can appreciate how much they have managed to put in in the running time and budget, a part of me can't help but feel shortchanged. 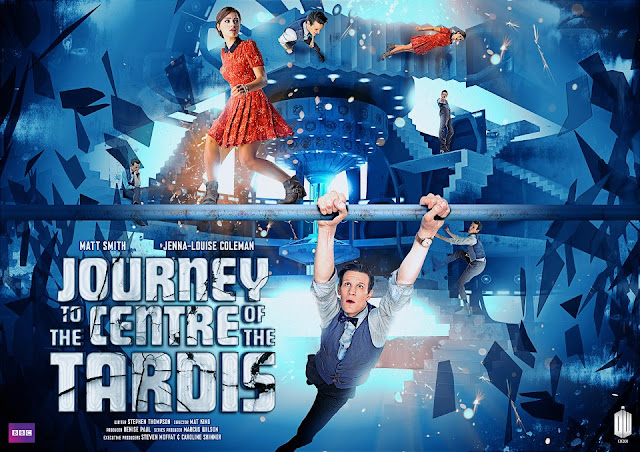 1) First of all, both the Doctor and Clara look really good in this episode. Matt Smith looks hot and somehow taller without the coat, and gosh I want Clara's dress!
2) I love how much the Doctor loves his TARDIS.
3) So the Van Baalen brothers were pretty useless, imo. The android eye-thingy looked cool, but meh. Only Ashley Walters as Gregor was good, in an asshole kind of way.
4) So the Doctor, in order to let Clara fly the TARDIS and hence become closer to it, puts it in basic mode right at the time when the Van Baalen brothers use a magnetic field to attract the TARDIS to their ship thinking it's salvage. This causes many of the TARDIS operations to stop functioning and in spite of Clara asking the Doctor if there is a "Big Friendly Button" to stop this, the whole place just starts blowing up.

5) Right before that though, Clara had spotted a weird oval-y device on the floor that burned her hand.
6) Anyways, the Doctor wakes up, only to find himself in the Van Baalen salvage ship. He also notices, much to his horror, that Clara is still on board the TARDIS, which is being filled up with poisonous gasses.
7) The Doctor, rather deftly, lures the Van Baalens into the ship to save Clara. He promises the TARDIS as salvage, but goes back on his word saying that he meant Clara. Also he puts the TARDIS into lockdown, ready to blow in 30 minutes if they didn't find Clara by then.

8) Meanwhile, Clara is wondering around the TARDIS. There was a lot of corridors in this episode, but at least they are cool. Also, Clara finds some of the stuff the Doctor has kept from his past- 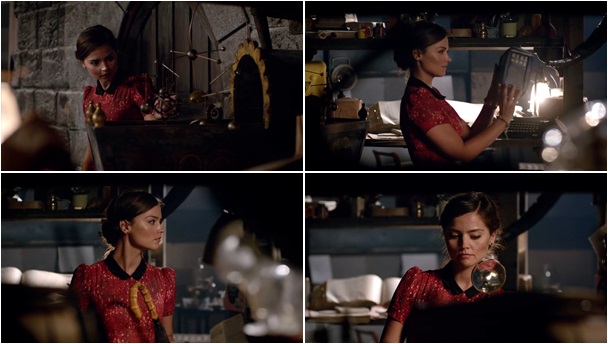 9) But then there is a zombie creature after her.
10) The Doctor and Van Baalens continue to look for Clara, but Gregor keeps assessing the cost of everything in the ship. This leads him to the Architectural Reconfiguration System, which is the most valuable thing in the universe as it can create anything and everything. The Doctor tries to stop him, telling him that if he removes any of its parts, the TARDIS will get angry and fight back, but Gregor still removes a pod (?).
11) The whole system looked very pretty even though it was clearly lifted off Avatar. 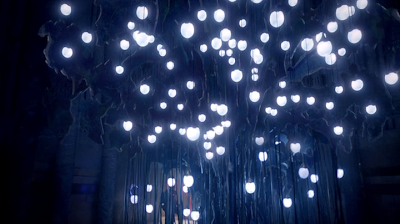 12) I loved the throwback to Eleven's first episode.

13) Clara, while hiding in the GINORMOUS library, finds a book entitled the "The History of the Time War" where she actually reads the Doctor's name! There are also liquid bottles containing Gallifreyan encyclopaedias, but these too look as though they are copies, this time from the prophecies in Harry Potter and the Order of the Phoenix. 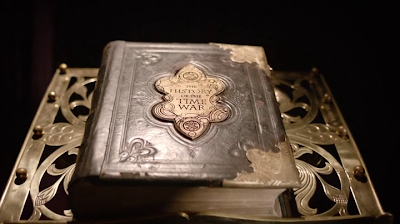 14) The TARDIS starts making the Doctor and Van Baalens go in loops. This leads to one of the best quotes of the episode-

15) Clara finally finds the console room but it's without any doors. She tries to find a way out but the TARDIS is continuously leeps leading Clara back to it. This, in fact, is an echo console room as the TARDIS is trying to keep her safe.
16) Then Whatshisface Van Baalen aka the 3rd member of the Van Baalen group, who is trying to strip the TARDIS console, runs into another zombie creature and is killed. The Doctor, Gregor and Tricky, the android, hear his cries but a very cold Gregor tells everyone to move on.
17) When Tricky, who seems to understand pain TARDIS is going through, tries to get Gregor to return the pod, as a result of which another echo console room materializes in front of them as they are trying to run from more zombie creatures.
18) The Doctor senses Clara's presence and manages to lock in onto her location right as one of the zombie creatures, which looks rather familiar, is trying to attack her. Her anger at the Doctor is hilarious.

18) So it turns out the Doctor "played" the Van Baalens and the TARDIS is not in danger, except that it is and the only way to stop it from blowing up is to go to the heart of the TARDIS, by way of the Eye of Harmony.
19) The TARDIS starts acting up and trowing spikes everywhere, one of which goes into Tricky's arm. This finally leads to a confrontation between him and Gregor. Tricky in fact is his younger brother and human and in an accident that led to their father's death and him getting injured, Tricky had special implants put in for the damaged organs. Gregor and whatshisface made him believe he was an android so that Gregor could lead their ship. As cruel and "human" as this whole betrayal was, I could not really place it within the context of the story. Perhaps it had something to do with the Doctor's betrayal...
20) ... meaning that when all of them get locked in the Eye of Harmony's room (What a sight that is) and Clara, in spite of the Doctor's attempts to stop her, finds out that the zombie creatures are in fact her and the Van Baalens from the future as they burned up in the Eye of Harmony room. He feels very remorseful about not being able to save her again, making her further curious.

21) He tries to rewrite history by separating the now apparently inseparable Van Baalens, but both of them plunge to their deaths. The Doctor and Clara escape to the engine room, but instead end up on the edge of a high cliff.
22) Seeing as their deaths could be nigh, the Doctor asks Clara about who she really is, since he has seen her die twice. Whether she is a trick or a trap? All this just leaves Clara scared which leads to another of the adorable Doctor-Clara moments of the show.

23) The Doctor figures that this whole place isn't actually real but the TARDIS trying to protect itself, and when they jump, they end up in the spectacular-looking exploding Heart of the TARDIS. The Doctor finds himself helpless, but when he sees what has been burnt onto Clara's hand when she had held that oval-y thing in the beginning of all this, he just knows what to do.

24) I will stop here. Basically time does get rewritten and Clara forgets everything about this journey, including the Doctor's name. I feel that was a shame because Clara was finally getting interesting. So far, as pretty and fun as I find her, Clara has not been the most engaging of companions. Her big moments are always in relation to the Doctor or even the TARDIS. Oswin and Clara from "The Snowmen" had packed more of a punch, but this Clara hasn't really shined so far. If she had remembered all that she learnt in "Journey to the Centre of the TARDIS", it would have led to a much more complicated character development, that she desperately needs.

The episode was written by Stephen Thompson, who has penned Sherlock's jaw-dropping "The Reichenbach Fall". He did a decent job, but ended up just being a fanboy who only gave us a glimpse of the infinity of the TARDIS. I guess the real heroes of this episode is the director Mat King and the production designers and special effects people who really made the whole thing look gorgeous. I also really enjoyed the music. 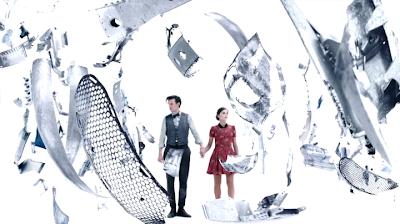 A lot of people, myself included, was really excited about this episode because of Neil Gaiman's now-legendary "The Doctor's Wife" where the Doctor actually meets the soul of his beloved TARDIS. While "Journey to the Centre of the TARDIS" is nowhere close to its brilliance, I think we can safely say that it is an important episode in the entire lore of the Doctor Who universe.

Next up, Mark Gatiss's second episode "The Crimson Horror" that marks the retuern of Vastra, Jenny and Strax.