The Month that was- March

March was okay. I'm pretty sure it's going to go all downhill now in terms of movie watching because my extended college dropout vacation is coming to an end. Which is a good thing, don't get me wrong. But yeah.. won't have as much time to give to films anymore probably. 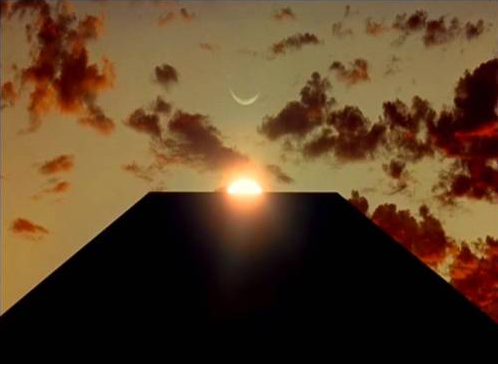 1) Roxanne- For the Demented Podcast. It was fun enough, though incredibly sappy at times. Steve Martin was a treat.
2) I'm a Cyborg, But That's OK- This was for the podcast as well. Do not go into this thinking it is a romcom. In fact, it is a quirky romance. And Korean.
3) American History X- So shocking and harrowing. Great performance by Edward Norton.
4) My Own Private Idaho- This film will only grow on me. It was so strange and beautiful. River Phoenix was a serious talent.
5) Straw Dogs- I really liked it, barring the portrayal of women. Dustin Hoffman is great in it.
6) Wings of Desire- Very beautiful film. I need to see this again, and then I might write on it. One of the best black-and-white-mixed-with-colour films I have ever seen.
7) Rules of Attraction- No where in the league of American Psycho, but it isn't that awful. I really liked one particular scene in it in which this character named Victor describes his Europe trip in a rapid-fire speed.
8) Womb- The things I watch for actors I like! As much as I love Matt Smith and Eva Green, this film was super creepy and not in a good way.
9) Ghostbusters 2- I had not seen this one. Not as good as the first imho.
10) The Player- I really enjoyed it. It was funny and dark and another interesting insight into the world of show business.
11) Gosford Park- I absolutely lurved it. All the people, all the stories, the look and feel. Fantastic.
12) Pickpocket- Quite liked it. I especially enjoyed the way the pickpockets choreographed their stealing routines.
13) Freaks- "One of us! One of us!" Yep, that is addictive. It was so unlike anything I had ever seen, yet I could relate to it perfectly. Incredibly unique.
14) Addams Family Values- Wednesday Addams is my role model. Too cool. Also Joan Cusack should play more villains.
15) Rope- I loved it. I think my favourite Hitchcock movies are the ones that are confined to a small set. Makes it all the more thrilling.
16) Saving Private Ryan- I succeeded in finishing it this time. It is really numbing, but once you get over it, you appreciate the story much more than just the visuals.
17) Dr. No- It was so much more laid back than the James Bond movies of today. Sean Connery was such a dreamboat. Not that amazing, but fun still.
18) An American Werewolf in London- It is not very scary. So I immediately liked it. It is kind of awesome as well.
19) Welcome to the Dollhouse- I know this is supposed to be a dark comedy, but it gave me this dreadful feeling that if I had grown up in US or something, I may have been like Dawn Wiener. It made me thankful for my life as it is, which is a scary thought.
20) The Fall- It is a stunning looking film. That's all I have to say about it. The kid was cute. Yes. Moving on.
21) The Hunger Games- I liked it a lot. I'm not one of those rabid fans yet, but I am looking forward to reading the books and watching the other films. Also, Jennifer Lawrence is the shiz.
22) 2001: A Space Odyssey- Finally saw this too! I had several times before this, but would always lose patience mid-second chapter. But it's so interesting and entertaining and amazing to look at.
23) A History of Violence- I thought it was very good, and rather cool. And I was most blown away by Maria Bello in it.
24) Elephant- This was so strange and gorgeous and alluring. It just invites you in, and you can't help but be drawn to it. I thought it was marvelous.
25) Love Me If You Dare- Deceivingly depressing. Do not think it's a happy film. It is worth a look though. Marion Cotillard and Guillaume Canet are very attractive leads.
26) 21 Jump Street- It was so silly, but good and rather unpredictable silly. They don't make good silly like this much. Loved the Johnny Depp cameo.
27) Far From Heaven- It was pretty perfect. The stories told and untold, the look, the acting, the music- perfection. I love Julianne Moore.
28) The General- My first Buster Keaton movie! I thought it was all kinds of brilliance and I am so looking forward to see his other films.
29) Funny Games- I paused a lot, but I also enjoyed it too. Especially the parts when Michael Pitt spoke to the audience/me. Those were fun. 1) Edward Scissorhands- It had been too long. It is still as magical and lovely as when I first saw it. Tim Burton and Johnny Depp- vy u no make films like this anymore?
2) Say Anything- Bloody John Cusack with his boombox. So many unrealistic expectations from life.
3) Ghostbusters- I was making a fan out of my brother. Mission accomplished, largely owing to the Stay Puft Marshmallow Man.
4) Star Trek- This film gives me so much joy! I love it too much. Also Chris Pine :*
5) The Addams Family- Morticia *and* Wednesday are my role models in this. I need their outfits. Now.
6) Groundhog Day- I hadn't seen this in many many years. I had forgotten much of it, but it was such a lovely film to revisit.
7) The Virgin Suicides- Perennial favourite. I wish I had made it. Also that Trip Fontaine intro.
8) Lost in Translation- Of all the Bill Murray films I saw this month, I still think this is his greatest performance. He should have won the Oscar for it.
9) The Adventures of Tintin: The Secret of the Unicorn- I had to show it to my brother. It is a helluva ride still.
10) Anchorman- I love lamp.
11) Marie Antoinette- It is one of the most beautiful-looking films that I have seen; most certainly the prettiest. My favourite Sofia Coppola offering.
12) The Silence of the Lambs- Hannibal and Clarice forever. Amirite or amirite?
13) Rear Window- This too I hadn't seen in quite a while. I think I like Grace Kelly a tad bit more than James Stewart in this.
14) Scott Pilgrim vs the World- This time 'round (as I see this film A LOT), I noticed how attracted I am to most of the people in it. Just saying. "ONE! TWO! THREE! FOUR!"
15) Carrie- Poor Chloe Moretz. She was doing fine. But now she will fail utterly because no one can match up to Sissy Spacek's performance in this.
16) Shaun of the Dead- Again, showing it to the bruv. He didn't get much, but still loved it. Such is the power of this film.
17) Let the Right One In- This film is so poignant and lovely. Best vampire related thing ever, after True Blood of course. Vincent- Saw this after the release of the Frankenweenie trailer. It is so morbid and brilliant and unique. I love old school Tim Burton. 1) American Horror Story- It started out pretty bad, but became decent towards the end. Jessica Lange makes the show and Taissa Farmiga and Evan Peters are really good too.
2) All the episodes of Parks and Recreations that have been released- What had I been doing all my life? I should have followed this from the start. I love it. I love April Ludgate and Ron Fuckin' Swanson and Leslie Knope and Andy Dwyer and Ben Wyatt and Chris and Ann and Mark and Tom and Gerry and Tammys and Donna and everyone!! Can't wait for this to restart.


I have almost watched 100 new-to-me films already. 300 is my target for this year..
What all did you watch?