"I see a rhinoceros!"- FAVOURITE PERFORMANCES AND ENSEMBLES OF 2011


This year had a few major breakthroughs, the most notable being Jessica Chastain. La Chastain is beautiful and lovely and on her way to becoming a great actress. Anyways, here's my list-


Honourable Mentions- Ezra Miller in We Need to Talk About Kevin, Octavia Spencer and Viola Davis in The Help, Mia Wasikowska in Jane Eyre, Craig Roberts in Submarine, Hunter McCracken in The Tree of Life, Daniel Radcliffe in Harry Potter 8. I haven't seen Shame yet. If I had seen it, I am pretty sure Fassy would have been in this list. The trailers make me go crazy. Jessica Chastain in EVERYTHING
I cannot choose. She was a darling in her Oscar-nominated role in The Help, the face of grace itself in The Tree of Life and the strength behind Michael Shannon's character in Take Shelter. I haven't seen The Debt, but I am sure I would have liked her in that too. I think this is only the beginning for her, and she will give even better performances in the future. Melissa McCarthy in Bridesmaids
I have loved her ever since Gilmore Girls. People think she's a comedian and she's just being funny here, but it's such a different kind of funny. She's adorable, but Megan verges on being scary. In a way it is almost as no-holds-barred a performance as Rooney Mara's was in Dragon Tattoo. But comedy is given such less attention. I'm so happy she got her Oscar nomination for this (my pick if they would only listen). Christopher Plummer in Beginners
He is such a darling in this film. A breath of freshness even though he is an old man. I think everyone would love a dad or a granddad or a friend like Hal, and that's only because Plummer plays him with so much care and affection .

Albert Brooks in Drive
Oh cruel Oscar snubbery. This was such a creepy role, played with so much ease. He was a great villain. Something about the way he talked was so brilliant; I can hear that voice whenever I think about him and it is so sinister. That is how awesome he was.

Joel Courtney in Super 8
I have written about this before. He was natural and sweet and just a real kid. I love his performance because it makes me feel all warm inside.

Shailene Woodley in The Descendants
She was the best friggin' part of this film. Like Joel Courtney, it was such a naturalistic performance. And she is sassy and funny and beautifully emotional (that pool scene) and holds her own against a massive star like George Clooney with the utmost ease. Kudos. Michael Shannon in Take Shelter
With his imposing height and that weirdly fantastic face, Shannon often plays the half-crazed guy. But the sadness and despair in his performance in this film, along with the impending insanity, is something else. It is quite a heart-breaking performance, and he does it excellently. Ewan McGregor in Beginners
*Sigh* When will the world just accept the brilliance of Ewan McGregor? He delivers one fantastic performance one after the other, and no one notices. Oliver is exactly like that. Subtle, sad, quirky, sweet- he is so lovely in this film. Even though all three leads + dog are all fantastic, I am most blown away by the simplicity of McGregor's acting. Brad Pitt in The Tree of Life
Yes the first time I saw this film, I was extremely annoyed with his character. He seemed plain awful. But on the second viewing, I understood him so much better. He is strict, yes, but he is also loving in his own way. He was actually the most multi-faceted character in the film. It was a simple role in which Pitt gave his better performance of the year.

Elizabeth Olsen in Martha Marcy May Marlene
I loved her in this. Most of the film focuses on her face, as we try to understand what is she thinking. Though she seems aloof, she is mostly scared or confused of what is happening to her and seemingly around her. It is a complicated performance, one that could have been boring or overly-dramatic, but she does it absolutely with the expertise of a veteran, even though this is her big screen debut. 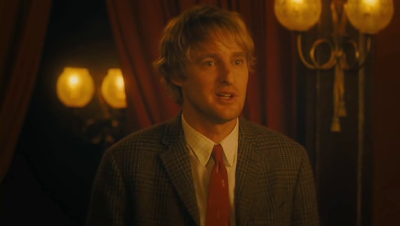 Owen Wilson in Midnight in Paris
Even though he is the Woody-doppelganger in this, Wilson makes this role his own in every way. His natural comedic talent makes his performance so genuine. We don't only want to be him because of all the wonderful things that happen to him, we want to be him because he is a really good, smart and fun guy.

Alan Rickman in Harry Potter and the Deathly Hallows, Part 2
Yes I did take all the films into consideration, but mainly this one. He is so heart-breaking in this film. A great character portrayed by one of the best actors working today. No one could have played Snape. Ever. I salute you Alan Rickman.

Michelle Williams in My Week with Marilyn
I thought she was spectacular in this. We all have our ideas about who Marilyn Monroe really was, and I think Williams captured mine almost perfectly. I love the mystery behind Monroe's onscreen glee. Williams was incredible in both her happy parts and her sad parts, and it will be a performance I won't stop thinking about anytime soon. Kirsten Dunst in Melancholia
I love how soul-sucking she is in this, but what is magnificent is that how her own soul suffers first. It is a brave performance, though an almost uncomfortable one to watch. I love Dunst and how usually bubbly she is, but Justine is very much the opposite. And she plays her superbly.

Tilda Swinton in We Need to Talk About Kevin
This woman constantly amazes me more and more. Her despair and horror and occasional awfulness in this film is so harrowing. Even though we don't want to put ourselves in her position and understand what she is going through, Swinton's performance makes us do that. It is unnerving. Jean Dujardin in The Artist
In a year in which had all the Hollywood heartthrobs starring in films, an unknown French man in a black and white silent movie ends up being the one that charms us the most. That is artistry. Rooney Mara in The Girl with the Dragon Tattoo
It must be difficult to take such a beloved character, that has already been portrayed once and to much acclaim, and make it her own. But Mara manages to do this perfectly. Her quirky and mad Lisbeth is unique and brilliant and it is a bloody ballsy performance that no one will be able to forget in a long time. Gary Oldman in Tinker Tailor Soldier Spy
When in The Hollywood Reporter actors' roundtable Christopher Plummer was asked what makes a great actor, he answered that it was the great rage which is something Gary Oldman possesses. His words, not mine. Of course I agree completely, and this is what makes George Smiley exceptional because he is so restrained and collected. He seems to be doing nothing, but you understand that a great mind is at work. It is an astonishing performance, one which has been thankfully rewarded by many.

Charlize Theron in Young Adult
I deemed Mavis Gary as one of my role models as soon as I saw the film. It was because she was awesome and kind of crazy, but as time has passed, I have really grown to appreciate the performance, and Charlize Theron's guts for doing it such great justice. I mean, Mavis is a total bitch, and no one should like her at all. But we still get her, and even feel sorry for her at times, however reluctantly. It is not easy to be someone that realistically unlikable, and Theron is just so spot-on with it. She has made me a real fan after this. 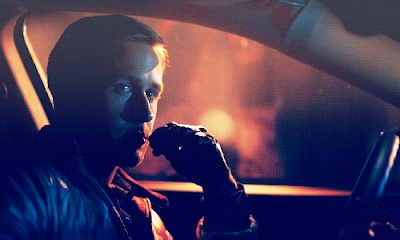 Ryan Gosling in Drive
Uh duh. It was the Year of the Gos people, who else could you expect to be number 1? The Driver is just fantastic. The control, the silence, the loneliness, the smiles, the anger, the violence. It is a film that will be spoken about for ages, and Gosling as the Driver will be remembered forever.

Since we are talking about best performances, I thought best ensembles are also in order. It is difficult to have one great performance in a film, and when everyone in the film is amazing, that's quite something else. These are my picks.

Honourable mentions: The men of Tinker Tailor Soldier Spy, the women of Bridesmaids, and the men and women of Carnage.

Super 8
All these kids were fantastic. J.J. Abrams wanted to make one of those old Spileberg films with kids, and he got the perfect cast of child actors. A Separation
A most affecting film, mostly because the honest performances by everyone in it. My heart breaks most for the children of course, and they too were incredible in it. 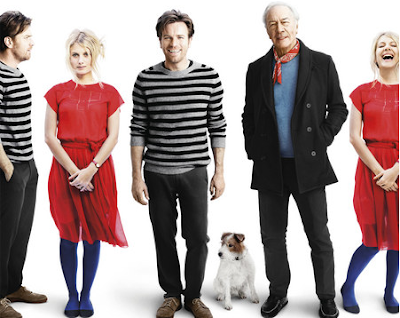 Beginners
The three leads are adorable. That dog makes me reevaluate my overwhelming fear of his species. Also Mary Page Keller, who has minor role as Oliver's mother, is quite brilliant. A great cast altogether. Midnight in Paris
What is this film without its million superb characters from a different and magical era? Fitzgeralds, Hemingway, surrealists (Adrien Brody is my favourite cameo of the year) and of course Owen Wilson as Gil and  Marion Cotillard as Adrianna. And the awful people from today, and the first lady of France. It is quite a dream of an ensemble.

Harry Potter and the Deathly Hallows, Part 2
This series employed the majority of the British film industry for the last decade. I mean when in BAFTAs the reporters were talking about TTSS being an outstanding British film which has many of its members, I wanted to throw a Grawp at them. Come on! Everyone in this is awesome. They are a part of my childhood. I will never forget anyone and love them for all eternity.