I made my incomplete Top 10 Films of 2011 about two months back because I had not seen many of the "worthy" films of the year. I still haven't seen a few, but all in all, 2011 was quite a fun year. I still think that just because of the combined brilliance of The Social Network, Black Swan and Inception, 2010 was a stronger year, but 2011 has had its high points aplenty.


Honourable mentions: The marvelous and disturbing The Skin I Live In, a lovely romcom (surprisingly) Crazy, Stupid, Love, and the very colourful Kung Fu Panda 2.

My Week with Marilyn (Dir: Simon Curtis) and Jane Eyre (Dir: Cary Fukunaga)
I could not pick between these two films. Even though Marilyn was flawed, I cannot quite stop thinking about it. Michelle Williams gives another dynamic performance, and I think if the film had been better edited, it would have been quite perfect. Jane Eyre was actually pretty perfect, a beautiful adaptation of a rather dark and at times dull novel, but the film had no such problems. Carnage (Dir: Roman Polanski)
I thought it was funny and outrageous and very well-acted. But what made me really appreciate is that Polanski dared to, in this day-and-age of big blockbusters ridden with CGI, make a film about four people in a room. And just that. Tinker Tailor Soldier Spy (Dir: Tomas Alfredson)
A thinking man's, or woman's, spy movie. This is one of those films that is much more rewarding after the second viewing. That's when you can truly appreciate the little subtleties that makes this film truly masterful. Added to that a plethora of excellent British actors, all acting against type, led by the amazing Gary Oldman. Super 8 (Dir: J.J. Abrams)
The Spielberg-y kid movie of our generation. I loved the child actors, I loved the look and the feel, and I absolutely loved how brilliant a tribute this film is. I like tributes, and this is one of the best.

Martha Marcy May Marlene (Dir: Sean Durkin)
Beautiful, scary, and the debut of Elizabeth Olsen, who may just be the next Michelle Williams.

Captain America: The First Avenger (Dir: Joe Johnston)
I think this is going on to become one of my most favourite superhero movies ever. Chris Evans was born to play a superhero, and he puts so much charm and earnestness into his character. Also this film cleverly dodges many of the clichés that one would expect, and gives us a fun and satisfying blockbuster. Also I love the supporting cast. Beginners (Dir: Mike Mills)
A quirky sad movie with a fantastic cast- the perennially brilliant Ewan McGregor, the adorable Christopher Plummer and the beautiful Mélanie Laurent + Cosmo the dog. It's a film about love and loss and everything in between, but nothing like I have ever seen before. Leaves you with a smile on your face, and slight pangs to the heart.

The Adventures of Tintin: The Secret of the Unicorn (Dir: Steven Spielberg)
Just because it was my best experience at the cinemas all year. It was a helluva ride which makes me keep faith in 3D and the fact that Spielberg truly truly is a master film maker (when he's not churning out sap-fests about horses). Young Adult (Dir: Jason Reitman)
Reitman continues to provide us with characters that seem to be one-dimensional and so "been there, done that" but are much more. Mavis is a legend, and Theron gives a ballsy performance as a true bitch, but not a very happy one. We Need to Talk About Kevin (Dir: Lynne Ramsay)
This film has some serious residual power. One cannot not think about it. It just stays and stays in your head. Like how everything stayed in Tilda Swinton's characters head. Makes you question things and shudder at them. Unnerving. The Muppets (Dir: James Bobin)
Who would've thought?! Certainly not me. Hell I have never seen anything Muppets-y in my life. I had ruled this off as something I won't get or enjoy, but man, o man! This film, is AWESOME! The feel-good movie of the year. I'm a manly muppet, people! The Artist (Dir: Michel Hazanavicius)
A most delightful film. Though not the best representative of its genre, it certainly brought it back with a bang and won hearts (and potential Oscars) all over. Also the leads, Jean Dujardin and Bérénice Bejo, are just infectious with their charm. 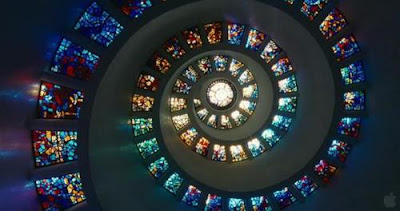 The Tree of Life (Dir: Terrence Malick)
Hauntingly beautiful. Though it is prettier during the universe part, I feel the better part of the film lies with the story of the boys growing up. It is as complex and magical and mysterious as life itself. The Girl with the Dragon Tattoo (Dir: David Fincher)
Did I ever doubt this was going to be anything less than epic? No. No one can do a modern thriller like Fincher, and this isn't an exception. The look, the feel, the music, everything is spot on. Rooney Mara is a bloody brilliant Lisbeth and her chemistry with Daniel Craig is just wonderful. Love! Submarine (Dir: Richard Ayoade)
This was originally much lower in my list, but a rewatch since then made me realise how much I actually adore this film. So quirky and different and cute and funny. Young love and growing up have never been shown so splendidly ever, I think. Also that soundtrack. Harry Potter and the Deathly Hallows, Part 2 (Dir: David Yates)
The final good bye to the boy wizard, and with that, to our childhood. It was a great ride, one we will never forget and always cherish. A Separation (Dir: Asghar Farhadi)
The film that you can never shake off, because it is so painfully real. We see circumstances like this in daily life, where people suffer because they just cannot accept that they have made a mistake and are wrong- not wrong because they are evil, but because they are human. Also flawlessly directed and acted. Hugo (Dir: Martin Scorsese)
The most beautiful tribute to cinema, from a great film maker. Yes it has its flaws, but I can overlook all that because of the way it makes me feel. Like I belong in this world, because I love my films more than anything else. 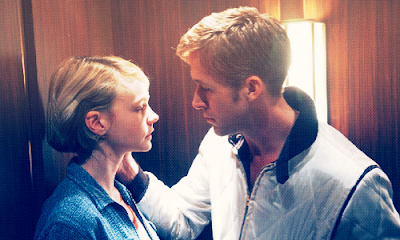 Drive (Dir: Nicolas Winding Refn)
Cooler than fuck, y'all. We'll be talking about this forever. Also that kiss.

Midnight in Paris (Dir: Woody Allen)
What better film to represent this year of nostalgia in films, than this loveletter to all that was in the past and was so very wonderful? Woody makes one of his career's best and most widely-loved, because it just makes one feel so incredibly happy. Also is Paris magical, or is Paris magical?