The Months that were- February and March

Okay so I am officially Mrs. Lazypants who did not post her end-of-the-month post for February out of sheer laziness. I'm sorry! To make up, I will do a big post for both February and March (yaay more effort for me). I actually watched and *gasp* read a lot in the last couple of months so here we go. 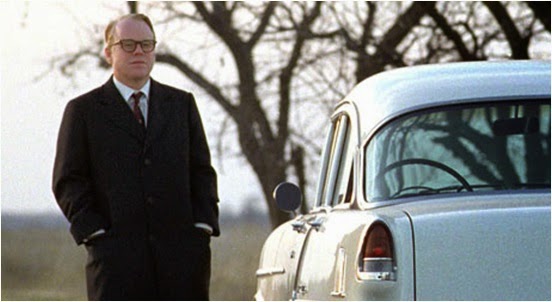 1) Afternoon Delight- Squandered potential.
2) The East- Pretty engaging plot but it kind of gets a bit bleh towards the end.
3) Capote- Saw it after PSH's death. I must watch/rewatch all of his films by the end of this year.
4) Last Night- For the podcast. Best Keira Knightley performance by a mile.
5) Before the Devil Knows You're Dead- I really liked it though some of the parallels between PSH's character in it and his death were depressing.
6) Pather Panchali- Saw it in class. Pretty good in spite of being too slow in parts.
7) Nebraska- Loved it completely. I found it incredibly human and touching and funny.
8) Philomena- Quite good too. One of those tales that sound so unbelievable but work because they are (apparently) true.
9) The Lego Movie- I'm sorry that I'm about to do this but EVERYTHING IS AWESOME! Loved the hell out of it. So clever, so fun.
10) Only Lovers Left Alive- Pretty cute and a nice addition to the vampire lore since it's about what happens after you have had those murderous cravings. Loved Tilda and Hiddles and ALL the literature references (pretty sure 80% of those would've gone over my head 2 years back).
11) Aparajito- My least favourite among the films of the Apu Tilogy but works because of Karuna Banerjee.
12) Highway- Randip Hooda officially made truck drivers look hot in this but man, Alia Bhatt is annoying. And the ending sucked!
13) Apur Sansar- My favourite out of the trilogy because of the setting and the focus on Apu. 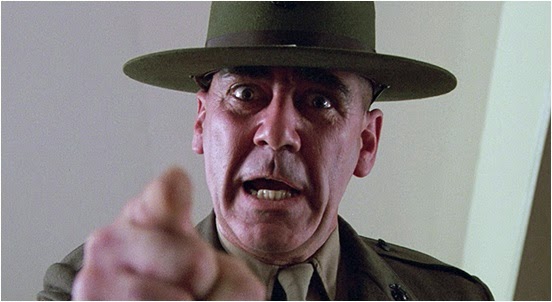 14) Kill Your Darlings- It was decent enough with incredible chemistry between DanRad and Dane DeHaan. Some unfortunate soundtrack choices though.
15) Nymphomaniac vol 1- Easily the most entertaining Lars von Trier movie that I have seen. Liked it loads.
16) Nymphomaniac vol 2- And of course things then had to go v.v.v.v. dark. Not as good as the first but I did like Joe's story overall.
17) Queen- Absolutely adorable and funny and inspiring. More movies like this, Bollywood. Please!!
18) Thumbsucker- The main guy reminds me a great deal of Jesse Eisenberg. That's all. Meh movie.
19) Midnight Cowboy- I don't know what I was expecting but it was certainly not this. Loved it and the performances.
20) Full Metal Jacket- Officially my favourite war movie. Just brilliant. I so want to learn that opening monologue by Hartman.
21) Legend of the Guardians- Only Zack Snyder would have animated owls fighting with animated bats in slo-mo. Not cool, man.
22) High School Musical- After avoiding this film for 8 years, I had to give in and watch it for the podcast. Everyone just looked so stupid!
23) Life is Beautiful- I loved it. I cried and laughed a lot.
24) Girls Just Want to Have Fun- Silly but fun. Needed more Helen Hunt.
25) Fracture- Aww the Gos was so young in this. Still hot though. Good movie too.
26) The Thomas Crown Affair- Almost a little too style over substance but god that chess scene was hot! Also gave me my new banner.
27) This Is England '86- Hilarious in some parts and brutal in others. One very unique and unforgettable coming of age tale.
28) The Long, Hot Summer- Paul Newman *fans herself*
29) 300: Rise of an Empire- It was okay-ish. Eva Green was fun and Jack O'Connell was the right kind of eye candy.
30) Macbeth- The Polanski version. Saw it in class. I'm so bored of this story already.
31) Blue Velvet- I was scared going in but I shockingly loved it.
32) Drugstore Cowboy- I liked how raw it was but it did very little for me otherwise.
33) Muppets Most Wanted- Fun fun fun! Danny Trejo and Ray Liotta ftw.
34) Snowpiercer- Pretty fantastic. Great concept, themes and production design. Good acting overall too, especially from Chris Evans and a wonderfully crooked Tilda Swinton.
35) Top Gun- Turns out I've never watched this properly, and with good reason. What a bore.
36+37) Gangs of Wasseypur parts 1 and 2- Clubbing them together because I saw them together minus 40 minutes at the end of the 2nd one which I saw the next day. As a result, they're one big movie for me, and I liked them sooo much! Best way I can describe it is that it's Scorsesian/Godfather-esque with an Indian masala twist.
38) Belle de Jour- For the podcast. Sexy, weird and Catherine Deneuve is a goddess.
39) Blow Out- Excellent! So thrilling and so dark, but in a good way.
40) Dom Hemingway- I was perhaps expecting too much so I was a tad disappointed but I still enjoyed the hell out of it.
41) American Gigolo- As hot as Richard Gere and his clothes were, I found the movie quite dull. 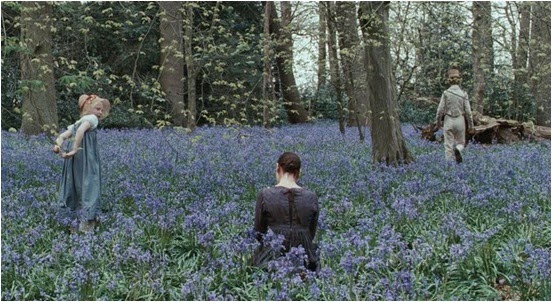 1) The Girl with the Dragon Tattoo- I still adore this film. I really wish the sequels get made with the same team.
2) Blue is the Warmest Colour- As mesmerising and devastating as the first time.
3) Harold and Maude- For the podcast. This movie makes me happy.
4) Bright Star- I was okay with it the first time I saw it but this time 'round it just shattered my heart. So beautiful.
5) Bridget Jones' Diary- Valentine's Day tradition.
6) Casablanca- Ditto.
7) Mud- I maintain that Tye Sheridan's performance is one of the absolute bests of last year. 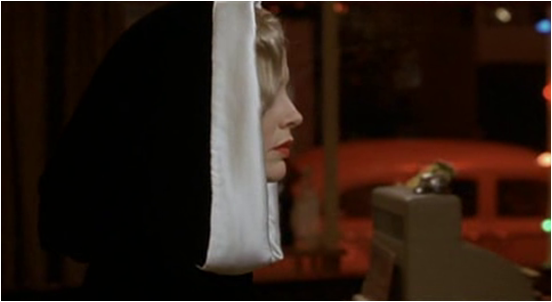 8) Rebel Without a Cause- For the podcast. I could see the flaws in it more clearly this time, since I'm not a teenager with a lot of feels anymore or whatever but it's still fascinating.
9) American Psycho- A friend of mine saw it for the first time and started gushing over it so *obviously* I had to keep her company. This movie is hilarious.
10) A Streetcar Named Desire- Marlon Brando *fans herself more*. Total fucking asshole in this but holy moly, so hot!
11) Reality Bites- All I could think of was that I had seen it first when I was about 12 and did I even get any of it then? Also, come back Winona!
12) Fargo- Like Bright Star, I wasn't in love with it the first time I saw it but I was totally blown away on this rewatch. *in Marge Gunderson's accent* Yeah? Yeahhhh!
13) Bachelorette- I read one line of dialogue from this somewhere and then I just HAD to rewatch it. I adore this film and I don't care who knows.
14) L.A. Confidential- I forgot how clever this film is. Not one frame is wasted. Also the only film in which I can bear Russell Crowe.
15) The Talented Mr. Ripley- Saw it after ages and remembered why it was in my original top 100 list. Great movie, great performances. 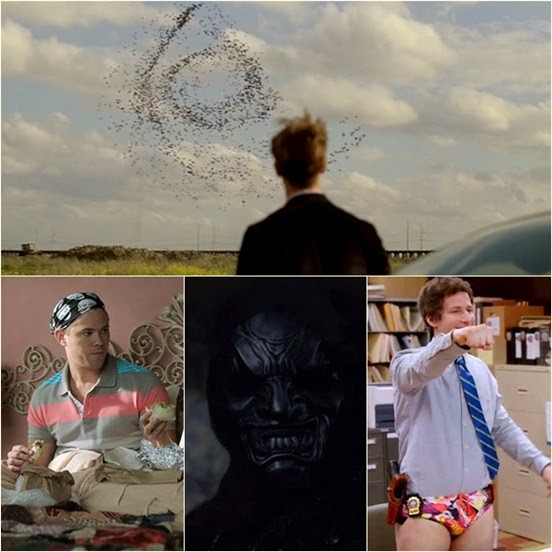 1) True Detective, season 1- I was as amazed and hooked as everyone else. Cinematic and dark as hell, it was incredibly engaging and had some amazeballs performances. I must say though, as much as I liked the finale, I just thought the show had a bigger scope which it didn't deliver on completely. Still, a nearly masterful series. a) Favourite episode- A tie between "Who Goes There" and "The Secret Fate of All Life". The former because those 6 minutes and the latter because of the way it subverted all expectations. b) MVP- Silly question. Matthew McConaughey gave a better performance but Marty Hart was made to be played by Woody Harrelson. Both. c) Favourite quotes-

Marty: "You're like the Michael Jordan of being a son of a bitch." HILARIOUS!

Rust: "Once there was only dark. If you ask me, the light's winning." Simple and inspiring.

2) Girls, season 3- It was a very uneven season for me and I might not watch season 4. One huge reason is how much the writers themselves seem to hate Hannah. I don't know how to feel about her anymore. And if I have to listen to Marnie sing one more time, I am going to break something! a) Favourite episode- "Beach House" Shoshanna had a fabulous breakdown and there was a choreographed dance number. I HAD to love it. b) MVP- Zosia Mamet's Shoshanna and Andrew Rannells' Elijah. The former because she really is the heart of the show for me even though she is grossly overlooked and the latter because he makes me laugh in all his episodes. That photograph at the end :') c) Favourite quotes-
Soshanna: "Thank you, it's really helpful to know you were a fuck-up too." The story of Girls.

3) Teen Wolf, season 3B- This was a dark season (was it a season? Er...). I love Dylan O'Brien and everything but I wish they'd just let him be cute and awkward Stiles again. I also really appreciated the introduction of Japanese mythology in this. Usually, these supernatural shows stay so geographically constricted. a) Favourite episode- "Insatiable" Exciting and shocking. RIP Allison Argent. b) MVP- Can I just give this to the Oni? Agreed, they didn't really have to act but they were so cool! Shoutouts also to Sheriff Stiles, played by Lynden Ashby and the police officer with the pretty eyes (I can't be bothered to find out his or his character's name). c) Favourite quote-

4) Brooklyn Nine-Nine, season 1- Heyyy this was so much fun! I really appreciate how it avoids all sorts of cliches. a) Favourite episode- "The Bet" made me laugh a lot but at the same time "Charges and Specs" took some really intelligent decisions for where the show is going to go from here. b) MVP- Andy Samberg's Jake Peralta is so silly and hilarious and his perfect antagonist Andrew Braugher's Captain Holt is fantastic too. I love both of them equally. c) Favourite quotes-

Holt: "I think I am...getting a text message. Bloop! There it is." This has to be watched to be appreciated. 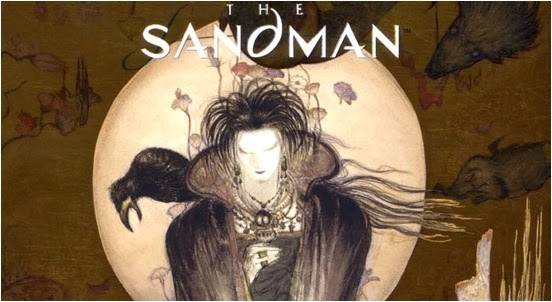 1) Fantastic Beasts and Where to Find Them by J.K. Rowling- Aww this was cute. I am actually pretty stoked about the upcoming trilogy. Some of these creatures sound super cool.
2) The Sandman Collection (all except Fables and Reflections) by Neil Gaiman- I'm completely hooked on these series. So smart and imaginative and some of the concepts are incredible. The only flaw I can think of is that it's like HBO- too many unnecessary boobs.
3) The Sandman: The Dream Hunters by Neil Gaiman/Yoshitaka Amano- Oh this was just so beautiful to look at. Very simple but powerful story too.
4) Death: The Time of Your Life by Neil Gaiman- I was a little disappointed. I thought it would be more rock'n'roll.
5) Gone Girl by Gillian Flynn- I thought this was fantastic. Loved the themes at play, the language and the Dunnes! Crazy mofos! Can't wait for the movie.
6) Four Major Plays by Henrik Ibsen- I was hooked. Such fascinating characters. Loved A Doll's House and Ghosts. The Master Builder was a bit cray cray though.
7) Death of a Salesman by Arthur Miller- Amazing. I really want to see it performed on stage.

And that's it. I *might* be starting a new series of posts in April so there's that. Also it's my vacations and therefore I don't know how much I will blog. We'll see.