The Month that was- August

Hellooooo everyone! My exams are finally over!! I can feel life rushing back. And I can blog now! About what I don't know yet, but I'll come up with something. Don't you worry. I managed 20 movies in August so I'm happy about that. 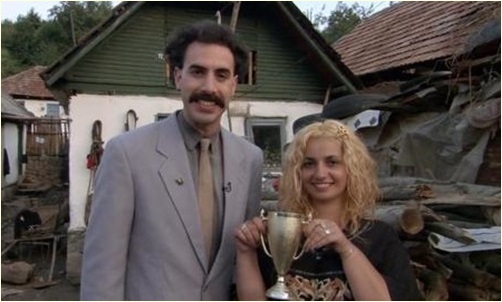 1) In the Loop- After the announcement of Peter Capaldi as the new Doctor, I had to see him action. The movie was good and he was awesome!
2) The Paperboy- Not half-bad. Kidman was on fire and I appreciated all the objectification of Zac Efron.
3) Chennai Express- Bollywood excrement. How could you, Shahrukh?!
4) The Heat- I thought it was really funny and both Melissa McCarthy and Sandra Bullock rocked!
5) Byzantium- Some really interesting ideas in place and occasionally breathtaking visuals.
6) 40 Year Old Virgin- It was fun but I think it's a little over-hyped.
7) The Conjuring- Good, simple, effective horror film with characters one could care about.
8) The Adventures of Sharkboy and Lavagirl- The extent to which I can procrastinate is mind-blowing. So bad. So, so, soooooooooo baaaaaaaaaaad.
9) Now You See Me- Enjoyable and incredibly dumb. I wish someone would make a proper good film starring Mark Ruffalo, Jesse Eisenberg and the lovely Melanie Laurent instead.
10) We are the Millers- Harmless fun.
11) Madras Cafe- Pretty good although the acting left much to be desired and the ending was terrible.
12) Prince Avalanche- Really liked it and Paul Rudd is amazing.
13) Mud- Loved it. The story, the themes, the look, the acting, especially that of Tye Sheridan. A really good movie.
14) Amores Perros- It had been on my watchlist since forever. I liked it a lot but I could not look at a dog for the next two days. And I don't even like dogs.

15) Borat: Cultural Learnings of America for Make Benefit Glorious Nation of Kazakhstan- Really awesome and awful at the same time. I dug it.
16) Stories We Tell- I have decided to consider this a 2013 movie and good luck to any other films this year who think they're going to replace it as my number 1 of the year. It was just *that* fantastic. Blown away completely. 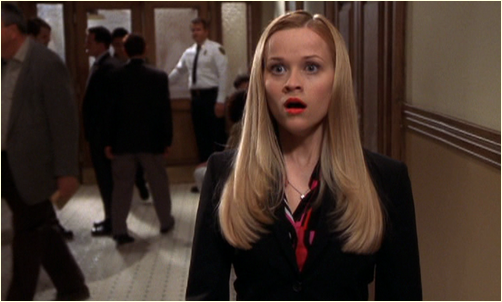 1) Beautiful Creatures- What can I say? I really enjoyed this film.
2) Ghost World- I had not watched it in AGES. Enid Coleslaw is such a role model and I love Seymour always.
3) Legally Blonde- I needed inspiration to keep studying. Elle Woods provided it to me. On this watch I discovered that a Coppola directed her Harvard admissions video. Like, wow.
4) Miss Pettigrew Lives for a Day- I'm just a masochist. How else would you explain watching the British Lee Pace scenes over and over again? 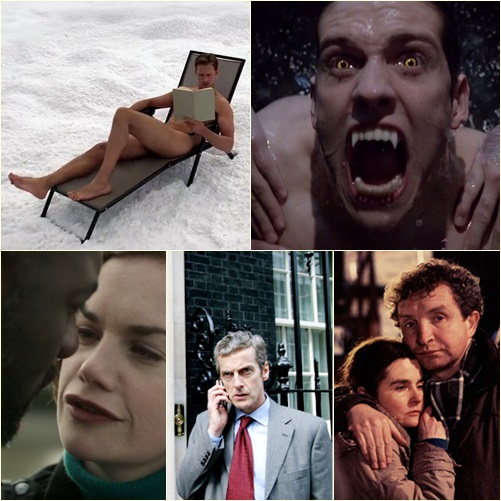 1) True Blood, season 6- This show is so stupid but I just can't let go. I mean people get their blood vacuumed out of their bodies and there is fairy vagina-light sex and Alexander Skarsgard just sunbathing naked on top of snowclad mountains and so on. This season was actually a vast improvement from the last one but then it all had to go to shit in the finale. I *did* skip all the werewolf and Sam parts though so there may be something to that. I really hope season 7 is the last one. a) Favourite episodes- It will have to be between "At Last" and "Fuck the Pain Away" because Eric, Jason and Sarah Newlin were all in top form and it felt like old True Blood again. b) MVP- I'm going to go with Anna Camp's Sarah Newlin who had some of the greatest lines and scenes of the series. c) Favourite death- I figured True Blood too needs this category. Season 5's 'Death By Fly' and season 3's Russel Edgington's "We will eat you after we eat your children." are my absolute favourites. This season though, Sarah Newlin killing the Tru Blood lady with her own fancy stilettos takes the cake. And the fact that she prays after that is the awesome icing. 4) Favourite quotes-
Eric: "When you dream of me, dream of nice things."

Sarah Newlin: "I truly believe God wants me to fuck you."

No need of explanations, really.

2) Teen Wolf, season 3- This show is fun, okay! There was a lot more action this time 'round but it still manages to get a lot of laughs. a) Favourite episode- "Alpha Pact". It was really action-packed plus Stiles and Lydia finally kissed so yaay! b) MVP- As much as I love Stiles, and I really really do, I think Holland Roden's Lydia rocked this season. She's kind of inspirational. Also, she's a banshee. c) Favourite quote- This entire exchange had me in stitches.

Stiles: "Missing and presumed dead, Scott, because he was probably a virgin. You know who else is a virgin? Me. I'm a virgin, okay? You know what that means? It means my lack of sexual experience is now literally a threat to my life, okay. I need to have sex. Like right now. Someone needs to have sex with me like today. Like someone needs to sex me right now!"
Danny: "Alright I'll do it."
Stiles: "Woah! What?"
Danny: "Come over to my place at 9. Plan on staying the night. I like to cuddle."
Stiles: "That is so sweet. Are you kidding?"
Danny: "Yes. I'm kidding."
Stiles: "You don't toy with a guys emotions like that, Danny. It's not attractive, alright?"

3) Luther, series 3- Oh it was sooooooooooo good. Creepy, exciting, emotional- just great. And this probably had my favourite series finale of the year, barring Doctor Who of course. Alice Morgan 4eva!
4) Thick of It, series 1 and 2- Really funny though I wish I cared about politics more. A lot of the things go over my head.
5) Southcliffe- It wad going really great but I felt that the last episode kind of fizzled out the intrigue and made it too dramatic.