"How can you tell if you're drunk if you're never sober?"

2013 has been an odd sort of year. I feel that the only reason that I haven't been completely blown away by most movies was because of my own expectations. I remember noticing sometime towards the end of last year how my most anticipated films of the year were mostly sequels. My top 3 ended up being Star Trek Into Darkness (fun if forgettable), Before Midnight (ummm) and topping the list was Edgar Wright's final installment in his Three Flavours Cornetto Trilogy, The World's End. I think I managed to lower my expectations for the latter, albeit being super duper excited everytime I read its name anywhere, but now that I have watched it, I kind of feel perplexed by it. Here's my review: 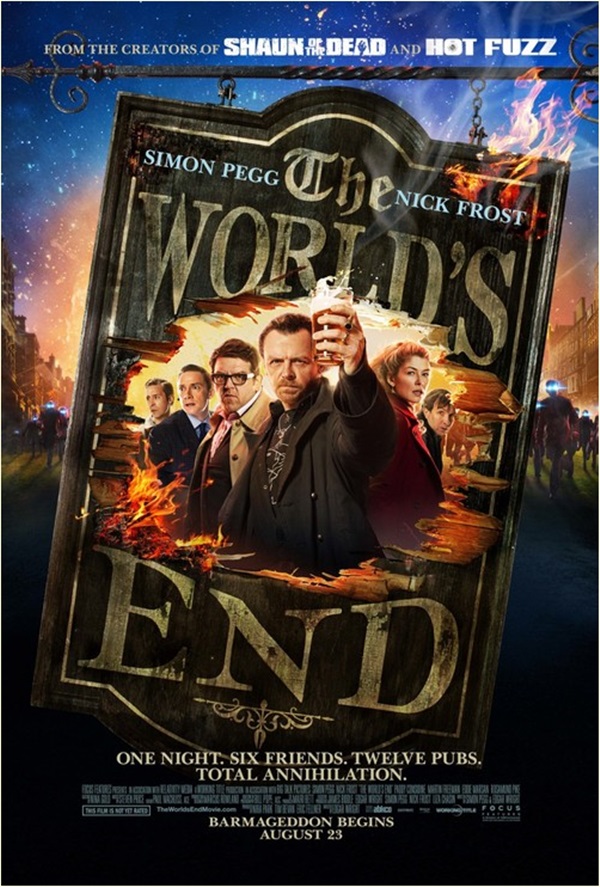 The World's End follows five childhood friends, headed by their leader, their "king", Gary King- a reckless young man who plans an epic pub crawl with his friends in their town, Newton Haven. They were to visit twelve pubs in one night, starting with The First Post and ending with the one and only, The World's End. Unable to finish "the Golden Mile" as teenagers, a still very immature King decides to end what they started and reunites with his much grown-up friends twenty years later and they return to Newton Haven. However, they soon find out that something very fishy is going on in their old town and getting drunk and getting annihilated might not be the same thing after all.

With Edgar Wright movies, the basic plot itself is not very important. He bends and moulds genres almost effortlessly. In Shaun of the Dead, we got a action-horror-comedy with a heart. In Hot Fuzz, he took every buddy cop movie ever made and transformed it into an uproariously funny look at country life. Scott Pilgrim vs the World painted the world of a guy incapable of dealing with relationships and adult problems with the bright colours of comic books and video games. Similarly, The World's End may just appear to be a film about people getting drunk and fighting an alien invasion, but it is really about a man who has refused to grow out of his teenage self's idea of cool and fun and is stuck in life while all of his friends have moved on and left him alone. It is also about friendship and closure, till both the bitter end and the lager end. 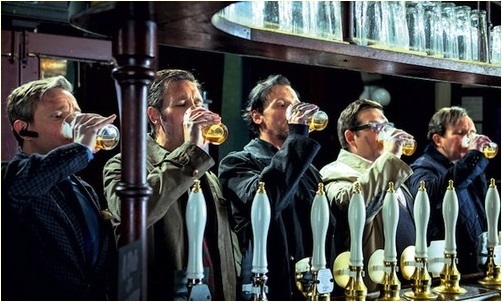 The film, like the first two installments of the trilogy, Shaun of the Dead and Hot Fuzz, was written by Wright and Simon Pegg, and stars Pegg and Nick Frost (BEST ONSCREEN COUPLE EVER) as its leads. As expected, one of my most favourite things about the movie ended up being its writing. One-liners after one-liners, it was very hard to stop grinning or straight out laughing throughout most of the movie. For instance, "smashy smashy egg men" has to be one of the funniest things I have ever heard. But quite surprisingly, The World's End also had a poignancy to it that I was not expecting. Yes, the first two movies also have a human and emotional arc at their centres too, but this was so much more mature and affecting. Dealing with themes such as nostalgia, denial, the mundanity of life and even the attempts of the corporate world to control and conform everything and everyone, I can see my twelve-year old brother not enjoying it as much as he does Hot Fuzz, but that's not really a disadvantage. Far from it, actually. It is much more grown up film dealing with grown up things but in spectacular Wright-fashion. I even found myself, for the first time in an Edgar Wright movie, tearing up during one of the scenes, and not because of laughter. And this is linked with my other most favourite, and most pleasantly surprising, aspect of the film- Simon Pegg's performance. 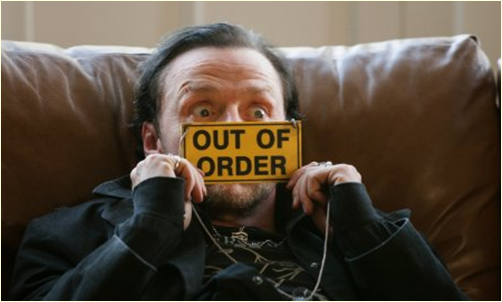 As much as I love Shaun and Sergeant Nicholas Angel, King ends up being Pegg's crowning glory, as it were, in the trilogy. He is the kind of character that first we feel sorry for being stuck in a rut for twenty years, but who later on rebukes us for our pity. I mean, he's Gary Fucking King and he's not having any of our shit! Impulsive, inappropriate, rude, sad, hilarious and oddly heroic, Pegg plays him with a sort of gusto that I haven't seen in a while. His manic movements are mixed with a strange sort of sadness of a man who never grew up to his ideal self, the king he had always imagined himself to be. It really is a wonderfully complex comic performance that is only elevated with his natural chemistry with Frost, who himself ends up being quite the convincing action hero of the film. 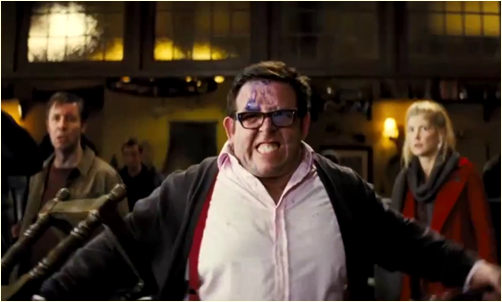 There are other things to appreciate in this film too. The rest of the "Five Musketeers" consist of Martin Freeman, Paddy Considine and Eddie Marsan and they are all also very funny, and Marsan is just adorable. Other actors like Rosamund Pike and the second James Bond to appear in this trilogy, Pierce Brosnan are slightly wasted, but it is nice to see them all the same. The direction of course is top-notch. Wright has a gift of constructing elaborate fighting sequences, full of gags and with amazing editing, and all the fights in The World's End are no different. Added to that are all the pop cultural allusions to body-invasion films and also to his own films, as Wright has managed to create a look and feel for his films that is completely unique and instantly recognisable. And I do have a soft spot for filmmakers who do that.

Throughout most of the running time of the film, I was completely enthralled. The tempo picks up considerably in the last act of the film with loads of fights and one awesome, side-splitting exchange in The World's End. I will say that at least in the first viewing, I got a sense of The World's End not being as flawlessly put together as the rest of Wright's movies, but I was so impressed with the themes that were being shown here, along with Pegg's acting of course, that I was totally enjoying myself. I really thought that maybe I won't be disappointed after all, just as I had hoped and prayed. And then it ended in the worst way possible. 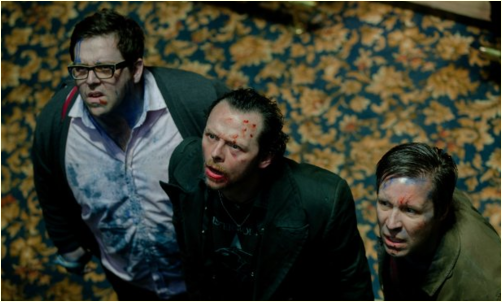 T.S. Eliot's "The Hollow Men" ends with a frequently quoted line- "This is the way the world ends, not with a bang but a whimper." There is a part of me that cannot help but associate it with The World's End. And it's not just that the ending almost managed to ruin the film completely, but also that that is the ultimate ending of what could have been my favourite trilogy of all time. I cannot forgive that ending- it was just so awful.

Still, in retrospect, the pros outweigh the cons by a huge margin and I am quite pleased with The World's End, though not as enamoured as I had hoped to be. I can fully see myself falling more and more in love with the film in the future (minus the ending obviously), now that there are no more expectations to be met. Wright's movies are full of little details which is what makes them so rewatchable and I don't doubt that he and Pegg must have hidden a number of slices of fried gold in The World's End too. Why, even when I was coming up with my oh so scholarly comparison to "The Hollow Men", I noticed how the blanks in the film are sort of hollow men, and so are the human characters in a way, and was that Wright's intention all along? Also that this might be the movie in the trilogy that I feel people will connect to the most on an emotional level because it deals with one's expectations of themselves and reality being otherwise and choosing to accept that or not. 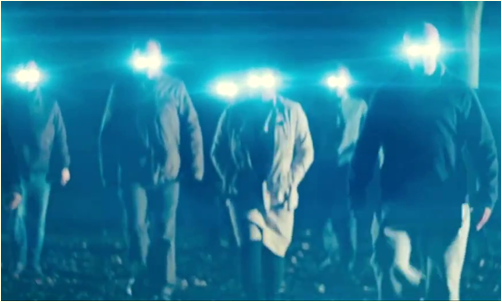 I don't know if the Three Flavours Cornetto Trilogy, a name that has stuck after a brilliant joke made by Wright based on Kieslowski's Three Colours Trilogy, will end up being my favourite trilogy of all time, but I kind of want to go with Gary King's proclamation at the end about how imperfection is better than something cold and perfect and The World's End might just be that. I mean, we will always have the disableds.