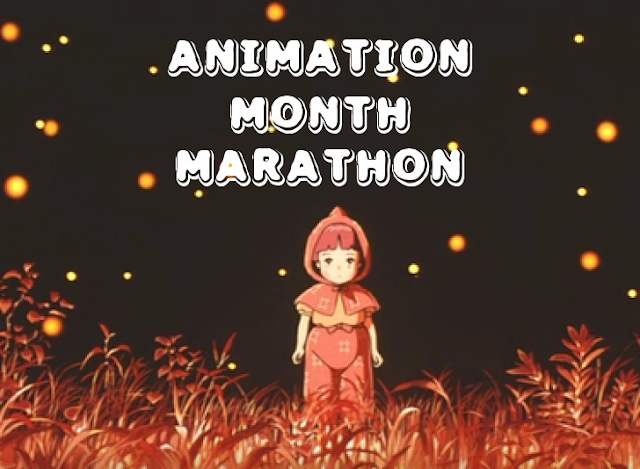 Hello again. This is my second update. I have fallen behind a bit this week, but hopefully I can buck up in the following weeks. 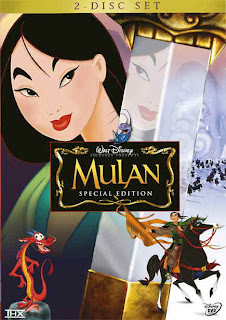 1)  Mulan (1998)- This is my Disney-loving best friend’s favourite Disney film, one she has been telling me to watch for the longest time. After finally having watched it, I can see why she loves it.
It is the funniest Disney film I have watched this entire month. Mulan is definitely a brilliant protagonist, seeing how her motivations had nothing to do with a prince charming, but about her proving herself and helping out her family. It looked beautiful, set in Ancient China. Though this had a scary-looking villain, the main task for our heroine is to finding her true self, which I thought was nice. Also the supporting characters, from Mushu, the dragon voiced by Eddie Murphy, to Mulan’s fellow soldiers and one very macho yet totally adorable La Shing, were all excellent. Mulan officially ties with The Princess and the Frog as my favourite Disney princess movie. 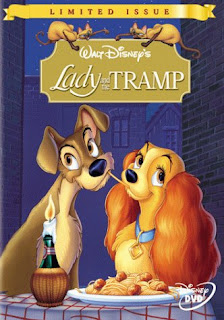 2) Lady and the Tramp (1955)- I am not a dog person. At all. So it was a little hard to concentrate on this film. I guess it was cute, especially that spaghetti-kiss scene, but I was most certainly not the target audience for this movie. I am pretty sure that a particular scene with a dog-fight would have scarred me as a child. It pretty much terrified me still. 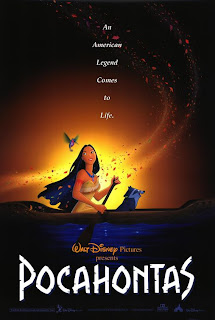 3) Pocahontas (1995)- I actually liked this one, though apparently that is not the popular opinion. I think Pocahontas is the prettiest Disney princess, and her first meeting with John Smith was perhaps my favourite romantic moment in all these films.
It was quite a stunning film too, especially in the song “Colours Of The Wind” where all the nature shots are just gorgeous. After this film, I just had to watch The New World, so I guess that would make an interesting double feature. 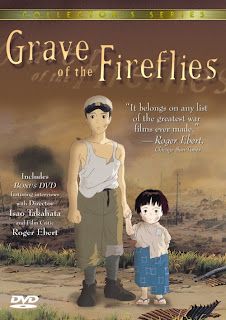 4) Grave of the Fireflies (1988)- Unable to find the remaining Disney films in my list at the time, I decided to start off with anime and this Studio Ghibli feature was my first for this month.
I have heard a lot about how sad this film is, and it really is. It is also incredibly beautiful to look at, especially all the scenes with the fireflies, and the falling bombs that looked quite a bit like the fireflies too. There were moments I got slightly annoyed with the character of Setsuko, but by the end of it, I was very much moved. It is a powerful tale about how war affects everyone, in particular children. As I read in a review, it is not an animated film, but a war drama that just happens to be in the animated form. To see such a poignant film in this medium is quite unbelievable, but it does make us think and believe how much more can be shown in animation, and how it is not just for kids, but for anyone with a tale to tell. 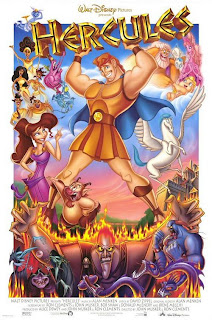 5)  Hercules (1997)- Hey male hero! Woo hoo! First off, the cartoon Hercules is probably the most disproportionate character ever. But he was quite endearing, and this film on a whole was a lot of fun. It doesn't follow the actual exploits of Hercules, for any Greek mythology geeks out there who might be outraged by the film. Instead of Hera, it is Hades who is after Hercules’s life. We see how he becomes mortal and then attempts to get back his immortality by becoming a hero. The action scenes for this are very well made. I also really liked his heroine, Meg, who could almost safely be part of 'Sex and the City: Ancient Greece Edition'. My favourite part of the film were the oh so fabulous muses and their songs. 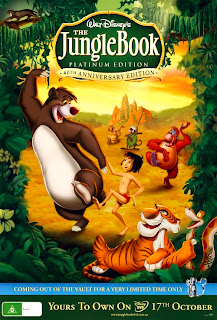 6) The Jungle Book (1967)- I really think that I have seen this before, but the tale is so well-known that I can’t be sure. But I do know the songs, and golly they are awesome!
This is a sweet movie. The characters are colourful, and it gives a sense of colonialized India. I loved Bagheera and Kaa and King Louie and Shere Khan and the very mod vultures, but my absolute favourite was Baloo. He was like the stoned uncle of my dreams. Also, maybe my favourite Disney companion. The ending is a bit blah, but a very enjoyable movie through and through.

So that is it. See ya next week!