1) Personal rant- I am so utterly useless! I should stop planning posts, and I should really really stop posting about them. They never seem to happen. Not doing that anymore. No sir. Also I have been trying to start writing projects outside this blog, and my brain is just too dead to think of stuff. Kill me now!


2) Best movie news ever- Emma Watson will star in Sofia Coppola's next film called The Bling Ring which will be about a group of teenagers who robbed Hollywood houses. As my friend said, it's really not that surprising that Watson would star in a Coppola film as she is exactly her type. Oh this will be epic. And I like the slight badass quality of the project. I have been waiting for the next Coppola film forever. Also, after seeing Tom Ford's beautiful A Single Man last week, I feel he should really make another film already. There was a picture at the Vanity Fair Oscar party of Ford and Coppola together- too much beauty.


3) Oscars got over. I guess I am still a bit buzzed about it. First, I can't stop watching this. Emma Stone is the shit. I want her to make a film with Kristen Wiig. It shall be too funny. Also, please tell me that everyone has seen Jimmy Kimmel's Movie: The Movie. I can't be the only one who is thinking that he should host next year, right? Okay no, finished now.


4) So Star Trek 2 has started, boldly going where no man has ever gone before and whatnot. Benedict Cumberbatch is being an awesome villain. I want him play Alan Rickman's son in some film. They can be like an estranged father and son, and then it will be the battle of the baritone Brits. Ovaries shall explode and women everywhere will go mad!! Make it happen.


5) Trailers: Pixar's Brave released a small scene this week. It finally shows true promise! I have already declared that Princess Merida, with her feisty nature and the wild red hair, is my favourite Disney princess, and yes, I am falling more and more in love with her. Tim Burton is going back to his old days (when he was oh so unpredictable and awesome) with Frankenweenie. I like it, and I really want to see Edward Scissorhands now. 'Tis been too long. New comedy Neighbourhood Watch starring Ben Stiller, Jonah Hill, Vince Vaughn and Richard Ayoade (!) has a teaser trailer out. The inclusion of Ayoade makes it look interesting. Finally The Avengers released the official trailer. I am really excited about it- everyone looks awesome. Also, am I the only one who has a feeling that Jeremy Renner's character will die as no one is going to watch this because of him?


6) Most relevant post of this week (I didn't make this as I am not smart enough, but just put them all together in one big picture). 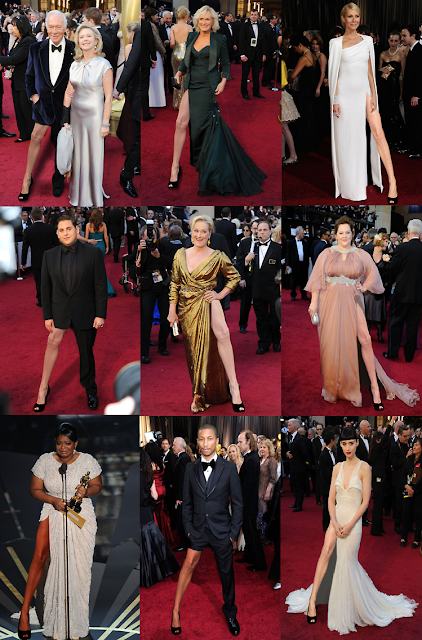