Hello everyone! So guess what? My exams have been postponed for another month which is great news except that they are starting the same day as the new ANTM cycle which is the Guys and Girls cycle AKA my most anticipated thing on TV ever! Gahhhhhhh.
Don't judge me.

1) Gary Oldman is eyeing Benedict Cumberbatch and Ralph Fiennes for his second directorial feature, Flying Horse. It will be about a photographer who murders a theatre critic who is having an affair with his wife. I think this will be excellent. All of them should definitely act together, even though Oldman has separately costarred with both the actors- with Cumberbatch in Tinker Taylor Soldier Spy and with Fiennes in the Harry Potter movies. Honestly though, if the Harry Potter films were still being made, Cumberbatch would have definitely made it into its gargantuan British cast. He could have been a Death Eater, or maybe a younger version of Snape. Yes! They should actually make a Snape spin-off with Cumberbatch- I will not mind one bit. Anyways, I want Flying Horse now!

2) Speaking of other Hogwarts alumni, Emma Watson is going to reteam with Harry Potter producer David Heyman in Queen of the Tearling, the adaptation of the first book in a trilogy. The story is "set three centuries after an environmental catastrophe when a malevolent Red Queen holds considerable power". People are calling it the Game of Thrones for women, which makes no actual sense if you watch the show- the women are the biggest badasses in Westeros. Like duhhh. Still, I am really happy that Watson is going places, though I don't know if another blockbuster series is a good idea. Having said that, she has already played one of the most inspiring female role models in recent times so she is an apt choice for this.

3) This news came out on the morning of the day Matt Smith announced his retirement which was when my world ended. Anyhoo, Karen Gillan, Smith's ex-costar and companion on Doctor Who, is going to play a lead villain in the upcoming Guardians of the Galaxy movie, which is brilliant! She will be a baddie alongside another beautiful tall person, Lee Pace, and Michael Rooker. Rumours suggest that she will play a bounty-hunter named Angela but we will see if that's true or not. The film will also star Chris Pratt, John C. Reily, Zoe Saldana and Glenn Close. So happy for Gillan- redheads FTW!

4) Other casting news- Eddie Redmayne is going to play Stephen Hawking in Theory of Everything. The film will chronicle that period of Hawking's life when he was diagnosed with motor neuron disease and was told he has a couple of years to live, causing him to go into depression and have problems with his to-be wife. It sounds like a very demanding, dramatic role and it will be interesting to see what Redmayne does with it. It will be directed by Man on Wire director, James Marsh. Next, Leonardo DiCaprio is going to play Rasputin and Jason Hall, the screenwriter who wrote the upcoming Steven Spielberg-Bradley Cooper movie American Sniper, is going to pen the script. It's still very much in early development but it sounds cool and weird and I'm glad to see that Leo is still after that Oscar. GIVE HIM THAT OSCAR, YOU BASTARDS! Finally, the dude who did win the Oscar, Christoph Waltz might be starring in Roman Polanski's True Crimes which is based on a New Yorker article about a Polish detective solving a cold case that leads him into Poland's underworld. Waltz has worked with Polanski on the delightful Carnage, where he outshone everyone else, and it would be very cool to see Waltz do something subdued and grim like this.

5) Oh btw, are you guys listening to our podcast? You can click on the page above named "Across the Universe Podcast" to listen :)

6) I am on such a Bollywood music binge right now, all because of Yeh Jawaan Hai Deewani. This song in particular-

7) Posters- Well, not actual posters but discarded ones in fact. Spike Lee's Oldboy remake starring Josh Brolin, Elizabeth Olsen and Sharlto Copley didn't use these 4 posters but I think they're pretty cool, especially the trunk one.

8) Trailers- Touchy Feely made by Lynn Shelton who direcred the wonderful Your Sister's Sister, looks just as sweet and touching (haha get it?). This too stars Rosemary DeWitt, along with Ellen Page, Scoot McNairy and Allison Janney. Filth has another awesomely disgusting red-band trailer out. I really want to watch this. The Way, Way Back looks very good too. Loving Steve Carell and Sam Rockwell in it. 300: Rise of an Empire looks as over the top as one would expect. It kind of sucks that the main guy isn't hot but hey, Eva Green is one gorgeous lady. The trailer to The Hobbit: The Desolation of Smaug has me concerned as it somehow features more Legolas than Bilbo. Also I disapprove of us not hearing Benedict Cumberbatch's voice in it. Thank god for all the Lee Pace though. Pretty elf is pretty. Naomi Watts-starrer Diana has a teaser out and it looks very boring, though I have faith in her. Aside from her exciting new project, Karen Gillan is also the star of Not Another Happy Ending which looks cute albeit predictable but I love her so I will watch it. Robert De Niro and Michelle Pfeiffer star in gangster-family-comedy The Family, erstwhile known as the v. exotic Malavita, and I might watch it. Might. The trailer of the week/fortnight is *obviously* Woody Allen's Blue Jasmine. It looks amazing and I'm really loving Cate Blanchett losing her mind and Sally Hawkins being just awesome. Two Oscars please.

9) Finally, how awesome is Hannibal? And Mads Mikkelsen? I give you- 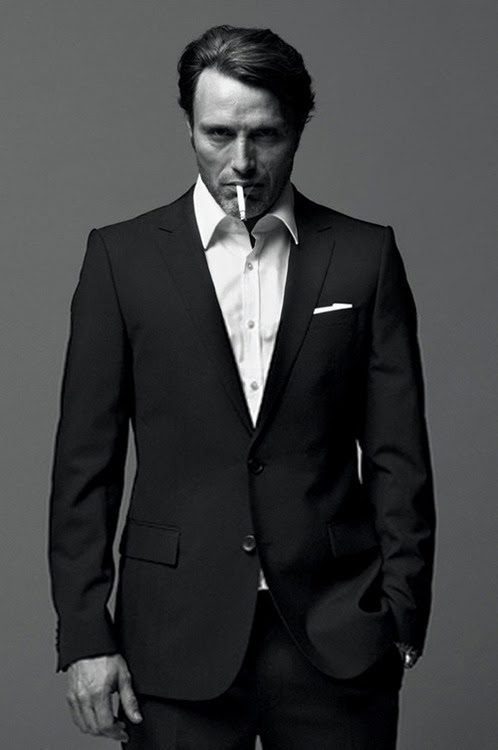 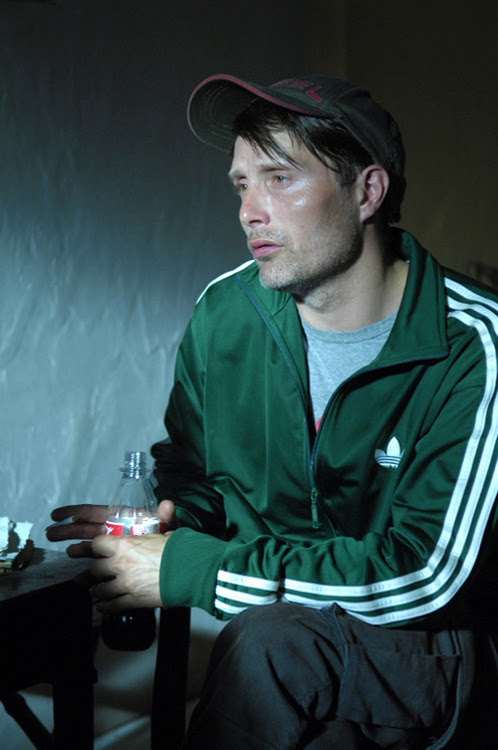 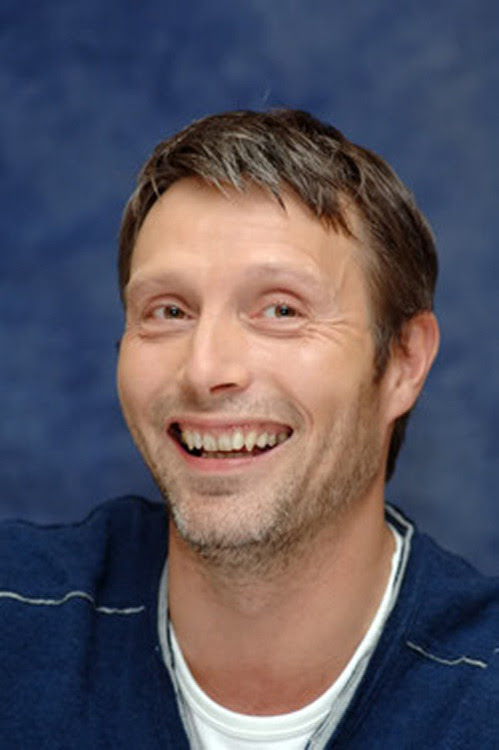 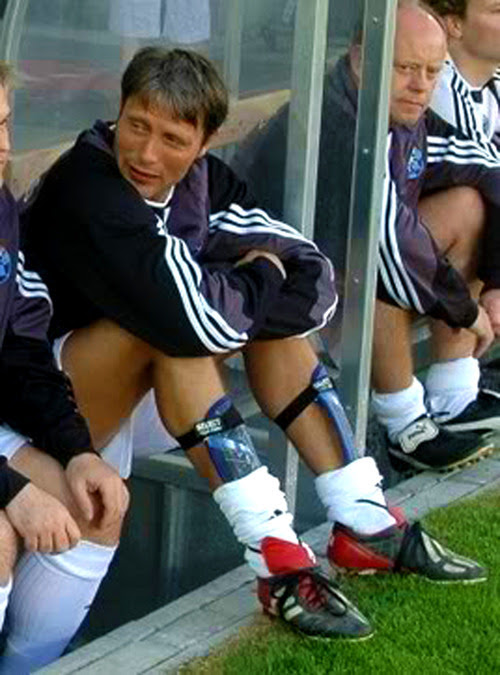 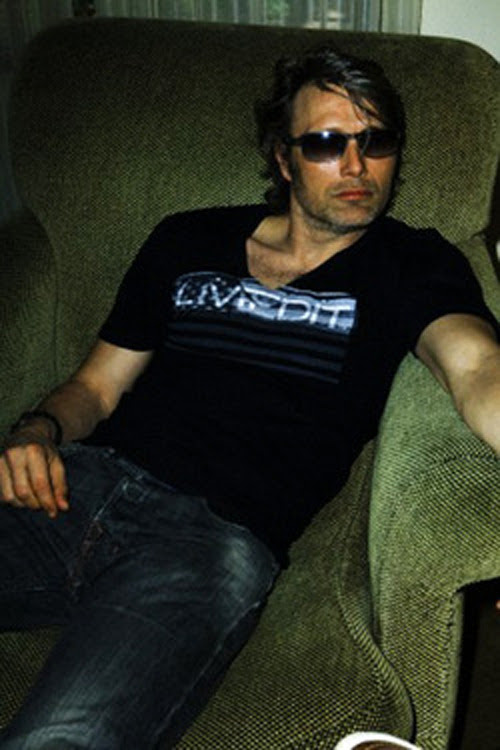 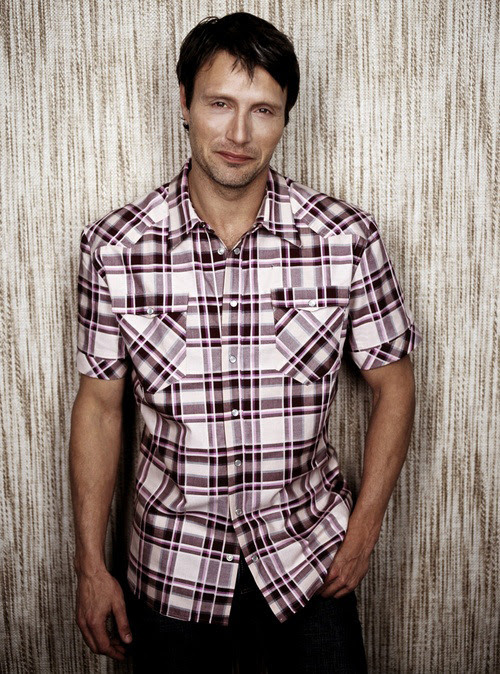 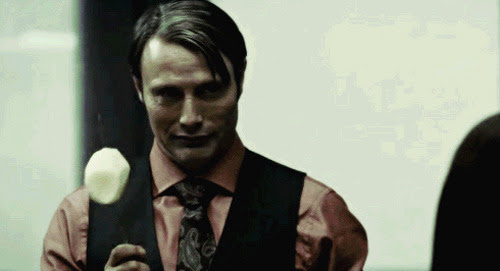 Honestly, I just wanted a lot of Mads Mikkelsen on my blog. Muahahahahaa.

Be careful of what or who you are eating. Good bye!