As I had predicted, after returning to India, my film-watching has reduced enormously. Not only because of the erratic DVD player that still refuses to play my beautiful and overpriced The Girl with the Dragon Tattoo DVD, or the reduced internet speed because of which I take two days to watch an 80 minute film on Youtube, but also due to the heat that just makes me not want to watch films. And then I feel wretched. I still managed to watch 30 films in all, keeping an average of one film per day. Let's hope this continues... 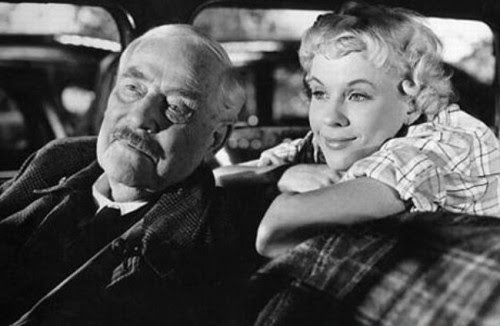 1) Oldboy- Oh so violent! The final twist, even if one predicts it, can literally get the wind knocked out of them. One of my favourite villains in recent times.
2) Miss Pettigrew Lives for a Day- Isn't Amy Adams just adorable? I thought it was a delightful film. Also Lee Pace's singing voice :O
3) The Piano Teacher- A film I did not expect to like at all, but I daresay it might have become one of my favourites. Phenomenal performance by Isabelle Huppert.
4) Doubt- I love bitchy Meryl Streep. Her face becomes just so toxic. It was an interesting film. Viola Davis was a total scene stealer.
5) Battle Royale- Amazed that I only just heard about it, considering what a huge Kill Bill and Shaun of the Dead fan I am. Still, it was quite extraordinary and really entertaining. So glad I am out of school though! I wouldn't have lasted very long at all.
6) Shame- Oh Fassy Fassy Fassy- how much more amazing can you get? Such a harrowing performance... a beautiful yet very difficult film.
7) The Hurt Locker- It was alright. Nothing special except the fact that Kathryn Bigelow is awesome.
8) if...- The film that got Malcolm McDowell the part of Alex DeLarge. It is quite a good film and would make an interesting double feature with The Hurt Locker as both are about men who like violence.
9) A Trip to the Moon- Saw it properly, outside of Hugo. It is just fantastic to think that films took us to the moon nearly 70 years before science could.
10) Barry Lyndon- So very long. I am such an impatient person and this film really tested that. It is definitely very beautiful and a good enough tale, but it went on and on and on!
11) The Guard- I love the McDonagh brothers and what they seem to do with Brendan Gleeson. This was really amusing. Also Mark Strong as the baddie (yet again)!
12) The Secret of the Kells- Such beautiful animation. Even though I fell the film ended too quickly, just the look made up for any of the shortcomings.
13) Talk to Her- Almodóvar just keeps on impressing me. His films are almost fantastical, but they have a really serious message hidden behind it all. This was no different.
14) Animal House- So friggin' hilarious! I loved every second of it. And I am completely addicted to "Shout" by Otis Day and the Knights.
15) Wild Strawberries- My first Ingmar Bergman film and it already has such an impression on me. It was so  sad, yet so lovely.
16) The White Ribbon- Er... I did not like this at all. Black and white has never been gloomier. Nothing seems to happen- really tested my patience.
17) All the President's Men- Really fantastic investigative journalism tale, obviously based on the true story of the Watergate scandal. The ending was a bit of a letdown though.
18) Persona- I don't think I got all of it, but something tells me that it's not one of those films where you need to fully understand it in order to love it. It's absolutely stunning and two excellent female performances.
19) The Fly- Started my crazy Cronenberg films list with this horror classic. While I didn't find it that scary, I thought it was very entertaining and a great story on the whole. Also dynamic performance by Jeff Goldblum.
20) A Place in the Sun- Wow this film made me feel ugly. I mean Montgomery Clift and Elizabeth Taylor... together... in black and white! Too much human perfection. It was a very tragic film though.
21) My Dinner with Andre- This film just blew me away. I found out that I absolutely love the sound of two people just talking. And they talk about everything. It was so different and incredible.
22) The Avengers- SMASHING!!! If this film was a person, I'd marry him.
23) Sweet Smell of Success- Pretty darn amazing. I especially loved the depiction of New York in it. It's so snappy and fast and cool. 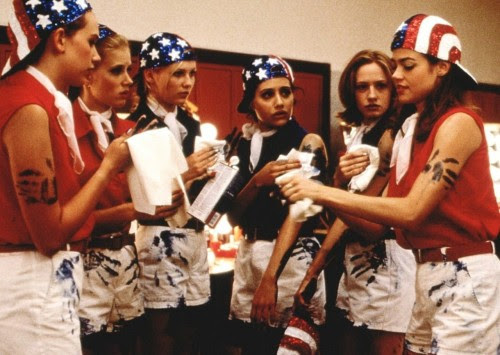 1) In Bruges- This film is just so bloody brilliant. Keep falling more and more in love with it. Also Ralph Fiennes is a god.
2) Notting Hill- I was craving Hugh Grant. It's just what I do.
3) The Artist- In-flight movie. The plane in Geoger Valentin's film took off right when my plane did. Perfection :D
4) Carnage- I think this film was kind of awesome. It's really entertaining too. Christoph Waltz should play the Devil at some point.
5) Die Hard- Hans Gruber is so bloody sexy. I mean as much as I love John McClane, I wanted Hans to win.
6) Somewhere- Even though it's my least favourite Sofia Coppola film, I think it is gorgeous. The film that gave the world Elle Fanning.
7) Drop Dead Gorgeous- In honour of Kirsten Dunst's 30th birthday. So funny! "The swan ate my baby!!" 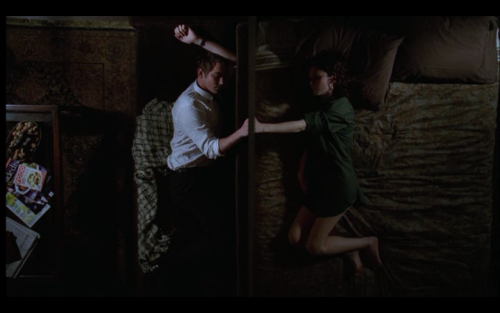 1) Both the seasons of Pushing Daisies- This show was so fantabulous- it should have gone on forever! I hadn't seen a few episodes of the second season, so I watched all of it. I love Ned the piemaker. So effin' much!
2) First season of Game of Thrones- It's really good, but this show frustrates me for whatever reason. Poor Sean Bean. 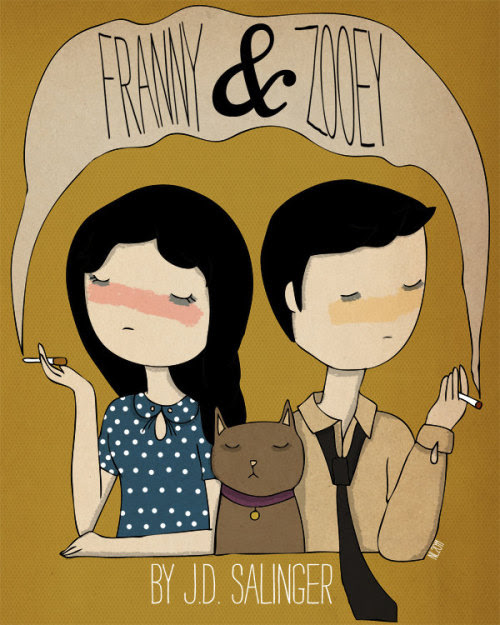 1) Submarine by Joe Dunthorne- Surprisingly, not as good as the film. The book is far more cynical and the Oliver Tate is more messed up. The perfect sweetness of the film isn't present so much.
2) Franny and Zooey by J.D. Salinger- Fantastic. Love it. Just what I needed at this point in my life.