This week's post has some really, seriously serious stuff and a lot of normal, dumb shit one expects from this blog. Enjoy, I guess.

1) So, last week was a pretty stressful week. Everyone knows by now what happened in Nepal. We felt the tremors of the original earthquake and many aftershocks later. That first tremor on the morning of the 25th was the strongest and longest tremor I have ever felt. It was almost funny at first- as my friend described it, it felt like we were surfing- but then it started to get scary. I live with my grandparents and at the time, it was only me, my grandmother and our maid in the apartment, which is on the 3rd floor of our elevator-less building. My grandma has a bad leg and at that point, everything I had ever read about what to do in an earthquake situation started going through my head. Thankfully, and I really mean that, nothing worse happened and we didn't have to take any measures. There was another rather strong tremor the next day and for about four days, I just permanently felt like I was at sea. Like every time I thought about tremors, I felt them. This is obviously nothing, rather minus nothing, compared to what the real victims of the Nepal earthquake went through. Watching the death toll rise every hour or so was terrifying too. It was just a strange feeling to have felt something, however slight, that caused so much destruction. I really don't want this to sound like I'm making this about me. Oh god, I hope I am not Hannah Horvath-ing this awful thing. I just really wanted to share this. It was something that I couldn't stop thinking about and I just wanted to put it in words.

2) That was the really, seriously serious stuff. Let's go revert back to what this blog is about. Harry Potter! Doctor Who! Ryan Gosling! Abs! MAN-BUTT! Okay, we're back.

3) I also gave the last of my college exams this week. So I am currently at that awkward not-an-undergraduate-not-really-a-graduate phase. I have some free time in my hands but I have to give a couple of entrance tests to qualify for post-graduate courses in May. Once I have selected a college, I will be living on my own for the first time in my life. I am really excited/anxious about that. And I will be learning film-making properly and I can start actually doing what I want to truly do in life (hopefully) :) Yeah, so that was an update about my life or whatever right now. How are YOU guys?

4) Xavier Dolan had announced that he's making The Death and Life of John F. Donovan with Jessica Chastain and Kit Harrington (who I have officially warmed up to) but before that, he's going to make Juste La Fin Du Monde or Only the End of the World which will star *cue drum-roll and fangirl screaming* Marion Cotillard, Lea Seydoux, Vincent Cassel, Gaspard Ulliel and Nathalie Baye. I am not that familiar with Baye's work but the other four- oh my gawd!!! Like not only am I a huge fan of their acting, but I swear I have had (or rather still do) crushes on all of them. I mean, holy shit, this film is going to look soooo beautiful! It's based on a play by Jean-Luc Lagarce about a dying writer who comes back to his family after 12 years (why is everything 12 years long now??) and I just know I am going to be destroyed by it but goddamn, I want it in my life! Dolan's only 26 and he's making friggin' 2 movies this year with certified stars and acting giants (and Harrington) and what the fuck is even my life?!

5) Obvious Child was one of my favourite films of last year and its director Gillian Robespierre is now making a show with its star Jenny Slate and Ari Graynor (who I have loved since Nick and Norah's Infinite Playlist). Yayyyyy! It's been described as "two gutsy born-and-raised New Yorkers who discover each other in their 30s" and they then decide to go on a road trip after making a film together. I can't wait.

6) Speaking of comedic female duos, you guys must know about my crazy love for Broad City. Two of its writers, Lucia Aniello and Paul Downs (who plays the hilarious Trey on the show) are going to write an all-female spin-off of 21 Jump Street. I can only hope and pray that they get Abbi Jacobson and Ilana Wexler, aka my personal goddesses, to star as leads. As for the Jonah Hill and Channing Tatum characters, they are apparently going to be a part of the next Men In Black movie because this is some shared universe? Also, did you guys know that they're making another of those Dan Brown-Tom Hanks movies and it has Felicity Jones in it? I completely missed its announcement and I am baffled as to why it's even being made. Not even my undying love for Ewan McGregor could make me watch Angels and Demons.

Okay, I can. It's Hemsworth (can you say life goal much?) but Evans is so cute!

8) Ava DuVernay got a Barbie doll made of her! That's soooo cool! Like, who even needs an Oscar when you have your own Barbie? This has actually become a life goal because I was OBSESSED with Barbies as a kid and I didn't even know this was a thing that was possible. Also, I really want the DuVernay Barbie but it's not in production and even if it was, it will never sell in India *sighs*.

9) Trailers- Legend looks fun and brutal and it has 2(!!) Tom Hardys. I also spotted Kingsman star Taron Egerton in it so I am definitely looking forward to it a lot. I forgot to post about the Black Mass trailer which also I liked. I can only hope that this is a return to form for Johnny Depp. I don't know about you guys but I think Irrational Man looks great. I adore both Joaquin Phoenix and Emma Stone and I like that both of their characters seem to be narrating. And now for something terrible- the Fifty Shades Darker teaser :X :X I mean, why?

10) Finally, as much as I like looking at Sam Heughan's ass, my true Outlander crush is Caitriona Balfe. Not only is she an amazing actress, she's absolutely stunning to look at. Some reviewer called her a brunette Cate Blanchett and I can see that. Can you? 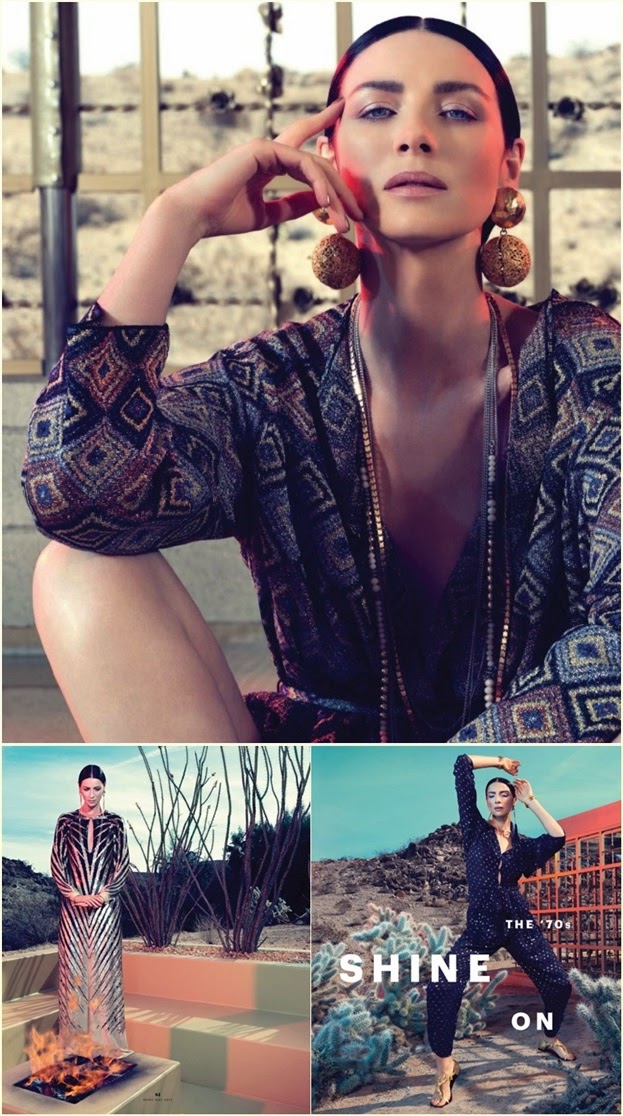 And that's it. Bye, guys. I am not Hannah Horvath!