The Month that was- November

It's December again -.- Another goddamn year wasted. November wasn't though, at least movie-wise, what with the film festival and Noirvember going on. It's a good thing that I managed to watch as many movies as I did (41 in all) because my exams start in January and I *really* need to study :/ 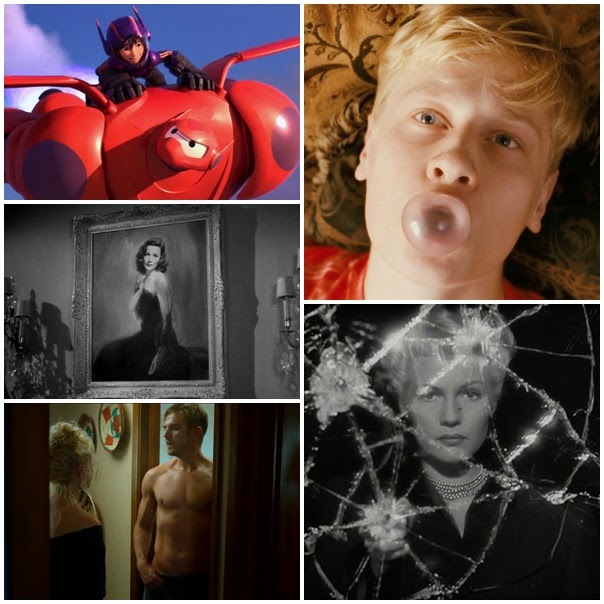 1) Solaris- This put me to sleep... thrice :/
2) Anari- It was really touching. "Kisi Ki Muskurahaton Pe Ho Nisar" is a great song.
3) Two Days, One Night- I loved it so much. I love films that celebrate little victories. The subject matter of this may seem trivial but it *is* important to the characters in the film and it does justice to that, and to them. Marion Cotillard was really fantastic too.
4) Blazing Saddles- So funny. Also, I could have never, ever, ever, ever, ever, EVER expected that climax ever. Woahhh.
5) The Lady from Shanghai- Noirvember! I really liked it for most of it but that last 8 minutes or so is fucking insane! WOOOOOAAHHHH!! Also, I heart all of Rita Hayworth's costumes in this.
6) Laura- Noirvember!! I loved it. Yes, it was campy and a bit ridiculous but so much fun!
7) The Big Heat- Noirvember!!! This was a really genius film. You think it is one thing but it ends up being about something else entirely.
8) Big Hero 6- So much fun with a great warmth in it. And it was gorgeous too! I want a Baymax. I also want the older brother who's totes giving Hiccup a run for his money for the Hottest Animated Character of the Year Award.
9) The Killing- Noirvember!!!! It starts out a bit slow and confusing but my mouth literally fell open twice towards the end and not that many movies manage to do that anymore. Excellent!
10) Charlie's Country- Eye-opening but still very slow.
11) Geronimo- My least favourite film of KIFF. What a hot mess.
12) These Are the Rules- One of the most surprisingly good films we saw at KIFF. Incredible handling of death.
13) Pasolini- Eh. Pretty forgettable in spite of super uncomfortable sex scenes.
14) The Search- I was very emotionally invested in this. I liked it quite a bit.
15) Ciudad Delirio- SO cute! Yaay for random salsa romcoms mid-super serious film festivals!
16) Interstellar- I liked it but it's already kind of gone from my head. I remember being annoyed at the end because to me it made no sense. Yeahh.
17) Kaafiron Ki Namaz- Weird, funny, outrageous and super-theatrical. Liked it more than I had expected to.
18) Refugiado- I like simple, effective stories and this was one. The kid in this was very cute too.
19) Omar- The movie where I found my next dream husband. Adam Bakri, you beauty. Also, it was a really good film.
20) The Two Faces of January- So straightforward and kind of bland. Did anyone else think that Oscar Isaac looked a bit like young Al Pacino in this?
21) The Guest- I loved it. Twisted and fun and hot, mostly because of Dan Stevens. Who knew Matthew Crawley had this in him? And what a soundtrack!
22) Mommy- It literally gave me all of the feels, so much so that I didn't know how to react after it was over. Amazing. One of my favourites of the year.
23) John Wick- This film is a blast. The action scenes were fucking awesome and I loved how the whole crime syndicate was like a dysfunctional family.
24) The Elephant Song- I thought it was trying to be smarter than it was. Dolan was good.
25) Whiplash- What a film. What an experience. Energizes every atom in your body. Love love love!!
26) The Thin Blue Line- So important and still kind of shocking.
27) Breathe In- I liked the performances and the music a lot. Guy Pearce is one hot fucker.
28) 3-Iron- Really weird but I liked it a lot. So romantic though it gets a tad too creepy at one point *shifts uncomfortably*.
29) Waltz with Bashir- Definitely worth the hype. That last part just pierces through you.
30) What We Do in the Shadows- SOOO funny! AND clever. 2014: the year vampires became awesome again.
31) Magic in the Moonlight- Charming but forgettable. Some lines were really lovely though, as was Emma Stone.
32) Gun Crazy- Noirvember!!!!! I really liked this one too. Peggy Cummins was excellent and John Dall was really handsome.
33) Kiss Me Deadly- Noirvember!!!!!! This was probably my least favourite of the noirs I saw. I thought it dragged a bit. The ending was something though. 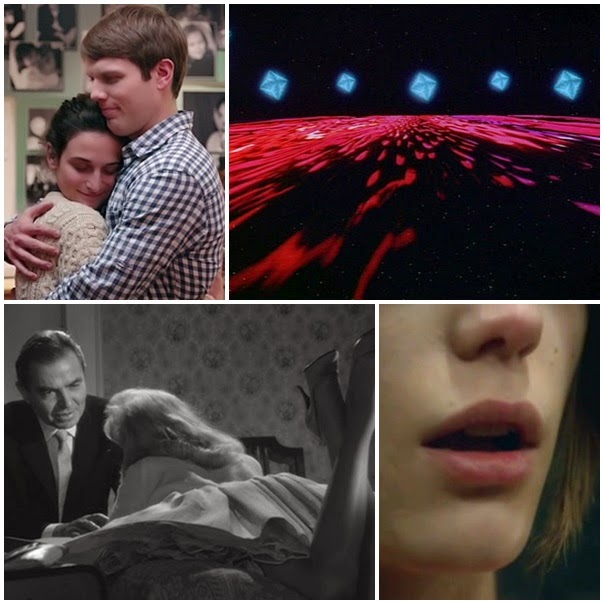 1) Gone Girl- In India this time. They censored "cunt" and "pussy" but left "cum-on-me tits" in there. I don't understand.
2) Out of Sight- For our Neo-Noirvember (!!!!!!!) episode. I was probably asexual when I first saw it because how the fuck did my ovaries not explode then? Anyways, they're gone now, all thanks to Clooney in the fucking bathtub.
3) Lolita- First film of KIFF. I forgot how excellent Shelley Winters was in this.
4) 2001: A Space Odyssey- Honestly, the whole fest would have been worth it just to see this on a big screen. Gorgeosity itself.
5) Nymphomaniac vol. 1- With added uncensored stuff. I still love this film. It makes me laugh. Bite me.
6) Dr. Strangelove- Is there anything funnier than listening to General Ripper talk about bodily fluids?
7) Obvious Child- For our podcast. I seriously love this film to bits. More films like this, please and thank you.
8) Guardians of the Galaxy- Watched it as soon as the DVD arrived. It's brilliant and I don't care if you agree or not *finger on the throat means death*. 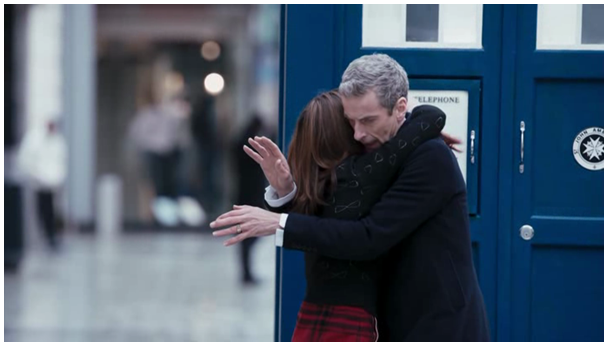 Doctor Who, series 8- An excellent, excellent series and great work from Peter Capaldi and Jenna Coleman. I have a post on this half-ready and I will finish it very soon.


That's all for now. I will definitely post some stuff in December + this blog turns 5 if you can believe it. How time flies etc. Bye!