Hello people! As you may have figured out, I am a bit out of ideas for the blog. Anna was kind enough to suggest this idea to me on Twitter and here I am!

With the recently released poster and trailer for Wes Andersons highly anticipated eighth feature, The Grand Budapest Hotel, everyone's been buzzing about the filmmaker and the incredible cast he has amassed for the film. There are a number of new names there, none more impressive and frankly perfect as that of Ralph Fiennes. I have been going a bit crazy about it all and therefore Anna suggested that I should make my own list of dream actors that I would like to see in a Wes Anderson movie. 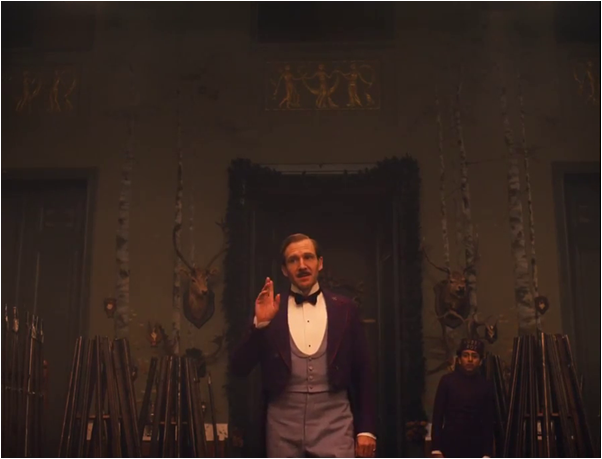 I must say that I took the idea up rather excitedly and got 31 names the first time. I have narrowed the list down to 14 actors, who I have chosen for many reasons such as curiosity, intuition or maybe just their looks. 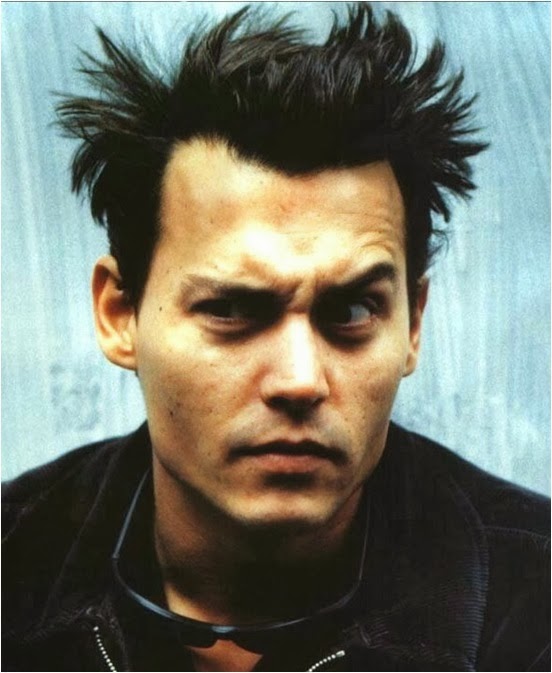 Johnny Depp
If you recall, there was a rumour that had started about Johnny Depp starring in The Grand Budapest Hotel. I had become very excited because this would have been exactly the kind of role Depp needed to get out of this awful weird-character-blockbuster muck he's been stuck in. Unfortunately, it all ended up being totally untrue and while I am more than happy about Fiennes, I do still want a Depp-Anderson collaboration to take place. Before Depp became a big star, he was the guy who starred in interesting off-beat films and made a name for himself. A film with Anderson would be a return to such films for him. And yes, some of us do think that Depp should put his eccentric side to rest but even at their most quirky, Wes Anderson characters have very human aspects to them, and I think Depp still has enough talent left in him to play someone like that. 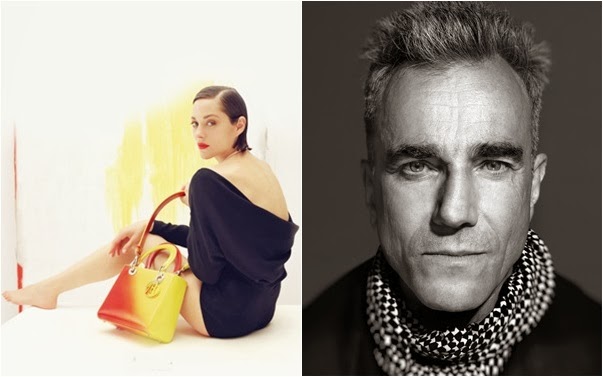 Marion Cotillard, Daniel Day Lewis
Ralph Fiennes is usually considered a dramatic actor but anyone who has watched In Bruges and, well, the trailer of The Grand Budapest Hotel, know that he has the most surprising comic side to him. Cotillard and Day-Lewis are two actors whose comedic side I would really like to see. The former has mentioned in interviews that she would like to do something funny and I think she has the kind of beauty that would work really well in a Wes Anderson movie. And as for the latter, I have only ever seen him play very serious roles and considering what a great actor he is and just how sweet he seems in real life, I am very curious to see how he would tackle something lighter. As mentioned above, Anderson's movies are a unique blend of quirky and dark and actors such as these two can do wonders.

The ones I think will just belong- males 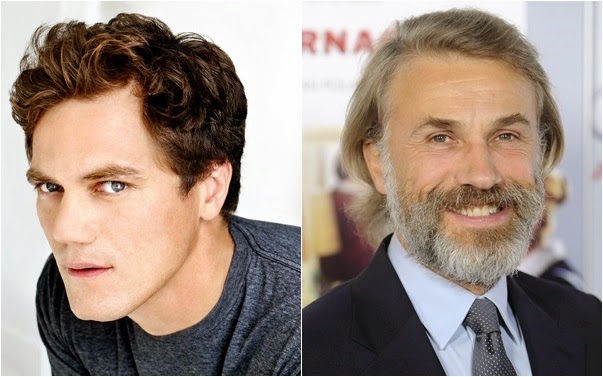 Michael Shannon, Christoph Waltz
Right? There is something about Shannon, in spite of his towering figure and crazy eyes, that I can see fitting in a Wes Anderson movie. I mean even though he usually plays somewhat scary characters, he kind of makes me laugh because of the slight confused expression he always has on his face and I think that's interesting. As for Waltz, I think he'll be perfect. Think about Willem Defoe's character in The Life Aquatic with Steve Zissou and try telling me that Waltz wouldn't have been cast in that role if the film had been made after his big Hollywood breakout. His dialogue delivery, comic timing and general awesomeness will really work in a Wes Anderson movie.

The ones I think will just belong- females 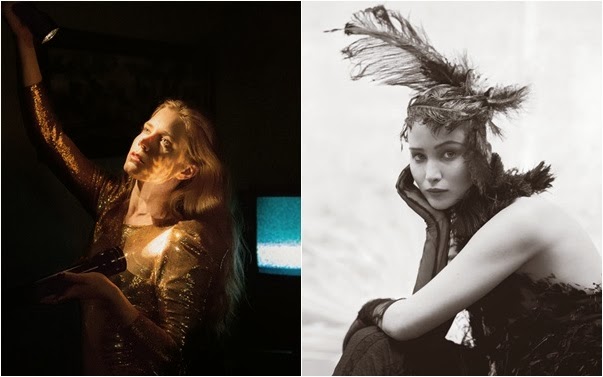 Amy Adams, Jennifer Lawrence
The American Hustle girls! But seriously, I think both of these women can do the sexy, lonely, misunderstood, deadpan thing that the female characters in Wes Anderson movies have. In case of Adams, firstly think about her hair and how it will look in the Wes Anderson colour palate. Next is the fact that she can do both funny and icy really well and that combination can work wonders. As for Lawrence, Tiffany in Silver Linings Playbook when she's not being manic is pretty much a female character from a Wes Anderson film. I think she has that down. 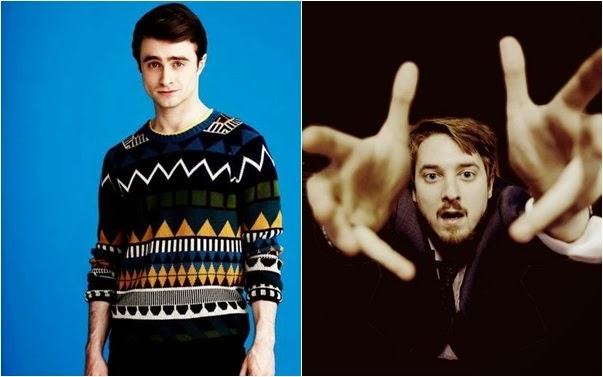 Daniel Radcliffe, Arthur Darvill
I am loving Radcliffe's career choices so far and it will be great if he gets to work with someone as brilliant as Anderson. I think he's talented enough and then there is also his height. Honestly, I just thought of Jason Schwartzman in Rushmore and Tony Revolori in The Grand Budapest Hotel and then came to the conclusion that DanRad will fit right in. That's how my brain works. As for Darvill, he has a natural quirkiness and oddness to him and he can be very funny very effortlessly and I think he would do great in a Wes Anderson film. Also, I think both of them can embody the struggling genius motif that runs through many of Anderson's films pretty well. 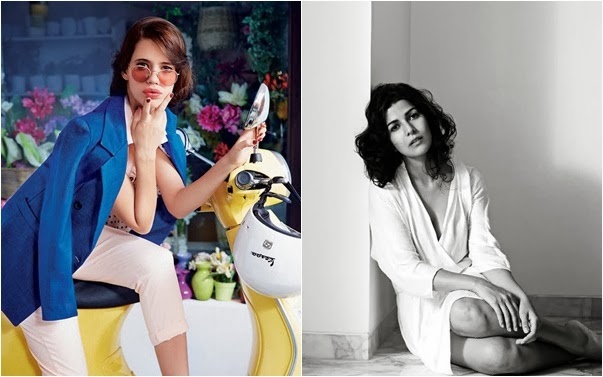 Kalki Koechlin, Nimrat Kaur
One of my favourite things about Wes Anderson is his affinity towards India. He has set a film in India and has worked Indian actors like the late great Kumar Pallana, Waris Ahluwalia and the amazing Irrfan Khan (something I had forgotten because he was in this list earlier). So I really wanted to include Indian actors. However, the problem with Bollywood actors, which is more my area of expertise, is that they tend to overplay while acting which just won't work. Having said that, there are a number of Indian actors who do have the kind of subtlety that will be better suited to an Anderson film. Koechlin just has such a unique look (thanks to her part-Indian-part-French heritage) that I think she will be brilliant in a Wes Anderson movie. Kaur, on the other hand, has a very Indian look. She's obviously beautiful but she isn't as glamorous as the other Bollywood actresses and so if anyone was to play a real Indian woman, she would be perfect. And both of them are fantastic actors of course. 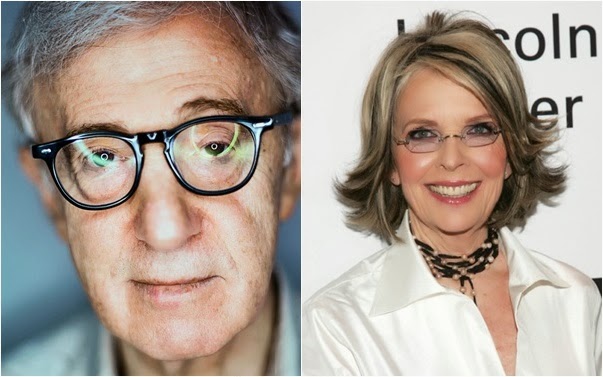 Woody Allen, Diane Keaton
I know what you're thinking but let me explain. The moment this crazy idea came into my head, I tried to brush it away as something totally mental but it just kind of stuck along with a big "What if..." Just try and imagine Allen and Keaton as directed by Wes Anderson. Don't you want to watch that? I sure do. 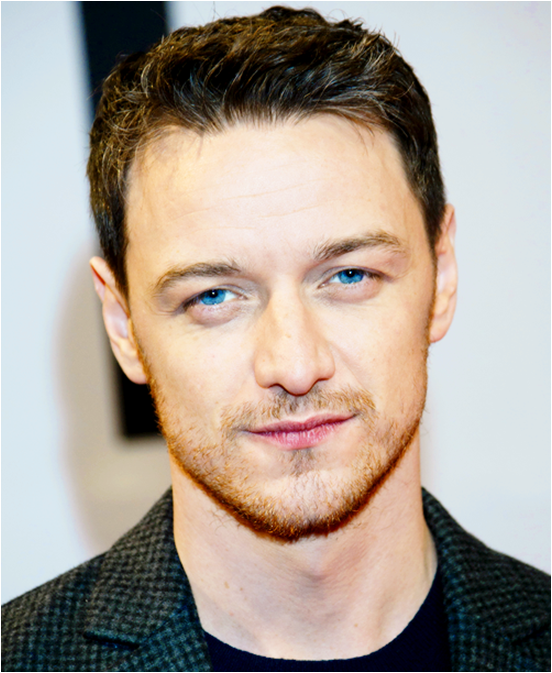 James McAvoy
McAvoy has the most ridiculous blue eyes on the planet, which is something everyone knows. Now all I want is to see them in a Wes Anderson movie with the Wes Anderson colours. Come on, you know you want it too...

So that's it! Thanks once again to Anna. I hope you all liked this. Or not. It's perfectly alright. Tell me in the comments below how good my chances are of becoming a casting director :)