After doing the The Film Experience's "Hit Me With Your Best Shot" last year with one-half of my two most favourite movies of all time, Moulin Rouge!, I had expected to partake in many more of these this year. Alas it wasn't to be, but with a lot of difficulty I've managed to do one such post for another of my most favourite movies, another romantic one- Tim Burton's Edward Scissorhands. 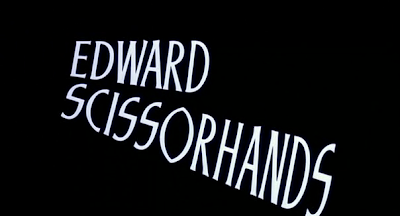 It is a very interesting looking film. I thought about several aspects of it which I like. One of the funniest things about the film, because it is a very hilarious film too, is the gossiping housewives. This time around, I actually noticed how Burton showcases their hair, since that will become a bit of a centerpiece of the film later on. If you enlarge the picture, you'll see how Helen, played by Conchatta Ferrell (the second housewife) still has a roller in her hair in the last shot. 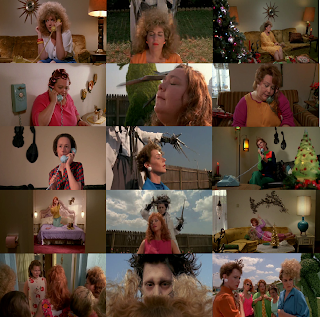 The most ferocious housewife of them all of course is Joyce, played splendidly by Kathy Baker. When I was taking screencaps of the film for this post, I felt oddly compelled to take some of her big, witchy, sharper-than-scissors nails. 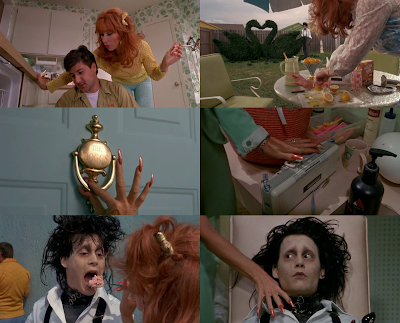 Also the scissors- I love how almost always the scissors are shown before Edward himself. It is a sad albeit incredulous reminder of what life must be for a man like him. 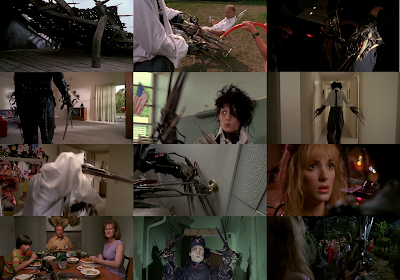 Look at this gem of a shot where both are shown together- wonder which one is more deadlier... 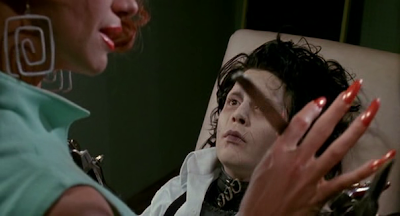 But now, after this rather long intro, let me get to my favourite shot. It was a little difficult to choose because my personal favourite part of the film is when Kim, played by the lovely Winona Ryder, asks Edward to hold her, and he says that he can't; it is a painfully beautiful scene that unfortunately cannot be captured in a screencap... you have to see Johnny Depp's amazing acting to truly feel it. But then, Kim makes him embrace her, and there is a little flashback to when the Inventor, played by Vincent Price, is finally going to give him real hands. 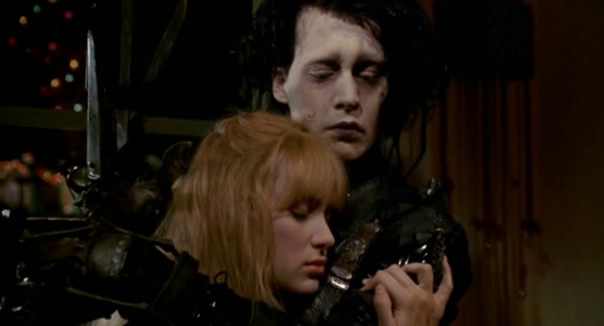 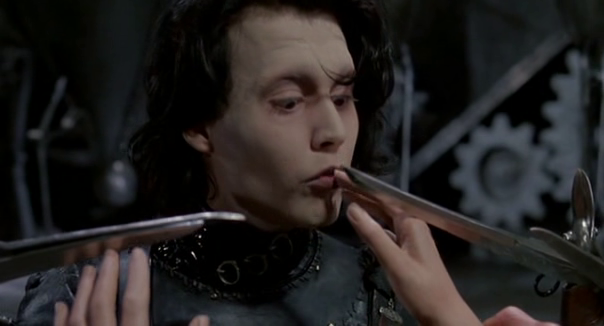 It is this part that makes you realize how much he wants to be with Kim. He yearns for her, for her touch and beauty and love, as much as he yearns to have hands and be normal. And somewhere inside he's afraid it won't be just like how he never was able to get the normal hands. This is the true tragedy of Edward Scissorhands, the one and only. 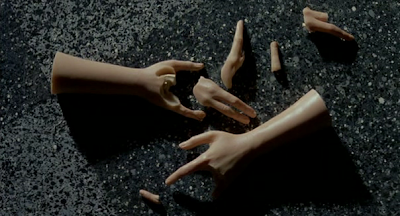