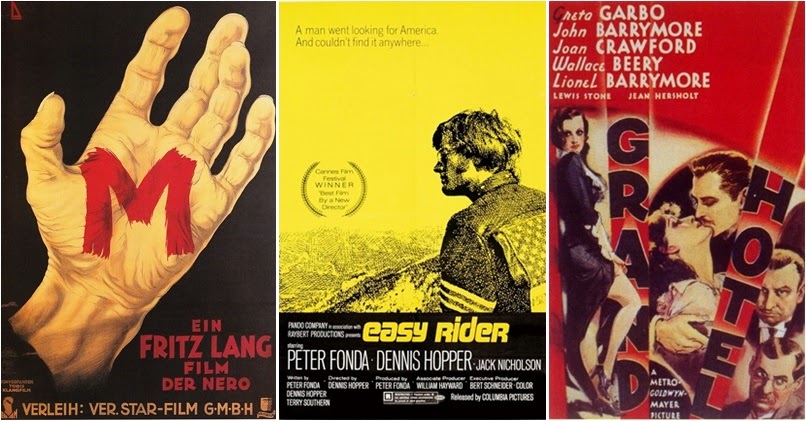 Since I was unable to write my Blind Spot entries for June and July, I've decided to club them together with August's entry (in a post that got published in September- yaay I know months!). As these are mini reviews, I won't be going into great detail about these three films which is a good thing because I don't have a lot to say about the them except that though 2 out of 3 of these are among my least favourite Blind spot entries so far, all of them are monuments in the history of cinema and here's my take on them- 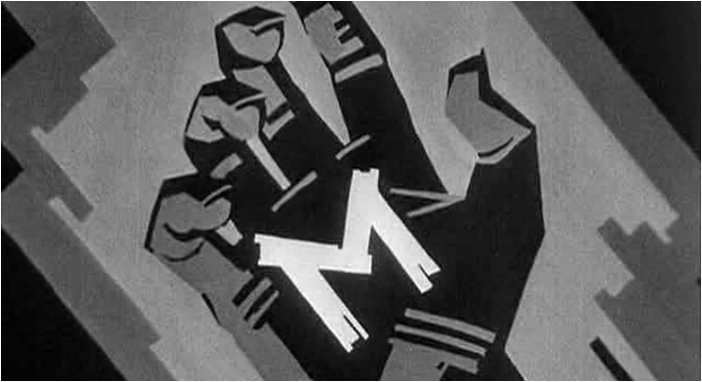 Basic plot- Berlin is terrorized by a serial killer who targets children and soon the whole town is out to get him. Their only clue is that he whistles a particular tune and that helps them in nabbing the culprit.

I am super glad that this is a mini-review because I saw M before my exams, aka the time before my brains melted away forever, and I actually don't remember many things about it. I seem to recollect that I had expected this to be a silent movie because the only other Lang movie I have seen is Metropolis and, my god, this is not a silent movie. On the contrary, it becomes v. loud towards the end but it works in the context of the movie and the angered masses it shows. I had also thought that this was going to be a fairly simple murder mystery because we all know about the whole 'putting the mark on the murderer' part but I was not expecting such a thorough look into criminal investigation practices. It kind of reminded me of Se7en in that way and that was utterly fascinating, especially seeing how it is set in the 1930s. I also liked how both sides of the law hunt down this man and the kind of questions about accepted morality it asks. We see how one criminal judges another and it also explores the difference between being mad and being evil.

Peter Lorre played the killer, which was his first major starring role, and he's presents us with an interesting sort of villain. He seems sad, pathetic and unhinged all at the same time. He invokes our sympathy but at the same time, he is reprehensible. I also liked the look of the movie and how it doesn't show any of the murders taking place, again drawing parallels with Se7en. I also remember liking the way sound is used, from the afore-mentioned whistling to the narration to the silences.

I really liked M. It's perhaps less brilliant than Metropolis but it has made a huge impact on both popular culture and cinema. I will hopefully rewatch it in the near future because I feel like I haven't done justice to it. 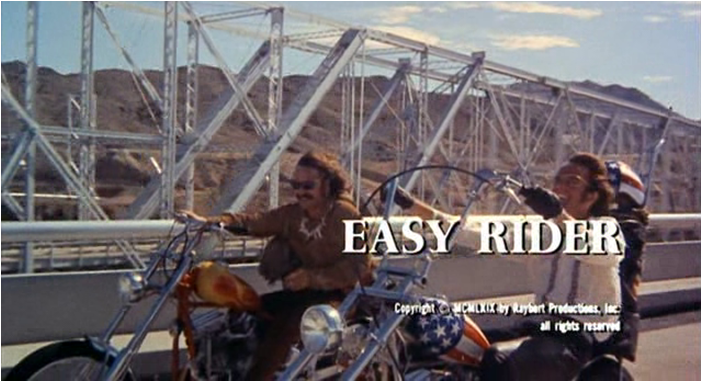 Uhhhh I was really not into this movie. Looking at its Wikipedia page, I realise that I might have missed out some of the actual plot details in the film because I was super distracted throughout most of its running time. I only got into it once Jack Nicholson came along because of the energy he brought to it. It is quite an experimental film and it sort of meanders from one place to another as our protagonists, Wyatt, played by Peter Fonda, and Billy, played by Dennis Hopper, encounter hippies, farmers, drunks, prostitutes, drug dealers and the "conventional folk". The theme of the story is simply put the lost American dream that these two men try to find, with their free spirits, their stars-and-stripes bikes and clothes, their outlaw roots and so on. Wyatt's Captain America bike and what happens to it in particular symbolize this.

Though I seem to be dismissive of the film, it must have clearly been one helluva departure from mainstream cinema when it came out. The bad drug trip scene is still pretty remarkable. Actual drugs were taken in many of the scenes which is as astounding a fact today as it must have been then. It has also probably captured the culture of late 60s better than most films of the time and after.

My favourite thing about Easy Rider was its soundtrack and it is even cooler to think that many of the songs had probably never been used in any other films before. I also really liked the ending in hindsight although it seemed kind of pointless upon initial viewing.

In terms of acting, I thought Fonda and Hopper were believable enough though my favourite performance was by Nicholson. As I wrote above, he brought a momentum in the film that I felt was lacking before.

So yes, even though Easy Rider is my least liked Blind spot entry so far, one can't deny its impact, its portrayal of a particular segment of contemporary America and the risks it took. I don't think any road trip movie that has been made after it has been free from its influence. 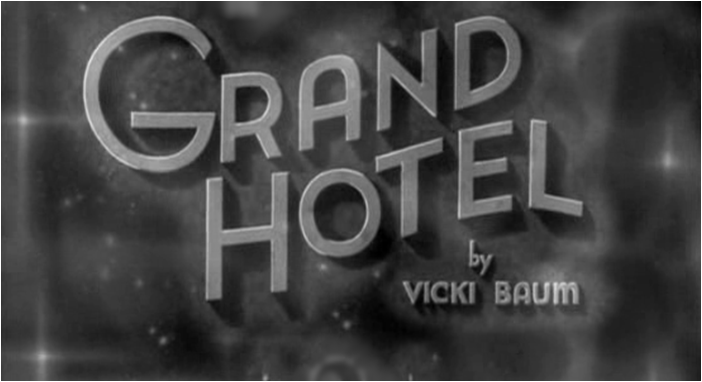 
Basic plot- The film follows a group of individuals that go in and out of the Berlin Grand Hotel, mainly the dashing but suspicious Baron von Geigern, the depressed ballerina Grusinskaya, the dying accountant Kringelein, the shady industrialist Preysing and his beautiful and quick stenographer Flaemmchen. We see their encounters with each other and how over a couple of days all of their lives change.

Grand Hotel has been immortalized as the only Best Film Oscar winner without it or anyone involved with it being nominated in other categories. What this says is that the film is better than the sum of its parts and I will have to agree with that except for perhaps one actor's performance. On their own, many elements seemed exaggerated, whether it was Lionel Barrymore's Kringelein who seemed too happy and too sad at the same time or Greta Garbo's Grusinskaya with her melodramatic gestures, or of course, the all-too-quick love story which is one of things about old Hollywood movies that always irks me. I will say though that the dialogue and just the way those romantic scenes are shot make it almost believable.

I did like the way the various characters' lives are interwoven in the film and though we see a lot of this nowadays, Grand Hotel was one of the first films to really capture that. It's kind of a slice of life represented on screen which is what I think one of the film's most famous lines "Grand Hotel. Always the same. People come. People go. Nothing ever happens" alludes to because though a lot does happen in it, that's just how it is in real life. For some, everything changes, for others, everything remains the same.

My favourite thing about movie was Joan Crawford. I've only ever seen her in What Ever Happened to Baby Jane and she's very different here. There's so much vitality and attraction in her. Her character Flaem is very likeable and I was mesmerised in every scene she was in. She's as good in the happy, flirty scenes as she is when she's hurt and sad but strong nonetheless. I'm a little bit in love with Joan Crawford after this.

I did like Grand Hotel but it's not really left a mark on me except wanting to watch all Joan Crawford movies ever.


So that's it. I'm sorry for being so tardy, everyone. I will be better next time, I swear on Joan Crawford's huge, gorgeous eyes ;-)
Posted by Nikhat at 10:29 pm