The Month that was December and the Year that was 2013

Yes, I know it's been a week since the new year and 2013 is officially the old year and no one cares about it anymore, but I had two freaking exams to give in the middle and a day to recover from them, and so here I am! Hellooooo people! How is 2014 going so far?

The new year brings with it the new film year and the new blogging year. But before that, I need to close up shop on 2013. I watched 292 films throughout the year, which *is* a massive drop from last year's 439, but I feel okay with because I did want to relax a bit. Also, there were the neverending exams and all the television stuff. Seriously, I watched a lot of TV last year.

But first, December. I really have like no memory of December except that I decorated a Christmas tree with pictures of hot actors and that Matt Smith left Doctor Who *sniff*. And apparently I watched very few movies. Anyways, these are the films and TV shows I watched:- 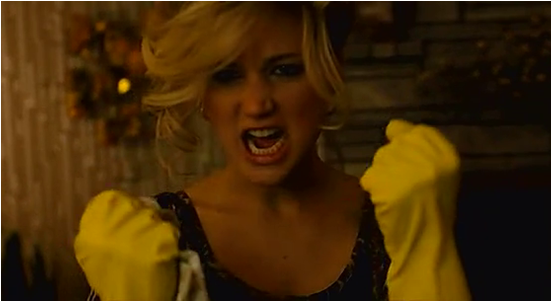 1) Frozen- Dawww. This film is so funny and cute and lovely and heartwarming. The characters were great, the story at the centre was excellent, the humour was superb and it all looked soooo pretty. Oh and "Let It Go" was my December anthem.
2) The Hobbit: the Desolation of Smaug- I swear to god, if HFR becomes a regular thing, I'll have to stop going to the theatres. It literally makes me want to claw my eyes out. And this film was pretty disappointing on the whole. All I wanted was to see Smaug, who *was* excellent by the way, but by the time we got to him, I was just sooooo bored and sleepy! That whole love triangle was completely unnecessary, as much as I enjoyed seeing sassy and oh so graceful Legolas back.
3) The Spectacular Now- I know a lot of people like this film but I wasn't very into it. Mostly because I hated the main character. Since it is a realistic portrayal, I have to say that I have never been particularly fond of people like Sutter and so I just couldn't give two shits about him. Shailene Woodley is amazing in it though.
4) Saving Mr. Banks- I thought it was a very sweet film, exceptionally well-casted and I do love Emma Thompson so much.
5) Lee Daniels' The Butler- This film was a hot mess. Like I cared for it and at the same time thought it was a bit cray cray. Doesn't deserve any awards attention it is getting though. SO SORRY, OPRAH!!
6) Dhoom 3- In spite of all the stupidity and terrible CGI and plot-holes and literally everyone in it except Aamir Khan who were all silly and annoying, I had fun. And sometimes, that is enough. I do wish the money spent on making "Malang" could have been used on producing an indie film instead though.
7) American Hustle- I liked it... but this too was crazy... in a good way... I think... Anyways, I had too much fun with Bradley Cooper's and Jennifer Lawrence's characters. 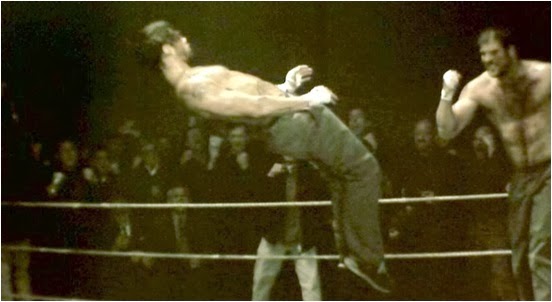 1) Home Alone 2: Lost in New York- For our holiday podcast. Man, this film is brutal.
2) Chungking Express- I effing love this film.
3) Brief Encounter- Ditto.
4) In the Mood for Love- It's literally like Chungking Express meets Brief Encounter if you think about it.
5) Stories We Tell- Yep, still my favourite. People can be so wonderful.
6) Dead Poets Society- My little brother was in town for holidays and so as usual, I decided to educate him a little bit.
7) Across the Universe- Saw it after soooo long. I still think it's brilliant and now, so does my brother. And I totes know what you'll are thinking- coolest sister ever, amirite?
8) The Heat- Second funniest film of the year. Melissa McCarthy needs some awards for this.
9) Snatch- Guess what I decided to watch on Christmas to improve my mood after Doctor Who?
10) Gravity- I cried so much this time 'round. 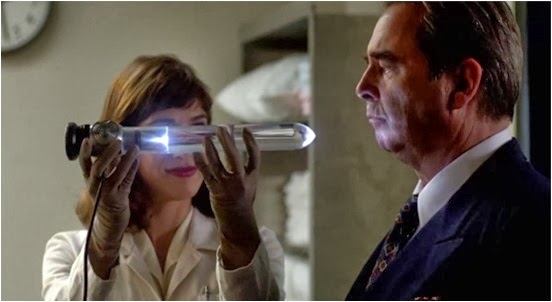 1) Masters of Sex, season 1- I think this show has the potential to be pretty great. True, I don't watch Mad Men and so maybe I'm a tad extra impressed, but I do love the way the show portrays gender roles, love and sex, taboos and experiments. It's not something grand but so basic that it makes for compelling television. And the acting obviously is just superb all across the board. a) Favourite episode- There are quite a few which really impressed me but I choose "Brave New World" because I like the changes in everyone's characters, and of course, Margaret Scully is magnificent in this. b) MVP- As amazing as I think Michael Sheen's acting is, it's between Lizzy Caplan's Virginia Johnson and Allison Janney's Margaret Scully for me. For Virginia, all you have to do is watch the ending of "Thank You for Coming". I think it says a lot about her character and what makes her so multi-faceted. Margaret on the other hand is one of the most heartbreaking characters I have ever seen in a show and Janney's doing such a wonderful job with her. c) Favourite quote- "My clitoris beat my vagina?" Jane's so cute. I laughed for ten minutes after she said that.
2) Orphan Black, season 1- Oh this show is captivating. I marathoned it without even realising how many episodes there are or wanting to know anything about anything because I was having so much fun and I was just so hooked! Tatiana Maslany is a revelation and this is one smart, sexy show.
3) Sherlock, series 1- In preparation for the already awesome series 3. Unfortunately I couldn't finish watching series 2 in time, but I predict we'll have A LOT of time to do multiple Sherlock marathons.


So as you can see, a good year for TV watching. And I thought it was a pretty fantastic year in television too. Between Breaking Bad coming to an end and all those Doctor Who specials, I was all set. My favourite new shows were Orange is the New Black, Orphan Black, Hannibal and The Originals. Among the returning series, Breaking Bad, Luther, American Horror Story: Asylum and of course Doctor Who were the best. And from the older shows that I watched for the first time , the Brits take the cake with The Mighty Boosh, The Hour and The Thick of It (need to finish that).

In films, I did see some amazing ones. I'm still making my way through 2013 films but I am in complete agreement with everyone calling it an exceptional year of cinema. I did not think so up until August, with disappointments like Only God Forgives and Star Trek Into Darkness, but then the film gods corrected that because I watched Mud and Stories We Tell back to back and was totally mesmerised. My top 10 non-2013 first watches were: 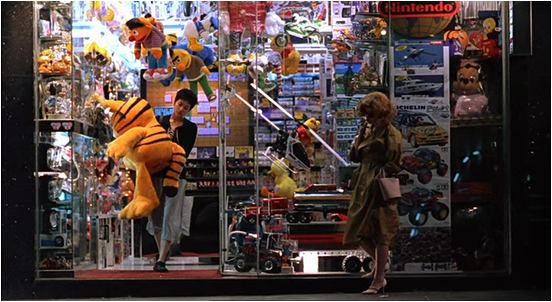 
Entering rather unchartered territory for this blog, music-wise, 2013 was the year I decided that I like female lead singers more than male ones. I was pretty obsessed with bands like Savages, Wolf Alice, Deap Vally, Haim, Daughter and *of course* Yeah Yeah Yeahs throughout the year. I don't know what that implies. If I had to pick a favourite album though, it would have to be Arctic Monkey's AHMAZING AM. One of the best things I have ever read is the following, from its NME review-


"And the lyrics… oh, maaaan. At times they sound like they were written by a man with a burning hard-on who wants – or rather needs – to savagely fuck your body, mind and soul." 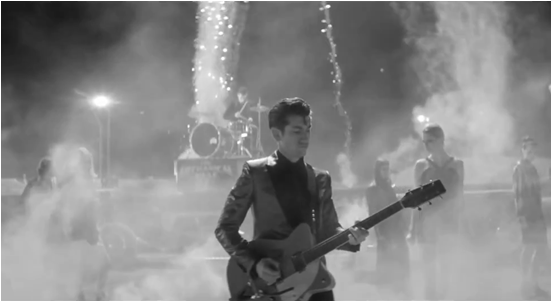 My other favourite albums were Peace's In Love, Arcade Fire's Reflektor, Daft Punk's Random Access Memories and Beyonce's Beyonce. As for favourite movie soundtrack, I am a happy Bollywood child still listening to the songs from Yeh Jawaani Hai Deewani.


So that's it. I have to achieve a lot of things in 2014 so once again, I'm not going to make any film-related resolutions except the Blindspot series. I want to try and watch more Indian films too, so hopefully I can tackle that.

Oh and this was my 500th post, you guyz! Yes, I know that's dismal and most of you do that much every month, but there you go. #suckyblogger4eva #keepinitreal #peaceout