Making a Case for Comedy

Stevee Taylor's "Making a Case for" Blogathon has returned, asking us to champion those underrated gems in 2013 films that will have a hard time getting the awards attention they deserve. For my first post, I am going to talk about those actors or films I feel deserve to be considered for at least the Best Comedy/Musical section at the Golden Globes (since the Oscars have no such category because they are all serious old bores over there).

I am, for one, constantly in awe of the power of comedy and also how easily comedic performances and movies are dismissed by people. One of my most favourite wins of all time has to be The Hangover winning Best Film- Comedy/Musical at the 2010 Golden Globes. Sure, the film spawned two totally unnecessary and annoying sequels, but the original is still one of the funniest films I have ever seen and was completely worthy of the mantle given to it.

This year, I think there are a couple of performances and movies that I genuinely hope make the cut and here's my case for them- 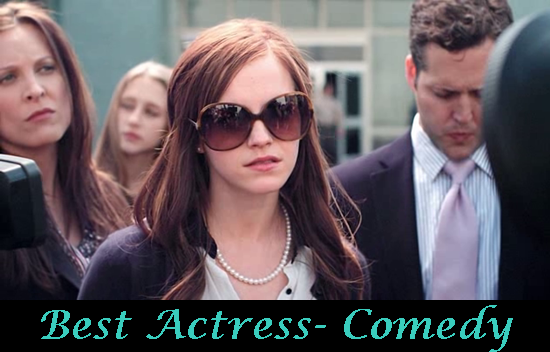 Emma Watson in The Bling Ring

Quite possibly my favourite purely comic performance of the year. Watson is fabulous as Nicki Moore, the most shallow, spoilt and attention-hungry member of the group of teenagers who went around robbing celebrity houses in order to feel like one. I have a soft spot for actors who immerse themselves into ostentatiously ridiculous roles (see also: Scarlett Johansson in Don Jon and James Franco in Spring Breakers), and Watson is just fantastic playing the ditzy and bimbo-accented Nicki and makes her hilarious in everything she says or does. 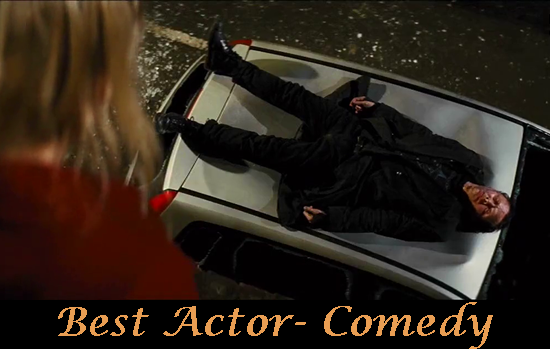 Simon Pegg in The World's End

I would rally for a Best Actor Oscar nomination if it would have been a less competitive year. For now, I would love for Mr. Pegg to get recognised at least by the Globes for the truly magnificent job he did with Gary King. It's not easy being as unlikeable a person as King and still make him cool and funny. He's loud and crazy but also lets us see the cracks in the whole persona of Gary King. It is a bloody brilliant performance and it would be the bestest thing ever if he can get some or any awards attention for it. I swear, if he were a bigger star or the film wasn't a comedy per se, he would be getting more recognition. 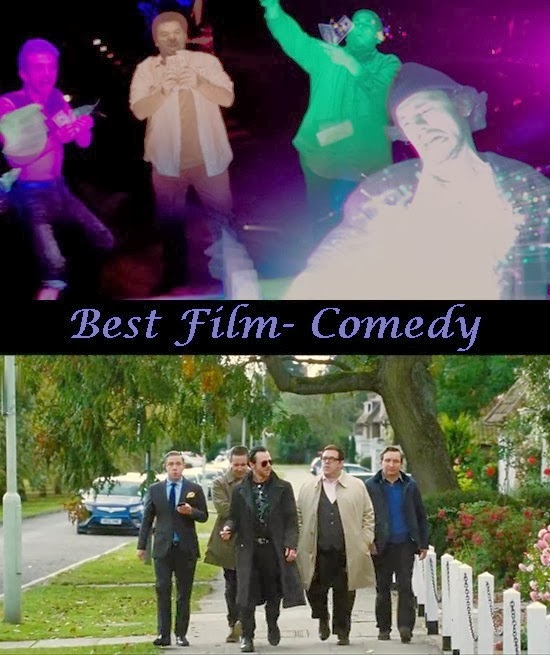 This is the End and The World's End

2013 has been a good year for apocalyptic movies and none were better than these two comedies that both dealt with the end of days.

This is the End is flat-out the funniest movie I have seen all year. Though the premise sounds insane- a bunch of celebrities stuck in James Franco's house as the apocalypse hits the world, directors Seth Rogen and Evan Goldberg totally pull it off. We have actors like Franco, Jonah Hill, Danny McBride, Jay Baruchel, Emma Watson (again!) and so on parodying themselves and there is talk of Judgement Day and demons and there are drugs and an exorcism and a Milky Bar and cannibalism and home movies but it is all freaking hilarious! And then there's the ending which deserves an award all on its own. It was one of the most pleasantly (and by that I mean I was crying out of laughter) surprising movie experiences of my year, and I think a lot of people feel the same way, and therefore it would be great to see an actual super humorous film to get the Best Film- Comedy/Musical award. I would also love to see it get a Best Ensemble nomination at the Screen Actors Guild Awards.

Coming to The World's End, while it is not as funny as This is the End, I do think it is a smarter film with a lot of important themes that have been moulded incredibly well with all the comedic elements. As I wrote in my review, while on the surface it is a film about getting drunk with old buddies and alien invasions, it is actually about things like nostalgia, acceptance and alcoholism, and only a genius like Edgar Wright could show all that with so much hilarity. Plus, it would be great to see one of the most original trilogies of our time, The Three Flavours Cornetto Trilogy, get rewarded in some way. Because of the amalgamation of its complex ideas, Simon Pegg's performance, all the supporting actors, the amazing action sequences and most importantly in this case, the laughs, I think The World's End is totally deserving of a Best Film- Comedy/Musical nomination.

More posts coming up. What did you think? Do you agree or disagree with my choices? Why aren't comedies given much awards attention? Please comment below.