The Month that was- June

June turned out to be a pretty good month for movies, especially after I found out my exams have been postponed. Obviously I chose to spend the extra time watching movies and TV shows and not learning my syllabus. Unfortunately, this means that I will have to go back to nerd mode in July and August and the movie-watching is going to have to take a backseat. 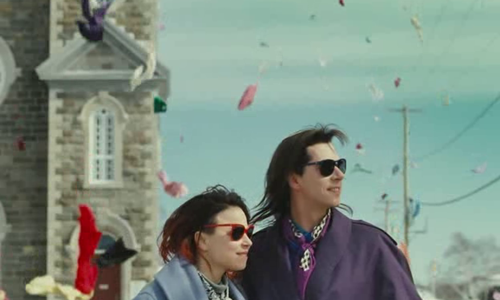 1) Stoker- Beautiful and creepy and one that just gets under your skin. My favourite 2013 feature film so far.
2) Yeh Jawaani Hai Deewani- Oh glorious 90s-y Bollywood. Most fun I've had in a theatre this year. Ranbir Kapoor looked faaaiiiinneee.
3) Zelig- It was kind of brilliant, but then that's expected. I don't think Mia Farrow and Woody Allen have been cuter together in a movie.
4) Serenity- Hey, Nathan Fillion used to be hot! Oh and the film was fun. I will watch Firefly eventually.
5) The Adventures of Priscilla: Queen of the Desert- Fabulous. I didn't know what I was expecting but I really enjoyed it. And gosh, those costumes!
6) Beautiful Creatures- Pleasantly surprised by how much I liked it. Alden Ehrenreich is too cute!
7) Superman II- "KNEEL BEFORE ZOD" might have become my favourite catchphrase ever. I think this is the Superman movie I like the most.
8) Kinky Boots- I do like small British comedies quite a lot. Chiwetel Ejiofor was on fire!
9) Crash (1996)- Um, it was a little too extreme for me.
10) Man of Steel- Even though I liked it, I think I've ranted a bit about it in our next podcast episode :S
11) The Lost Weekend- Excellent and scary.
12) Texas Chainsaw Massacre- Not scary except for the grandpa. What was that?
13) Dev D- THIS is exactly the path Indian movies need to take. Officially a fan of Anurag Kashyap now. Like wow.
14) Immortals- You would think a film where Henry Cavill is shirtless and glistening almost throughout its running time would not have me get bored out of my mind while watching it. I did too. I was wrong.
15) Wayne's World- This feels a little dated now, but it's still quite funny.
16) In The Bedroom- Was not expecting that. Phenomenal performances from Sissy Spacek and Tom Wilkinson. And god, I hate A Beautiful Fucking Mind even more now.
17) Young Frankenstein- Just plain awesome.
18) Dancer in the Dark- I was with the movie till the ending which was just tooooo melodramatic for me to handle. Bjork was amazing.
19) Get Carter- I was actually bored at the beginning, but then it really gets going and that was just fantastic.
20) Monsters University- A whole lot of fun. I love Pixar.
21) Spring Breakers- Yep, I loved it, whatever it was.
22) Brief Encounter- My heart, it hurts! Favourite first watch of the year along with Chungking Express.
23) Broadcast News- Quite good and Holly Hunter was adorable and brilliant.
24) I Killed My Mother- Gahhh I want to be Xavier Dolan. His first film was quite an honest look between a mother and a son. And it also spawned my new awesomely awesome banner.
25) Laurence Anyways- Quite epicly romantic in many ways. Great performances by the leads and a fantastic soundtrack. 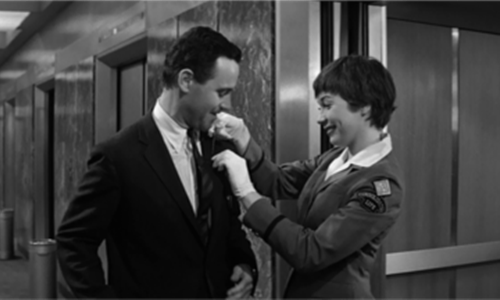 1) The Apartment- Had to watch it after listening to Ryan's birthday podcast episode. I love it so.
2) Harold and Maude- I regret not putting Maude in my female role models from movies list. This film is such a joy.
3) Raaz- I used to be terrified of this as a kid. Rewatching it with friends on a sleepover now made me realise what a stupid child I was.

4) Romeo + Juliet- I was having a sort of craving for romantic movies. Pretty Leo is pretty.
5) Stoker- I just had to rewatch it. That piano duet kills me with all of its sexually charged energy.
6) Superman- I want a man who will turn back time for me. Pleaaaaseeeee.
7) Anchorman: The Legend of Ron Burgundy- Educating my kid brother. World's Best Older Sister- ouie?
8) Who Framed Roger Rabbit- For its 25th anniversary. How does Jessica Rabbit's dress stay on?
9) Monsters Inc.- Had to be rewatched. There were definite continuity errors and it's kind of awesome how animation has improved over a decade, but this is still the far superior movie.
10) The Incredibles- All this Monsters University and Man of Steel talk made me realize how long it had been since I had watched this. 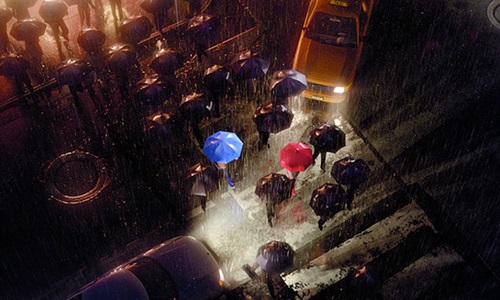 The Blue Umbrella- This is my favourite 2013 film so far. Not just the idea of two umbrellas falling in love, but the way it looks, the way all the objects are used, the music- just everything. 1) Game of Thrones, Season 3- I miss this show already. I think I preferred season 2 slightly more, but powerful stuff all around, and I've started caring for a lot of characters I didn't earlier. You can read Sati's awesome recaps. a) Favourite episode- "And Now His Watch Ended". Controversial choice, I know, but I really really enjoyed this episode. b) MVP- I have several: Natalie Dormer as Margaery Tyrell because she is just a role model in manipulation and any woman who can tame Joffrey is to be worshipped. Next is Alfie Allen as Theon Greyjoy, because for a scumbag, he does evoke a lot of pity. Lastly, and obviously, Michelle Fairley as Catelyn Stark because the Red Wedding, people! Golden Globe and Emmy please. c) Favourite quote-
"If you think this has a happen ending, you haven't been paying attention."
I can't quite shake this one off. This is what Game of Thrones is as a whole.

2) Doctor Who, Series 7- Yes, I rewatched it with the intention of making the big post I had spoken of last month, but it's taking really long. I'm sorry!!!
3) Teen Wolf, Seasons 1 and 2- I needed something dumb to watch, okay! I actually like it and Dylan O'Brien's Stiles is freaking awesome.