Across the Universe Podcast: Episode 6 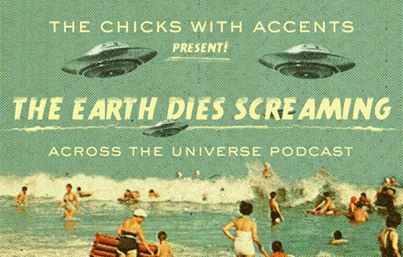 This time, Mette, Sofia and I tackle the end of the world, what with the current surge of apocalyptic movies like World War Z, Pacific Rim, This is the End, The World's End and so on. We won't be talking about these films, rather three other "end of the world" movies, the first of which was released back in 1916 :O I guess we can't really call it a current obsession, can we?

Songs:
The Doors "The End"
Deap Vally "End Of The World"
Cilla Black "Across The Universe"

Labels: Across the Universe, Films, Podcast