She was a beauty. Unfortunately, May as a film-watching month wasn't. I think ever since I decided at the beginning of this year that I will not be focusing so much on watching films in 2013, I really let myself go. Plus, I've become a TV show nut but thankfully (maybe) all my shows are ending or have ended. Hence, I will get back into the movie-watching in about 2 months. Why 2 months? Exams. I am royally screwed for them and I really need to focus on changing that. As a result of which, this blog is going to become a barren wasteland soon. I have a few reviews and posts planned which I will post, but I have decided not even to be bothered with the Thoughts posts. I will however keep doing the Across the Universe Podcasts. Also, my laptop is gone a bit mental, so I might have made a mistake in the films I saw this month. 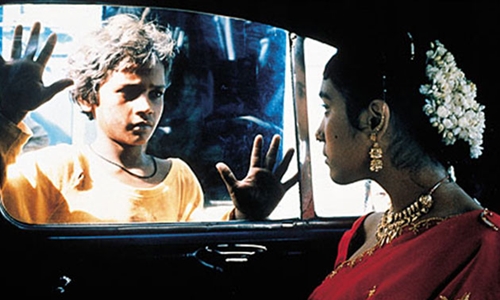 1) Iron Man 3- Yep, I loved it alright.
2) Side Effects- I thought it was alright, nothing very spectacular.
3) Taste of Cherry- I keep appreciating it more and more when I think about it.
4) Hansel and Gretel: Witch Hunters- It was the in-flight movie so do not judge. Awful, plain awful.
5) The Place Beyond the Pines- I liked the story, the look and the performances, but I think because of the structure, it did not make the kind of impact it had aimed to make.
6) Eraserhead- I think starting "Crazy Nikhat Month!" with this was a bad idea. It has basically turned into a year long syllabus now. This film was crazy as fuck. Most disgusting ending I have ever seen.
7) Gentlemen Prefer Blondes- It was cute. "Ain't There Anybody Here For Love" was male objectification 101. Loved it.
8) Dogtooth- Another one for "Crazy Nikhat Month". I actually liked this one.
9) Anatomy of a Murder- Excellent film. James Stewart is probably my favourite classic actor.
10) Star Trek Into Darkness- My best friend kind of ruined it for me, but it was still fun.
11) The Great Gatsby- I really liked it. You can hear my thoughts about it on the podcast.
12) Dead Ringers- Again, quite fucked-up though Jeremy Irons was fantastic.
13) Berberian Sound Studio- So so perfectly eerie.
14) Salaam Bombay- I have never seen an Indian film like this. Quite blown away.
15) Behind the Candelabra- I am sad that Steven Soderbergh is retiring, but this was quite a wonderful way to go, wasn't it? That ending especially. 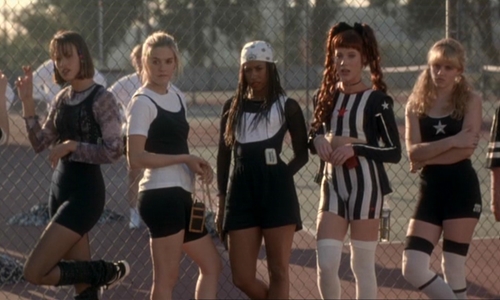 1) Dil Se- For Mette :) I really liked it.
2) Star Trek Into Darkness- Watched it alone this time. Loved it :P
3) Clueless- Showed it to my friends in a sleepover, 'cuz Cher Horowitz is a legend. 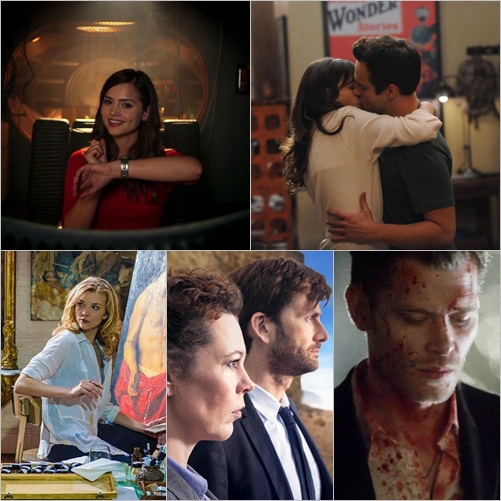 1) New Girl, season 2- I lurved this season. The gags, the relationships, all the :O :O moments. Even an Indian wedding! So much brilliance. a) Favourite episode- "Cooler". Not only because of the big kiss, but it was just a hilarious episode all around. b) MVP- Jake Johnson as Nick Miller. He has slowly becoming the angry, irresponsible, failure-in-life but still a total softy dream man. c) Favourite quote-

2) The Vampire Diaries, season 4- I am getting at the end of my tether with the whole love triangle. The season finale ended with all the right things and I kind of wish that the show ends now before it begins to suck. a) Favourite episode- "My Brother's Keeper" and "The Originals". The former because it had a number of "FINALLY!" moments and the latter because I am loving the idea of a sexy show about vampire politics. b) MVP- Joseph Morgan as Klaus. He is becoming quite the favourite. He is v.v.v. bad, which is why his more vulnerable moments work. Plus, his romance with Caroline is adorable. c) Favourite quotes-
Elena [to Bonnie]: "I thought you were gonna bring Jeremy back, but turns out you were just a brain-washed crazy person."
Sometimes bitchy Elena had really fun lines.
Klaus [to Caroline]: "He's your first love. I intend to be your last. However long it takes."
Because awwwwwwww.

3) Doctor Who, series 7- I will do a full post on this but basically I loved it. You can read my other posts on it here.
4) Elementary, season 1- I liked it, but it's no Sherlock. Will do a post on this too.
5) Broadchurch, series 1- Again, I liked it. I had a number of issues with it though, mostly that it was too slow in places and the visuals reminded me too much of Terrence Malick, which isn't really that appealing or necessary in a crime drama. However, by the end, I was quite involved in the mystery and the performances across the board were top-notch.