The Month that was- October

This post was supposed to be published yesterday, but goddamn Breaking Bad! I couldn't stop watching it. So good.
Anyways October started out with me falling very sick and then I came to Dubai for vacations, where I still am. Movie-wise, it was a good-ish month. I saw 40 films, which means I have crossed 365 films this year so yaaay for me. One film per day average reached! I have two more months but November is exam month and god knows how that is going to go. 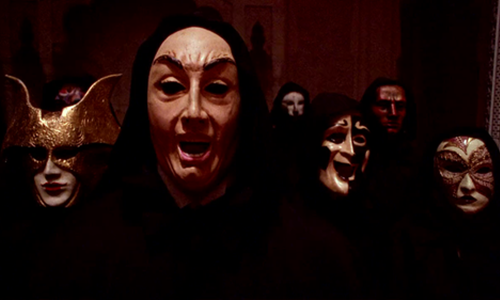 1) Husbands and Wives- This perhaps is the first Woody Allen film that I felt was too old for me. Still, loved Judy Davis.
2) Eyes Wide Shut- A very interesting film. Didn't know what to expect but I did like it a lot.
3) People Like Us- Saw it in the flight. It was timepass-worthy but the film was just sappy, and not even good sappy.
4) Safety Not Guaranteed- Oh this was a quirky little indie gem. Loved Audrey Plaza and Mark Duplass in it.
5) Bright Star- Though this film did not quite deliver, what with my sky-high expectations, it looked beautiful and Ben Whishaw and Abbie Cornish were excellent.
6) On the Road- Again, this was beautiful to look at and brilliant performances from Tom Sturridge (yaay!) and Garrett Hedlund, but it was not anywhere near as impressive as I had hoped it would be. Plus the 2 years of waiting and not getting what I wanted was kind of supremely disappointing.
7) Little Shop of Horrors- Haha this was fun. I do like a good musical now and then.
8) Revolutionary Road- Wow I have wanted to watch this forever, and this one definitely delivered. It might have my favourite Leonardo Di Caprio performance. Lovely and sad.
9) Forgetting Sarah Marshall- This was really funny. Jason Segel is oddly attractive.
10) Shortbus- Remember the scene in (500) Days of Summer when Tom and Summer scream out  "Penis!" repeatedly in a park. Wouldn't be surprised if this film was the inspiration for that. Shit that was graphic.
11) Ruby Sparks- Presently my favourite film of this year, tied with The Avengers. So cute and smart and Paul Dano is adorbs.
12) Malcolm X- I did have issues with the story, or maybe the man himself, but this was a pretty amazing biopic and Denzel Washington was incredible.
13) Your Sister's Sister- As simple and wonderful as they come.
14) Side by Side- Very informative and interesting. Fincher is king!
15) Festen- Fucked up families FTW! Possibly my favourite first watch of the month.
16) Looper- I caught myself gaping many times during this film. Very cool.
17) The Umbrellas of Cherbourg- It looked pretty and the story was nice but good lord, so much friggin' singing! I mean all my years of Bollywood movie watching failed me in this film.
18) The Girl- Yes, I liked it more than you. Creepy Hitchcock was kind of fun.
19) Marnie- Had to watch this. Really liked it.
20) Misery- That wasn't scary at all. LOLjk, Annie Wilkes haunts my nightmares.
21) The Lost Boys- What the hell was that? It was so ridiculous and fun at the same time, but more ridiculous than fun.
22) Skyfall- I repeat- Best. Bond. Ever.
23) Manhunter- I did not like this at all. From William Petersen talking to himself to that awful soundtrack to Brian Cox's slightly boring Hannibal- couldn't care about it at all.
24) The Trip- This was so funny. I'm so working on my Woody Allen and Michael Caine impressions from now on!
25) Abraham Lincoln: Vampire Hunter- Same reaction as The Lost Boys except this was more fun than ridiculous.
26) Halloween- That really wasn't scary at all. Moral of the story- do not have sex while babysitting on Halloween, kids. 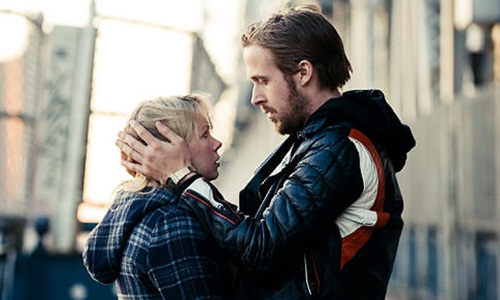 1) Rushmore- Yep, it continues its reign as my favourite Wes Anderson film. Olivia Williams is so beautiful in this.
2) The Social Network- Damnit Andrew Garfield deserved more attention!
3) The Royal Tenenbaums- Yeah I still don't like it that much other than its look, music and Margot.
4) Mean Girls- I'm still naming my band You Go Glen Coco!
5) Harry Potter and the Deathly Hallows, Part 2- I was sick and suddenly started really craving this film. It's so good! Why would Oscars choose War Horse over it, why why why? (Okay I know why. The answer starts with Steven and ends with Spielberg).
6) Brave- Saw it in the flight. It was a less rewarding experience this time, but Merida and her hair are awesomeness themselves.
7) Eternal Sunshine of a Spotless Mind- This might be the greatest modern day romance film there is.
8) The Brothers Bloom- Though Looper is a better film, this is my favourite Rian Johnson film. Bang Bang rules!
9) Reservoir Dogs- For its 20th anniversary. No one killed Nice Guy Eddie people!
10) Inglourious Basterds- Showing my little brother some essential films. He loved it. "That's a bingo!"
11) The Truman Show- Also showed it to my brother and same reaction. If we lived in a fair world, Jim Carrey would have an Oscar nomination for this role.
12) Blue Valentine- I could not connect with it so much the first time I saw it. This time though, I was very much affected. I didn't cry or anything, but this film has scared me to my inner romantic core. Ryan Gosling deserves all the awards and OHMYGODHEISSOSEXYITKILLSME!
13) The Silence of the Lambs- Brother. He loved it, especially Hannibal's violent escape. Had to cover his eyes for Buffalo Bill's "transformation" though.
14) Skyfall- Saw it again, with a friend this time. Daniel Craig gorgeousity :) 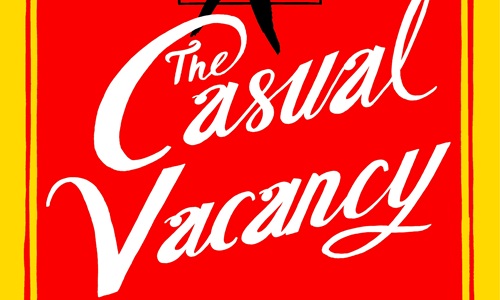 The Casual Vacancy by J. K. Rowling- She really did not want anyone to think she was the same person who wrote those Harry Potter books, did she? To be honest, it really was not that good. Too many characters, too much going on, and the ending is plain depressing.