"You know what your problem is, it's that you haven't seen enough movies- all of life's riddles are answered in movies." ~A LIFE IN MOVIES BLOGATHON 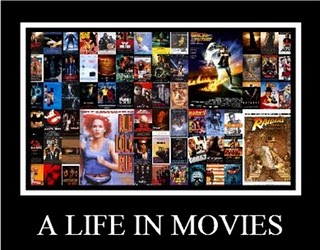 There is a new blogathon going on, spurred on by Fandango Groovers Movie Blog in which we choose our favourite film from every year since the year we were born. I found it quite interesting and decided to do it, but it was rather difficult to choose because of two things- my favourite and what I think of as the best in a particular year differed on a few occasions, and also that I have never been able to choose a favourite film for anything. The latter was was especially terrible because I felt so guilty for leaving out the other shortlisted films in every year, and choose the one I chose. But for the fun of it and what I think now, here are my favourite films since 1992 (missed Silence of the Lambs by that much) This one was difficult, but as much as I love Aaron Sorkin, I just love John Hughes more. Add to that possibly the cutest child actor ever, with one heck of a character and two mental villains...this film was just brilliant.
1993- Sleepless in Seattle I must say that I love this film more that the original itself. It has this kind of magic, and belief in possibilities that only films can provide us with. Sweet, funny and oh so romantic. And ofcourse I love the leads.
1994- The Shawshank Redemption This was one of the bad years- from Forrest Gump to Pulp Fiction to Four Weddings to Natural Born Killers, but I had to choose Shawshank. This film is at the top of the IMDb 250 list, and with good reason. The way this film makes me feel, so hopeful and right and happy, very few others can.
1995- To Die For Another great year, especially with Kevin Spacey (Se7en, The Usual Suspects), but something about Gus Van Sant's To Die For makes me choose it instead. I can never say no to a black comedy, and Nicole Kidman's Suzanne Stone was irresistible. People went nuts for her- her clean-cut housewife image with a blind ambition and something deadly inside...wonderful- no wonder it was selected as one of Premiere Magazine's greatest performances of all time.
1996- Trainspotting My personal favourite Danny Boyle movie! It's crazy, it's funny, it's trippy as hell. Also one of the best beginnings EVER.
1997- Titanic

I don't care what this makes me. I will forever love this film and love both of them (especially Jack). The only film which can still make me cry like a baby despite having seen it like a hundred times.
1998- Rushmore

I love this film...I really do. My favourite Wes Anderson film by a mile, and Jason Schwartzman is just so adorable and relate-able as Max Fischer. Also having Bill Murray is a huge bonus.
1999- Fight Club 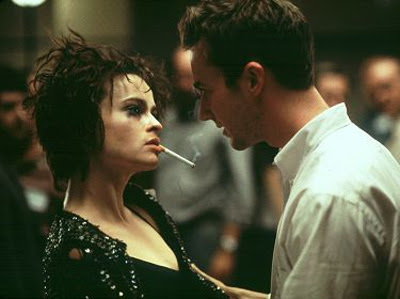 There was a lot this year- American Beauty, Being John Malkovich, The Virgin Suicides, but this film...what can I say about David Fincher's Fight Club? About Tyler Durden and the gang?? Changed my life forever... that's all.
2000- Almost Famous 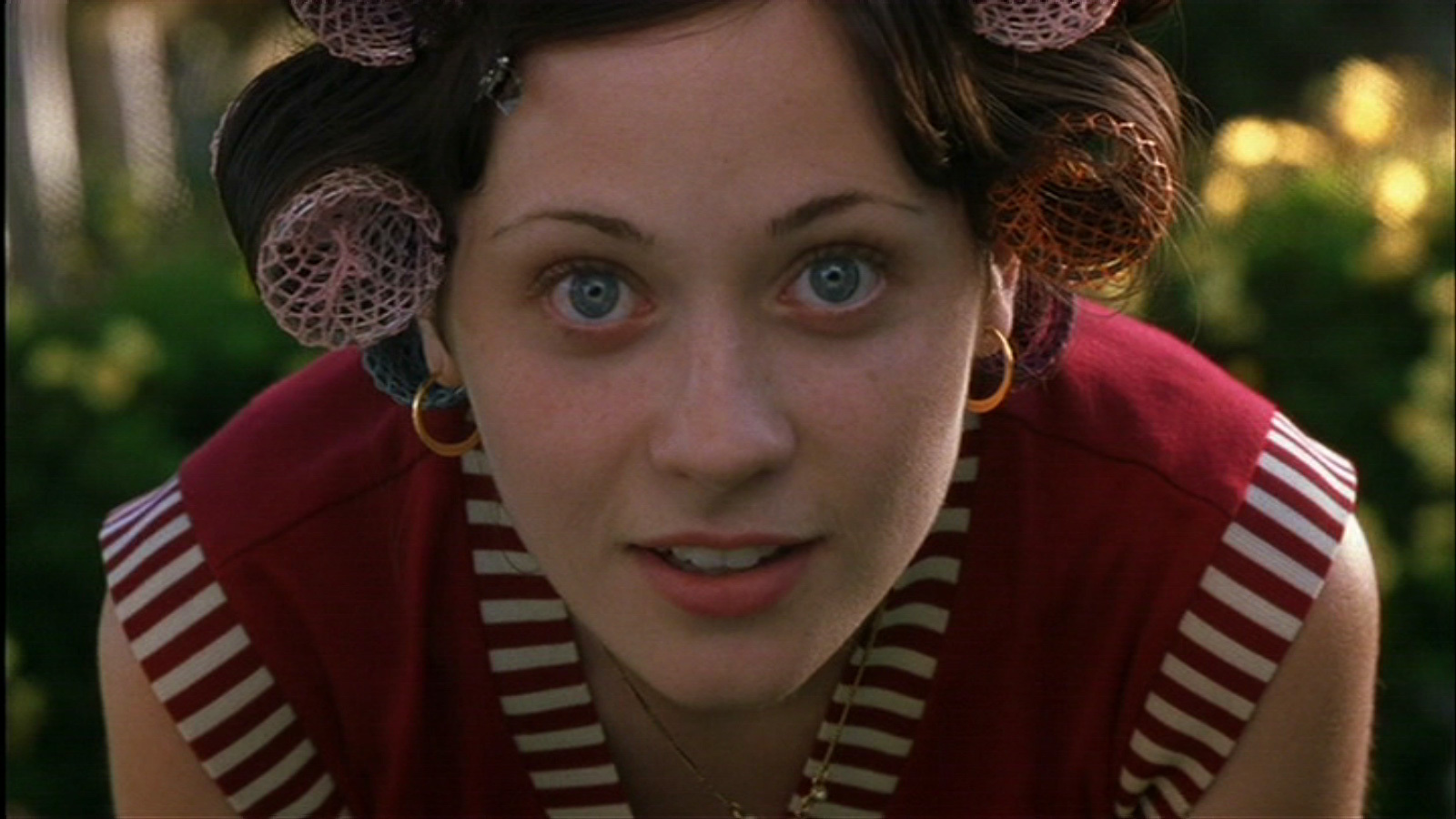 This film just makes me soo happy. Another great music-related film came out this very year- The John Cusack-starrer High Fidelity (And American Psycho too - Hip to be Square!)...but I think the feel of Almost Famous, the time, the ideas is much more close to the heart.
2001- Moulin Rouge!

The year of the franchises- from Harry Potter to Lord of the Rings to Ocean's Eleven. But as a favourite film, Baz Luhrmann's Moulin Rouge! has always been the one closest to my heart. The Bohemian ideals, the songs and pop-culture references, the look, the feel and obviously the two leads- Ewan McGregor and Nicole Kidman enchanted me in this film so very thoroughly that I fell in love with them forever.
2002- Igby Goes Down

My go-to film for when I think my life cannot get any worse. Then I see Igby Slocumb's life, his uber-dysfunctional family and I feel happy. Feel good anyone?!
2003- Pirates of the Caribbean: The Curse of the Black Pearl The film that launched a legend. Capt. Jack Sparrow is and will always be one of the greatest film characters ever, and being fueled by Johnny Depp only makes him so much more brilliant. The best film of the series by far, my god even Will and Elizabeth were tolerable in it.
2004- Harry Potter and the Prisoner of Azkaban 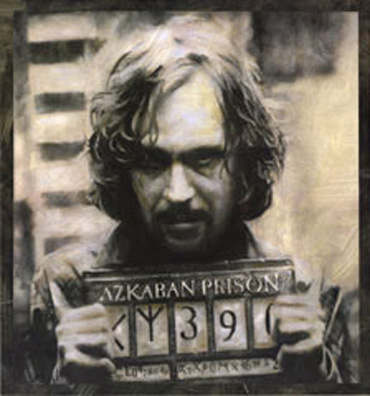 My second favorite film in the series, but still pretty awesome. This was the year of things like Mean Girls and Eternal Sunshine of the Spotless Mind, but I think with Alfonso Cuaron's darker direction and the addition of cast members like Gary Oldman and Emma Thompson (and the best Harry Potter hairstyle ever), HP3 was better than the rest. This was also the first Harry Potter film I saw in the theatre.
2005- Memoirs of a Geisha

The summative beauty of early 20th century-Japan, the kimonos, the make-up, the dancing, and ofcourse some of the most stunning Asian women ever makes this film one of the most enthralling to watch.
2006- Pan's Labyrinth

One of the most mesmerising films I have seen, this film with it's characters and visuals and music settles inside a part of your heart forever. The poignant beauty of it all, one which makes us happy and sad both at the same time is incredible. Also one of the best World War- related films according to me.
2007- Ghost Rider...no I'm kidding- Ratatouille

My favourite animated film (well one of them anyways). The concept just blows my mind...a rat who wants to cook. I mean they really do have the most creative minds working in Pixar, don't they? This film has everything- the city of love, good food, comedy, the underdog-story, romance and most importantly a lot of heart. Transplendent I tell you...just transplendent!
2008- The Dark Knight My favourite Christopher Nolan film. This is an action thriller at its very best and along with that, it has some of the most remarkable characters ever to grace the silver screen. The most notable ofcourse is the late Heath Ledger's electrifying portrayal of The Joker.
2009- (500) Days of Summer

This film brought romcoms back...with a bang and a twist. The closest thing to Annie Hall in years, it has it's own brand of innocence and cuteness and heartbreak. And Joseph Gordon-Levitt just melts my heart.
2010- The Social Network 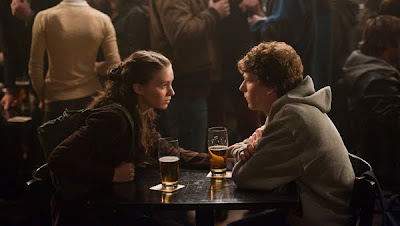 Did anyone possibly think I could choose anything else?! I love this film to bits...more that sanity allows.
Year 19...here I come.
Posted by Nikhat at 2:22 pm