The Month that was December and the Year that was 2014

Okay so half of January is over and everyone has already forgotten 2014 but I need to close the book on it in this blog. SO HERE WE ARE! I'm sorry guys, I had exams + had to recuperate from those exams. Life of an Indian student and all, ya know? But better late than never and this post is fucking late already.

First up, December! I watched quite a few movies in December. I just really wanted to end up with a final tally of 300 movies watched over the year and I did that :) Yayy! 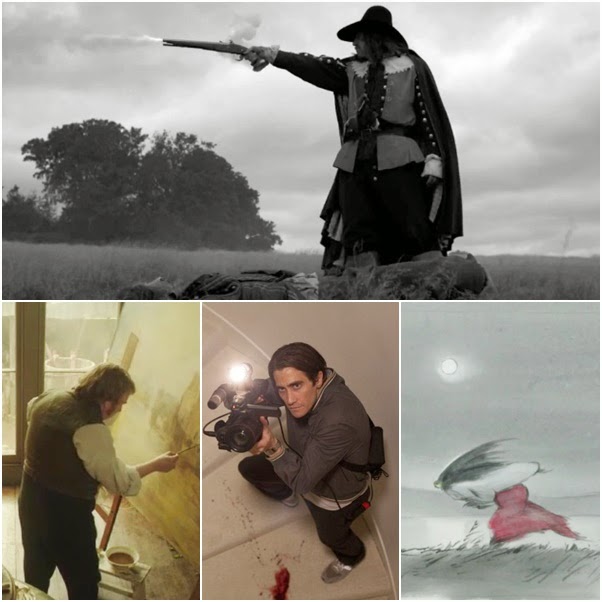 1) Bird People- What a stupid movie. Would have definitely walked out of it if I had managed to catch it in the film festival.
2) Mr. Turner- This was my first Mike Leigh film ever (and yes, I do know I suck at being a cinephile) and I really liked it. It was very beautiful and Timothy Spall was excellent.
3) I Origins- I liked it up to a point but then I found the big climax really strange and it didn't really recover for me. I love Michael Pitt though.
4) The Hunger Games: Mockingjay, part 1- I really liked it. Natalie Dormer!
5) Nightcrawler- Oof this was dirty and I loved it so! Amazing performance by Jake Gyllenhaal. Didn't expect to laugh as much as I did.
6) The Skeleton Twins- Aww this was lovely. I adore films about funny, sad, fucked up people. I'm still listening to "Nothing's Gonna Stop Us Now" btw.
7) Palo Alto- I couldn't care less about what was happening in this film. Emma Roberts was good though.
8) The Theory of Everything- I was surprised at how much I liked it. It was mostly because of how heartbreakingly good Felicity Jones is in this film. For me, the film was all about her character and her love story.
9) The Disappearance of Eleanor Rigby: Them- I liked it but it had potential to be even better, which is why I *really* need to watch the Her and His versions.
10) The Way He Looks- Awwwwwww so cute!!
11) The Trip to Italy- It was more of the same thing as the first The Trip movie but god, Italy is gorgeous!
12) The Tale of Princess Kaguya- Very beautiful and sad.
13) St. Vincent- I didn't really care for it. Seemed manipulative and kind of bland.
14) Horrible Bosses 2- The shit I watch for Chris Pine. To be fair, I did like the first one but this one was terrible.
15) PK- SO GOOD! I loved it. Tackles important issues with a great deal of heart and humour.
16) A Star is Born- My last Blind Spot entry of 2014. I had problems with it but Judy Garland made them go away.
17) A Field in England- Easily one of the trippiest films I have ever seen. Still not sure what to make of it. Looked stunning though.
18) Pride- AWWWWWWWWWWWW!! But it wasn't just cute and happy but also heartfelt and human and sad and lovely and it's the best "based on a true story" film of the year by a mile.
19) '71- Pretty fantastic. Loved the way it was shot. Jack O'Connell was amazeballs too, obviously.
20) The Interview- My Christmas movie, duhhhsssss. It started out really funny but it kind of sags towards the end. Still, I had a blast.
21) Land Ho- I really liked it. It was like a less intellectual and more heartfelt version of The Trip. Gave me hope, it did.
22) The Book of Life- How can someone that looks so good be so meh?
23) This is Where I Leave You- It was okay but I thought it would never end.
24) Foxcatcher- Becomes better and better the more I think about it, but I did have to be really patient while watching it. Excellent, surprising performances.
25) Clouds of Sils Maria- It was v. different than what I had thought it would. Really interesting and engaging still.
26) Force Majeure- My last movie of 2014 and what a bang (pun intended) to go out with. Loved it. Never ever ever ever ever ever have I laughed so much at someone crying. 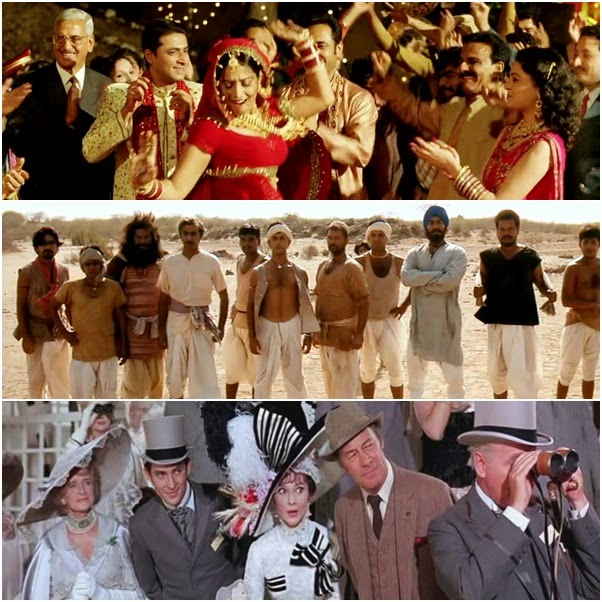 1) Dev D- For our Bollywood podcast. Never noticed that it was Nawazuddin Siddiqui singing "Emosanal Atyachar"
2) Dilwale Dulhania Le Jayenge- Bollywood podcast. Best Bollywood movie ever.
3) Lagaan- Bollywood podcast. I always forget how good it is. Bloody long though.
4) Calvary- Still one of the best films from 2014.
5) God Help the Girl- I'm still listening to "I'll Have To Dance With Cassie".
6) How to Train Your Dragon 2- I loved it even more this time. Hiccup is a hottie.
7) My Fair Lady- I kept falling asleep while studying Pygmalion so I HAD to put this on. You know, for studying purposes. Obviously. Totes. 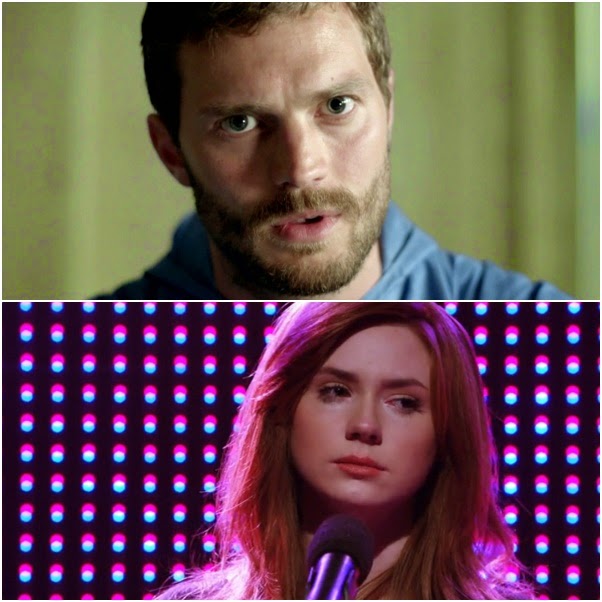 1) The Fall, series 2- Oh what a wonderful, twisted show. I never know what to expect even though I keep thinking that I've finally got it figured out. This series ended in a most tantalizing way and I really hope there is more. a) Favourite episode: "In Summation". Just the interrogation scene alone secured it this spot. b) MVP- Cannot possibly choose between Jamie Dornan's Paul Spector and Gillian Anderson's Stella Gibson. They're both incredible in this show.
2) Selfie (RIP)- I'm still so sad that this show was cancelled. It had sooooo much potential! It was wacky but cute. I really enjoyed it, especially Karen Gillan's and John Cho's natural chemistry. a) Favourite episode- "Imperfect Harmony" Never expected an episode like this. Funny and heartbreaking. b) MVP- I love Cho's Henry but Gillan's Eliza really owned this show. She was so funny and brave and ditzy and I loved her accent.

Note: I couldn't find favourite quotes for The Fall and couldn't decide on any for Selfie (RIP) though I must mention the genius in coming up with something like "The Urineversity of Southern Bladderfornia".


Now for all of 2014: I think it was mostly a meh-bordering-on-shitty year. But yes, film-wise, it was excellent. I watched more movies than I did in 2013. I took part in the Blind spot series even though I wasn't the best at it. I didn't really review anything apart from these films but I hope to change that this year.
I will soon start my "Best of 2014" lists but here are my 10 best first watches among films not from 2014, in order of preference: 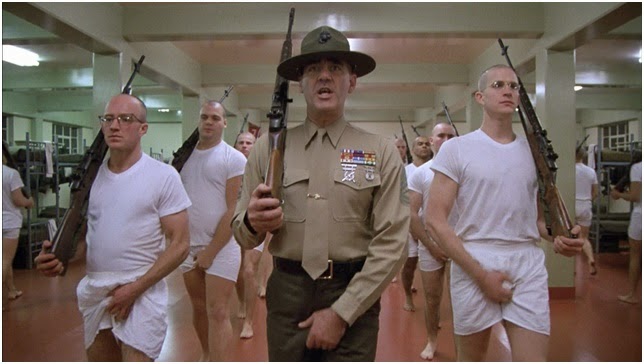 As far as the TV shows are concerned, this was a great year too. I started Buffy (and I will finish it soon, I promise!) and was blown away by its awesomosity. True Blood came to an end and I was with it all the way, unfortunately. New shows like Broad City, The Fall, Jane the Virgin, Fargo and Selfie (RIP) were some of my favourites of the year. I will do a post on these shows soon because I do watch A LOT of TV now.

Uh, musically, I was kind of a cave person most of the year unless you count soundtracks. There were some really amazing soundtracks this year which I'm still listening to tbh. Still, I need to be more musically aware in 2015. #MidJanuaryNewYearResolution