SHE LIVES!! Yes, peeps who still follow this blog (first of all, thank you so much! Second of all, why????), I am back... sorta. I haven't made end of the year lists for the past few years now and that sucks because this was one of my favourite things to do. 2017 was a crazy year for the world and an interesting one for films. I think, if we survive the next few years without a nuclear war breaking out etcetera, that films made 2017 onwards will be studied by future generations for their themes and trends, some of which reflect in the scenes chosen below. So without further adieu, these are my favourite scenes of 2017: Crossing the wall- Baahubali 2: The Conclusion

For those of you who haven't heard of Baahubali, it is one of the biggest films in Indian film history and a massive pop culture phenomenon. Channeling my inner Stefon, it has everything- men with superhuman strength, dysfunctional families, royal intrigue, romantic subplots, elephants, flying ships, legendary cliffhangers, flashbacks and so on. They're a really fun bunch of films completely sincere about their over-the-topness. For that, I have chosen a scene which is easily the most unrealistic, almost to the point of laugh-out-loud absurdity, where the laws of physics are not just defied but recreated from scratch. It's the FUNNIEST scene of the year if not of all time. I can't write more about it, you just have to experience it yourselves. You're welcome, plebs. 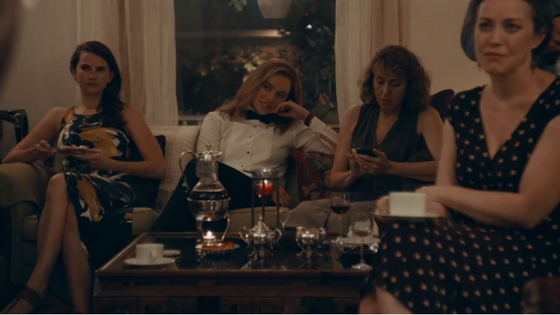 Have you ever wanted to live in a scene? This scene is like all my hopes and dreams of being an intellectual with equally intellectual and lovely friends, hanging out, casually reading gorgeous poetry, realized into a perfect little scene. Gaahhhhh, I want!
P.S. I'm definitely not an intellectual. 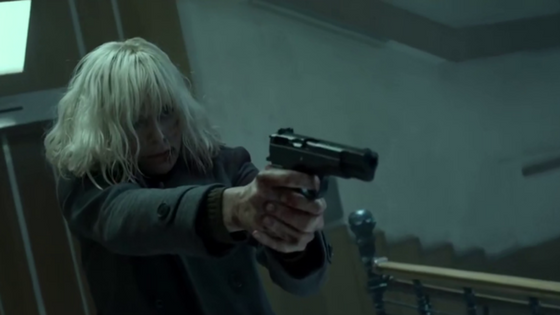 Yes, stairway fight scenes done in single takes are kinda over and done with now but this is a really well directed and thrilling scene. My favourite thing about it is how hurt everyone, especially Charlize Theron, appears which is something usually done away with in order to add a layer of coolness, but here we feel every punch or every fall and the scene is all the better for it. 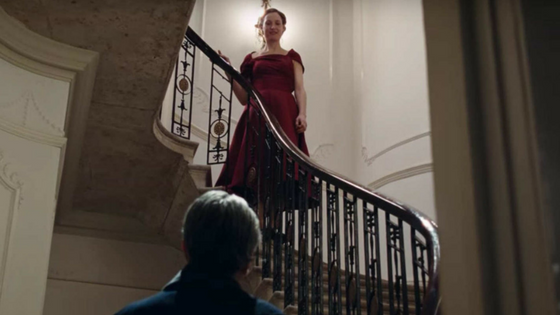 I love me an awkward, confrontational dinner scene and that's exactly what we get here. The zingers, the acting, the frustration- it is all there and it is all delicious. 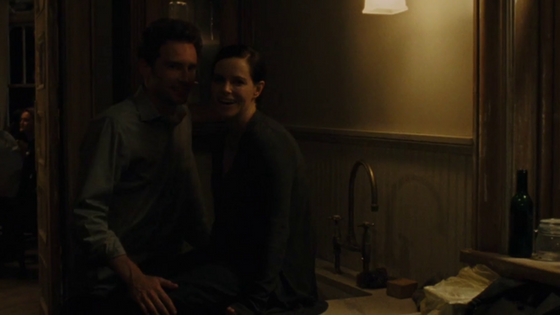 Of course the last act's descent into hell leaves a lasting mark, but I think the Wake is like every introvert's personal nightmare come to life- when you have to deal with a lot of strange people but also cannot be angry because of the occasion (unless they break your sink, of course). The Biblical symbolism and Jennifer Lawrence's acting makes it even better, or at least unforgettable. 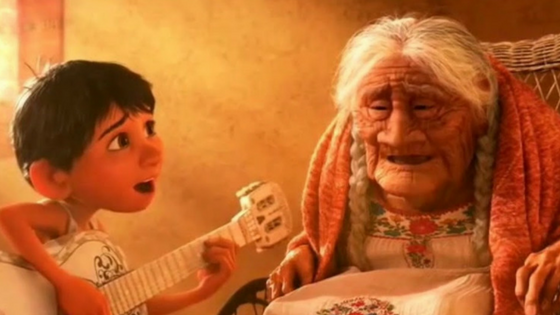 Few things make me cry as much as Pixar. The central themes of this film- family, memories and of course music all culminate in this scene and man, it's a helluva tearjerker. Spoilers but like this was fucking cool. It looked amazing- the contrasting lightsabers, the backdrop, the action. I know people are divided about this film but I don't think anyone was disappointed by this team up. Bonus points for how it ends with the reveal of Rey's origin. 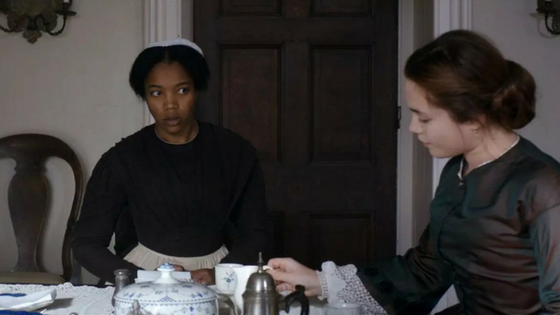 Katherine is an evil bitch, no doubt about it. But when this scene comes along, we're still not aware of how full of poison she is and the terrors she's going to unleash. So, we just watch and enjoy how she handles a really dickish oppressive older white man, and it's just fun. 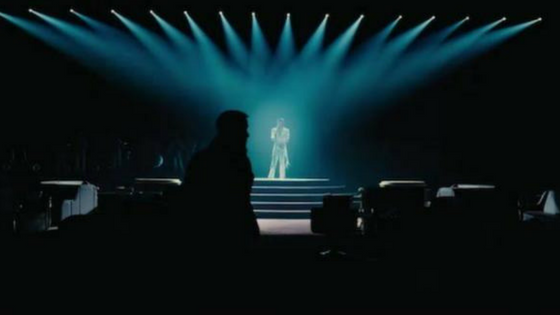 Simply the most aesthetically stunning scene in a film full of them. Elvis!! 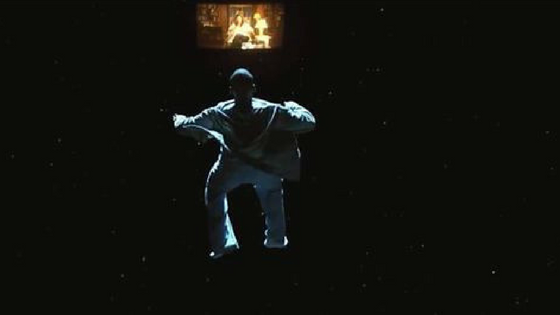 The Sunken Place- Get Out

Apart from maybe the first place entry, this is probably the most symbolic scene of 2017. But it's not just that, it's much more. The sense of dread, helplessness, horror, Kaluuya and Keener's fantastic performances and the complete unexpectedness of it all make it one of the best scenes of the year. 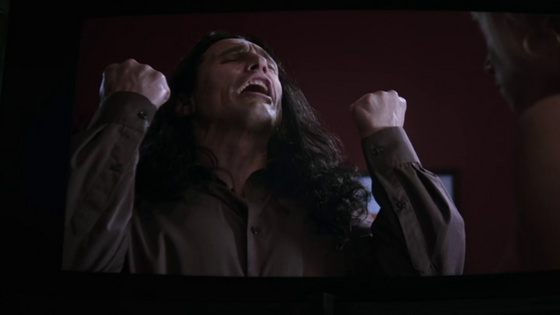 The premiere- The Disaster Artist

Imagine watching The Room for the first time, without being aware of its unique pop cultural position. Now imagine being the person who made it, who has to sit with a blind and blunt audience who carelessly deride your life's work. This scene is really funny and heartbreaking and surprisingly inspiring. What's not to love? 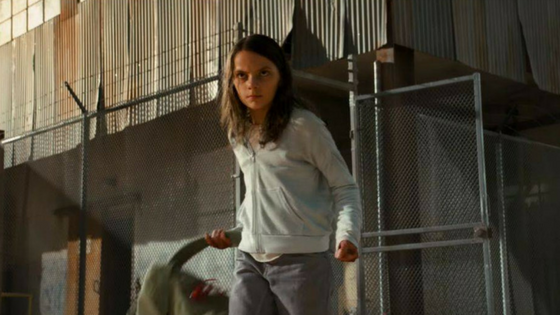 This was one of the coolest, most surprising scenes of last year. Who could've seen it coming? Dafne Keen is the littlest badass ever who makes a big group of strong men tremble in their shoes. Most epic introduction of 2017. 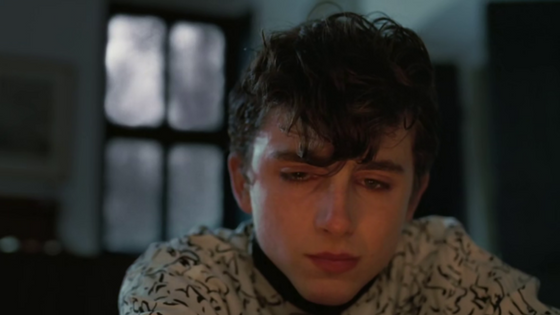 Visions of Gideon- Call Me By Your Name

Okay show of hands- who all were completely destroyed by this?
Me too. So sad. So beautiful. #creys4eva* 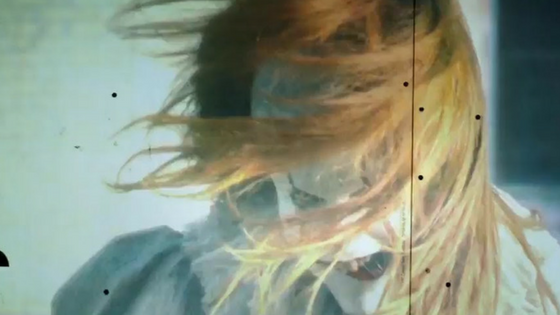 The projector scene- It

2017 was a great year for horror and this was the best old-school horror scene in it. The use of the photos, Pennywise's reveal, the utter powerlessness, Pennywise jumping out of the friggin' screen right at you! So scary and so effective. 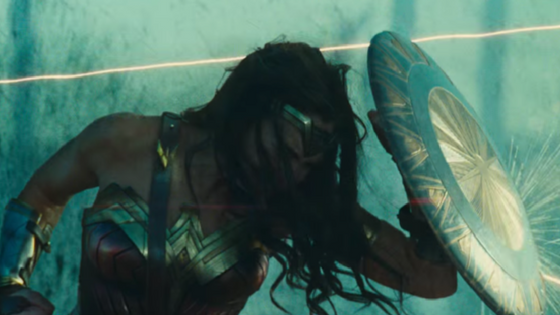 I wrote about common themes in films at the start of this post. I think this scene directly plays into that. There is, what feels like, a sort of shift in the world. Because things are so bad, when something is good, fighting against it, it feels huge. This scene encapsulated that and then some. Symbols are important- they convey so much with so little and Diana, out on the battlefield, with her shield that doesn't seem magical because it is but because how and why she's holding it, deflecting bullets, saving people, being Wonder Woman without anyone even saying it... it wasn't just important, it felt monumental. Groundbreaking. Earth-shifting. I'm so happy it exists and women of all ages can see it.

And that's it! Stay tuned for my favourite performances, films and everything else of 2017. It's good to be blogging again! Let me know what you thought of these scenes and what were some of your own favs!